What Went Wrong with the Star Wars Prequels?

What Are the Odds…Really? Taking a Hard Look at Success

But, after almost 12 years doing this “writer thing,” I have a new perspective. Often it feels like we are the victims of fate, at the mercy of the universe, when actually it is pretty shocking how much of our own destiny we control. The good news is that if we can get in a habit of making good choices, it is staggering how certain habits can tip the odds of success in our favor.

Time to take a REAL look at our odds of success. Just so you know, this is highly unscientific, but I still think it will paint a pretty accurate picture. I will show you a bit of my own journey. It has been statistically demonstrated that only 5% of any population is capable of sustained change. Thus, with that in mind…

Okay, well now we are down to the tens of thousands. Looking a bit better. But, finishing a book isn’t all that is required. We have to be able to write a book that is publishable and meets industry standards. When I first started writing, I thought that everyone who attended a writing critique group would be published. I mean they were saying they wanted to be best-selling authors.

But did they? Or, were they more in love with the idea of being a best-selling author than actually doing whatever it took to succeed? I would love to say that I was a doer and not a talker, but I don’t want to get hit by lightning. There were a number of years that I grew very comfortable with being in a writing group as a writer…but not necessarily a professional writer. I was still querying the same book that had been rejected time and time and time again.  I wrote when I felt inspired and didn’t approach my craft like a professional. I was, at best, a hobbyist and, at worst, hopelessly delusional.

I didn’t need craft books *snort* I knew how to write. Geesh!

So, of the tens of thousands of writers who write a novel, how many read craft books and get serious enough to attend conferences?

And of those who attend a conference, who are asked to send in page requests, how many follow through?

And of the writers good enough to get an agent, how many of them get dead-serious about building a large social media platform?

And of those writers who are published or agented and doing social media, how many of them are effectively branding their names so their name alone will become a bankable asset?

I am not saying that finishing a book is easy. I’m not even saying that getting an agent or being published is a piece of cake. I know, first-hand that becoming a best-selling author is one of the hardest things you could ever attempt. Sometimes I think law school or climbing Everest in flip-flops and a mini-skirt might have been the easy way out. None of this is easy.

It is a lot of hard work and sacrifice, which is exactly why most people will never be genuine competition. When we start out and see all the millions of other writers I think we are in danger of giving up or getting overwhelmed. Actually, if we focus on the decisions we control, our odds improve drastically.

Same with blogging. You guys know I am a huge fan of writers having a blog. Out of everyone who desires to start a blog, only 5% will. And of those, how many will continue blogging more than a few weeks? How many will post every week for years? How many will be self-disciplined enough to post multiple times a week no matter what? How many will have content that is tooled to excite readers and also keep the writer/blogger enthusiastic, too? How many writer-bloggers will write in ways that create a community and build a brand? I teach how to do all of this and more in my new book,  Are You There, Blog? It’s Me, Writer, but how many people will buy this book and put every step to blog success in place and be able to sustain long-term? See, the competition isn’t nearly as steep if we look at how much of our future success is in our control.

I want everyone reading this to feel encouraged. Yes, your family thinks you have better odds of being the next Queen of England than being a successful novelist. Hey, at this point, maybe you even believe it, too. But the odds are actually better than we might believe when we really take an honest look. 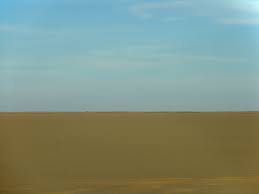 I will announce the winners on Monday. 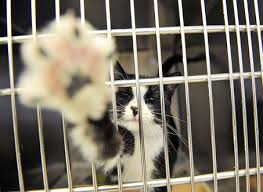