The Key Ingredient for Dramatic Tension–Understanding the Antagonist

Today I wanted to take some time to talk about the antagonist. Why? Well, not only is the antagonist THE most important character, but he is the most misunderstood as well. In fact, that is part of the reason I am teaching a class about understanding the antagonist at the DFW Writers Workshop Conference this next month. I hope you guys will sign up ASAP. This conference has a history of selling out. It is a FABULOUS conference and the keynote this year is a dear friend of mine, NYTBSA James Rollins. Not only is Jim an amazing author, but he is probably one of the finest people I’ve ever met.

But back to the antagonist…

Whenever I blog about the antagonist, I generally get one of the following:

“Well, my character is the antagonist. She is her own worst enemy.”

“What if my antagonist is nature?”

“But my antagonist is a belief system.”

Most of the time, comments like these are a red flag to me that the writer doesn’t truly understand the role of the story antagonist, or what I like to call the Big Boss Troublemaker. And this is okay, because I believe the antagonist is not only the most vital role, but it is also the most difficult to understand.

He is His Own Worst Enemy

Just to be clear, virtually all protagonists, at the beginning of the story are their own worst enemies. That is called character arc. If properly plotted, all protagonists would fail if pitted against the story antagonist in Act One.

Luke would never have bested Darth if the showdown would have happened on Tattoine, minutes after his aunt and uncle were murdered. Luke was his own worst enemy. He was angry, grieving, reckless and untrained. If a protag starts out with his act together, then this is called boring fiction. The protagonist needs room to grow into the hero.  It is the growth that makes great stories.

The Engine of the Story

Conflict is the core ingredient to fiction, even literary fiction. Conflict in any novel can have many faces and often you will hear this referred to as the antagonist. The antagonist is absolutely essential for fiction. He/she/it is the engine of your story. No engine, and no forward momentum. Like cars, plots need momentum or they are dead.

The antagonist provides the energy to move the story forward. Antagonists generate genuine drama. No antagonist, and we get the crazy, unpredictable cousin of drama known as melodrama. 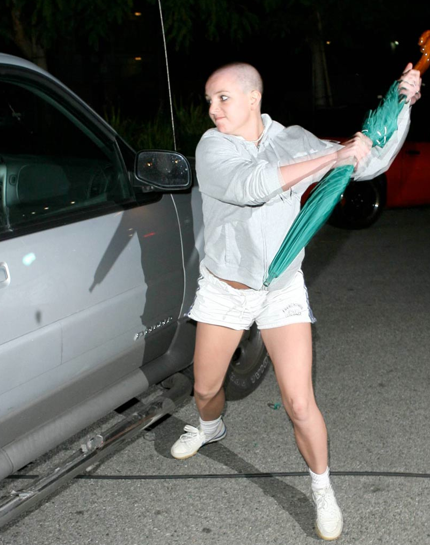 Yet, the antagonist has many, many faces and that is what trips up most new writers.

Not All Antagonists are Villains

Today we are going to talk about the two primary types of antagonists. There is the scene antagonist and there is the overall story antagonist, or what I like to call The Big Boss Troublemaker (BBT). Why? Because the term antagonist confused the hell out of me for years, so I decided to make things simple.

The scene antagonist is fairly simple. In every scene there needs to be a character that offers some form of opposition. Think of your novel as a machine. Each character is a cog that moves the machine and creates momentum. How do cogs move? Another cog must move the opposite direction. A cog with no opposition is a spinning, useless part incapable of providing any forward momentum.

If we are trapped in a theme park that has been overrun by dinosaurs, some member of the party will want to fight and some will want to flee and likely everyone will argue about the precise way to fight or flee.

There will always be a character who wants something different than the protagonist. Whatever this character wants stands in the way of the protagonist’s goal. Each scene goal is like a subgoal to solving the overall story problem. Thus, when the protag is kept from completing subgoals, the overall goal is, by extension, in jeopardy. This jeopardy is what makes readers tense.

Why is this important?

When editing, we must make sure we can look at every scene and say what the goal of that scene is. Then, ask ourselves, “Who is standing in the way?” Characters thinking and pondering does not a scene make. That is called a sequel. To learn more about scene and sequel, I highly recommend Jack Bickham’s Scene and Structure.

One bad situation after another is not conflict. It is wash, rinse, repeat. This is the stuff of bad action movies, not great page-turning fiction.

The scene antagonist is vital, but the most important type of antagonist is what I like to call the BBT—-or, Big Boss Troublemaker. For long-time followers of this blog, we have talked about the BBT before. So this will be a refresher. We never get so good that we can’t use a dose of the basics.

As we’d already discussed, every scene in your book should have an antagonist, but no BBT and you have no story. Your opposition is the most important ingredient for a great story readers will love.

The Big Boss Troublemaker is whoever or whatever causes the protagonist’s world to turn upside down. The BBT creates the overall story problem that must be solved by the end of Act III. This is also who or what must be present at the Big Boss Battle.

In Finding Nemo, the Big Boss Troublemaker was Darla the Fish-Killer. Though we only see Darla a few minutes out of the entire movie, it is her agenda that creates the problem. If Darla wanted a kitten for her birthday, little Nemo would have been safe at home. It is also Darla’s propensity to kill her fish that creates the ticking clock in the race to save Nemo.

The Stronger Your BBT, the Better

In the beginning, your protagonist should be weak. If pitted against the BBT, your protag would be toast…or actually more like jelly that you smear across the toast.

One of the biggest problems I have with new writers is they shy away from conflict. New writers tend to water down the opposition. This is natural. As humans, we really don’t like a lot of conflict…unless you happen to be a regular on the Jerry Springer Show.

It is natural to not like conflict, but good fiction is the path of greatest resistance. The bigger the problem, the better the challenge and thus the greater the hero. When we begin our story, the best stories are when we look at the opposition and ask, “How can the protag ever defeat this thing?’

A fantastic example of this. Go watch the movie, The Darkest Hour. I spent over 2/3 of the movie wondering how on earth humans would survive, let alone have a fighting chance. This movie was terrifying, not because of a lot of blood and gore, but rather because the opposition was so overwhelming it seemed there was no hope of winning. I’ll warn you that the movie is frightening, so those who dare can check out the trailer here. The trailer alone is enough to show what I’m talking about.

The BBT doesn’t have to be terrifying, but he/she/it must be powerful. Think of Rocky. If his big fight was against the band nerd from three flats down, it would make for a lousy story/movie.

What About When the BBT is Not a Person?

The Big Boss Troublemaker doesn’t have to be a person. It can be a storm, like in The Perfect Storm or alcoholism, like in 28 Days or an ideology (religious fundamentalism) like in Footloose.

Ah, but this is where writers can get into trouble. Just because the BBT is not a person, does not mean the BBT will not work through a person. Humans don’t do so great with existentialism, which is why proxies are often so helpful.

We will talk more about this next week.

Note–I’ve been having technical problems lately and am in the middle of rebuilding my web site. Also, my toddler has had an allergic reaction to something and he is home sick, which is slowing me down.

Thus, I am a tad behind and there were so many comments last week I need a bit more time, so I will announce on Wednesday. Thanks for your patience!