3 Myths Writers Need to Ditch Like a Bad Ex 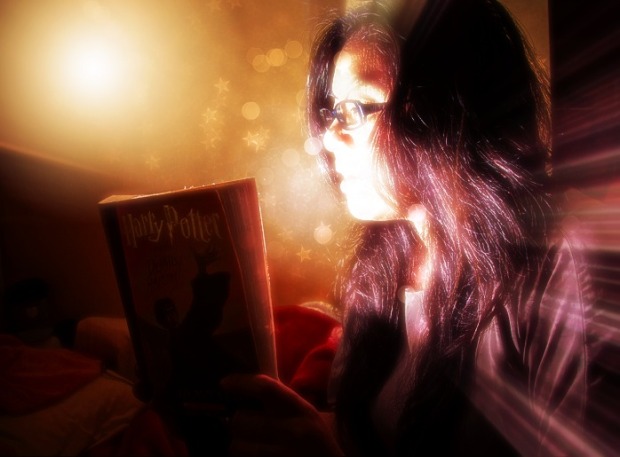 Kristen has graciously handed her blog over to me today while she is recovering from the flu and is locked up in her NaNoWriMo cave.

But Marcy! I don’t want to go on the cart!

If she hits her word count, we can slide a gluten-free brownie to her through the bars later to get rid of the taste of that horrible Mucinex.

But I feel HAPPY! I think I can go for a walk!

Um, one minute. *hushed voice* Fine, you don’t have to go on the cart but get off Facebook and back to writing and let me do the blog for you so you can rest and write. Okay?

Yes ma’am. But could you please get Jami Gold to stop tweeting BRING OUT YOUR DEAD! It’s freaking me out. I think she has it automated with my name in it.

If you would get off Twitter and write, Jami wouldn’t be bothering you, would she?

*sticks out tongue and slinks off with blankie* I WANT BROWNIES! *slams door*

Oh, sorry about that. She’ll be fine. Where were we?

Since Kristen is in captivity, that means no one is around to stop us, so I think it’s time to pull back the wizard’s curtain and reveal a secret to POV. For those who may not know, POV stands for point of view and almost always should be limited to one character at a time or things get very confusing.

Why POV is vital for your story is this is how you are going to slip your reader ever so subtly into the skin of your characters. Get your readers so comfortable they never want to leave. When we make POV errors? It shatters the fictive dream. That is why getting really good at POV is vital. We must maintain the magic.

Here’s the secret that a lot of writers don’t realize about POV.

Many point-of-view errors are simply the flip side of telling rather than showing.

It’s almost as cool as being able to juggle plates while circling a hula hoop. (Actually, I’d settle for being able to do either of those alone. Tips anyone?)

Let me give you a little refresher on showing and telling first before I explain how telling and POV errors are dopplegangers.

Showing happens when we let the reader experience things for themselves, through the perspective of the characters. It presents evidence to the reader and allows them to draw their own conclusions, while telling dictates a conclusion to the reader, telling them what to believe. Telling states a fact.

Bob punched his fist into the wall. (This is showing.)

We could describe men loading dead bodies covered in oozing sores onto a wagon. Our protagonist could press a handkerchief filled with posies to her nose and mouth as she passes someone who’s drawing in ragged, labored breaths. Either of those details, or many others, would show the Black Death ravaging the country.

(If you want to learn more about showing and telling, you might want to take a look at another post I wrote for Kristen about How Star Trek Helps Us with Showing Rather than Telling.)

So How Does This Help Us Catch POV Errors Again?

At first this doesn’t sound like it has much of anything to do with showing vs. telling. Which means it’s time for some examples so we can see it in action. I’ll put the POV error/telling parts of our examples in bold.

Eric was too angry to listen to any more.

When Eric is our viewpoint character, this is telling. We’ve told the reader that he’s angry. We haven’t shown his anger.

Let’s look at another one.

Kate realized she’d locked her keys in the car.

When Kate is our viewpoint character, this is telling. We’re dictating a conclusion to the reader. What do you experience? We can’t see “realized.” We don’t know how she knows her keys are locked in the car. There’s no picture here.

A version of this that I see all the time in my editing work is something like:

He thought about that for a minute.

If he’s our viewpoint character, we’ve told the reader he’s thinking, but we’re not showing them the content of his thoughts.

Elizabeth went to the woodshed to get the axe.

When Elizabeth is our viewpoint character, this is telling. We’re told why she planned to go to the woodshed, but we don’t see her actually get the axe.

One of the things I love most about writing is how everything we learn works together. When we get better at one part of writing, other parts start to slide into place as well.

Yes, it’s Kristen. Just give me a sec before Marcy boots me out. As an editor POV is a HUGE deal. So many new writers screw this up and if you mess up POV your reader will be left feeling like she’s been strapped to Hell’s Tilt-A-Whirl. What is REALLY insidious about POV is, unless you get some training? You won’t see it because you are the creator.

So what often happens is we end up with a bunch of bored or ticked off readers who couldn’t keep in the story but even they can’t articulate WHY. Guarantee you very often the problem was POV. It one of THE most COMMON blunders even I see when I edit.

So please check out Marcy’s book and class because she is a ROCKSTAR at teaching this stuff. And now I am going back in my hole. 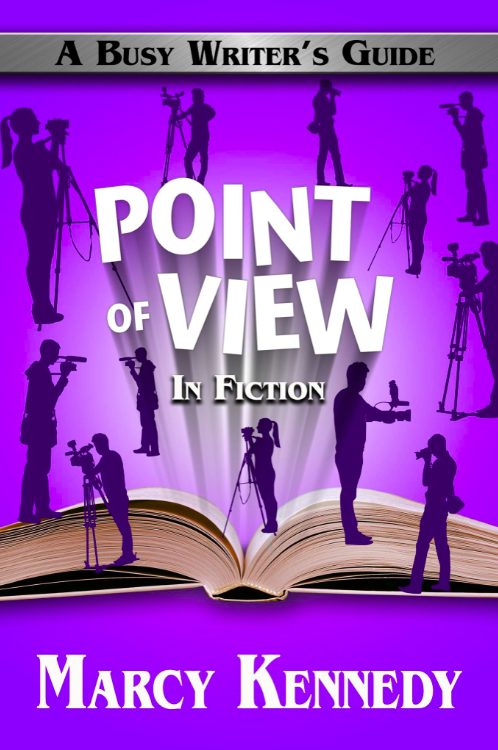 Itís available in print and ebook format and most places (so you can grab it from Amazon, Kobo, Apple iBooks, or Barnes & Noble).

Add some LIVE teaching to go WITH that book. I’m running a W.A.N.A. International Webinar How to Master Point of View on Friday, November 20 so sign up and learn how to make story MAGIC!

The webinar will be recorded and made available to registrants, so even if you can’t make it at the scheduled time, you can sign up and listen later at your convenience.

I LOVE hearing from you, especially when I have guests which is why all comments on guest posts get double-suck-up points. Hey, Marcy is doing me a solid because yes, I am on the mend from the flu, but I still had/have the flu and Hubby is lucky he is cute for getting me sick.