THIS IS A COUP!

Let’s Get Real—Authenticity in Fiction 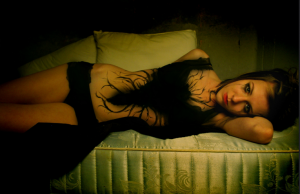 Years ago when I got the idea to write a novel, I did what a lot of new writers do and created the uber perfect protagonist. In fact, when I came up with the original plot idea for The Devil’s Dance, I cast a Sarah Conner badass…and she was dull as dirt and utterly unlikable.

Bizarrely, when those critiquing didn’t like my protagonist, I made her more perfect thinking that would fix it. Um, no. Made it worse. They went from disliking her to kinda wanting to stab her in the face.

Why did I do this? Why did I default to super perfect?

Fear of being authentic. I had no concept of what it was like to be perfect. My family resembled Season Two of the Jerry Springer Show. After my parents divorced, my dad disappeared for years only to resurface and take a job as a cashier at Stop-N-Go so he could get out of paying the originally allotted child support. I was never #1 at anything (unless one counts truancy). Terrible at sports, last to be picked and the first to get nailed in the face in a game of dodge ball. I dropped out of high school…TWICE.

When it came time to write a story, I wrote the version of me that never was and likely never would be. She was…perfect.

And again, dull as dirt.

For a long time I was tremendously embarrassed about all the best material for a great story (stuff I knew, had experienced in MY life). In short, I was afraid to be authentic. So, after countless versions of my perfect character, I relegated her to the recycle bin and started again with a new character…Romi.

I discovered that I was far better at writing messed up people with imperfect lives, lots of baggage who were working through pain in imperfect ways.

Thus, today, I have a guest who is one of my closest friends and has been critique partner of mine for years, Lanette Kauten. She loves literary fiction almost as much as I love tormenting her for loving literary fiction. But Lanette is excellent at creating very flawed and interesting characters with lots of layers, so who better to ask to guest post about writing authentically?

Take it away, Lanette! 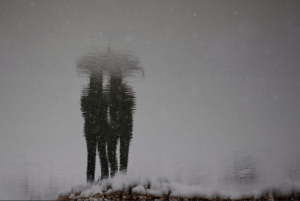 Writing is a great adventure because we get to explore worlds and characters, diving into the psychology of humanity. And we long to share these wonderful stories we’ve created with the world!

In doing so, it’s natural to put a piece of ourselves, our worldview, into the stories. We want to share things—a belief or a bit of wisdom—but the question is how to do it without sounding didactic. Religious writers have a reputation of moralizing their stories and not coming across as authentic.

Is that a fair criticism? Maybe for some, but it’s not a brush that can be applied liberally.

Look at Dean Koontz. He’s a Catholic, and his books are amazing! Sometimes his readers can detect his overall worldview in his stories, but not always. He simply churns out good stories. Though he did write the most kick-ass salvation scene in his “Prodigal Son” series. Let’s also not forget about the works of two other great writers who happen to be Christians—Tolkien and Flannery O’Connor.

But what about books with other religious elements? 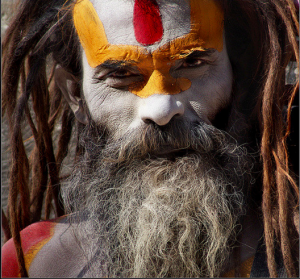 I’m glad you asked because now we’re getting to the crux of this post. Life of Pi is not a Hindu novel. The Kite Runner is not a Muslim novel.

Both of those books portray beautiful stories, and are simply novels told from the worldviews of their respective authors. Yes, the main characters have religious beliefs. It’s part of who they are, and to deny it on the one hand or to make the stories all about that on the other wouldn’t have been authentic. And readers would’ve tossed the books aside without ever thinking about them again rather than gush about how great those two books are. 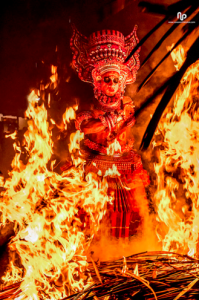 My novels are written from my worldview, but anyone would be crazy to call them “Christian fiction.” My characters are a part of the world they live in and act accordingly.

I don’t attempt to hide from real life or shove my characters into a derivative little box. In one of my books, the main character is a confused atheist who escaped from her upbringing in a weird, Charismatic church. Even though she wants nothing to do with her parents’ religion, one of her closest friends is a Jesus freak guru who owns a club in an art district, and one of his employees is a pothead who believes just as strongly in aliens as he believes in Jesus. 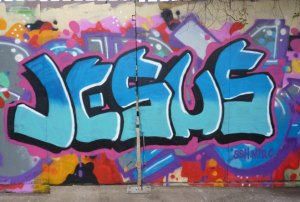 The book isn’t about her struggle with religion, but it’s a part of who she is. To cut all that out wouldn’t be true to her or to the story. However, to make the story about religion wouldn’t be honest either. Here I am as a Christian with a book about an atheist in a lesbian relationship, struggling to figure out where she belongs in this world. I don’t shy away from realistic people and situations.

For me, authenticity is key.

Readers are smart and can detect a false note as easily as hearing a wrong note played in their favorite song. It doesn’t matter what worldview you bring to your story (we all bring our beliefs and experiences into our stories); whether we’re Christian, Muslim, Buddhist, Pagan, Atheist, or whatever, we are wise to be authentic. We must strive to be honest in order to show the world as it really is.

Great. That sounds wonderful. How do we do it?

Share your pain, your loss, your doubts. To be human is to feel. Dump your emotions on that page. Open up your vein and bleed. (Not literally. Please don’t bleed on your computer. It’s sticky.) Don’t shy away from the difficult questions because many of your readers will pick up on that and will feel cheated, and don’t edit your emotions as you write. Editing comes later.

This is similar to vulnerability, but here is where you get to shine. Share your worldview as something personal to you. Beliefs have broad implications, but they also have personal elements. Open up the beauty of that world to us in a way that feels real by focusing on the minute details. So often the smallest things have the biggest impact.

Your characters are key to showing their own authenticity. Let’s say you’re writing a Christian book, and your character is in a difficult position. Maybe she learned that a friend stole some money and that friend knows a secret about her. If she reports her friend, she knows her secret will be out.

What would your character do? Don’t think about the moral lesson you want to impart, but think about her personality, beliefs, what drives her, and how big the secret is (the bigger, the better) and have her act as she naturally would.

I write literary and some women’s fiction, so my novels are grounded in real life, yet when I say you have to show the world as it really is, I don’t just mean contemporary or literary fiction. You can write fantasies or sci-fi with amazing new worlds, but what is that secret ingredient that elevates the forgettable story to the unforgettable one? Writing our characters and stories with honesty.

What are your thoughts? What resonates with you? What do you try to impart onto your characters to make them “real”? Are you like I was and terrified to be imperfect? It’s cool. We all do it. And, frankly, perfect characters also serve a role in other types of fiction (I.e. James Bond), so I don’t want to pick on them too much. Do you enjoy authenticity or prefer the escape of perfection? No wrong answers, btw.

I LOVE hearing from you and comments for guests count double in my contest.

And to prove it and show my love, for the month of JUNE, everyone who leaves a comment I will put your name in a hat. If you comment and link back to my blog on your blog, you get your name in the hat twice. What do you win? The unvarnished truth from yours truly.

OMG, Like How to Write Fleek YA July 7th $40 with Cait Reynolds

OTHER Classes with Cait Reynolds

Research for Historical Romance Writing – Or, How NOT to Lose Six Hours on Pinterest July 8th $35 for Basic/ $75 for GOLD / $125 for PLATINUM