The Pants of Shame 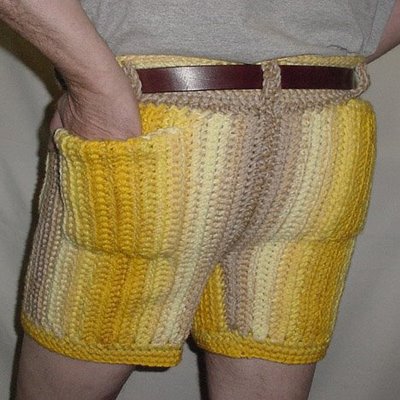 The Pants of Shame are rumored to have been forged in the black bowels of Hell, created by the most unholy of unions–the Knitting Needles of the Damned and the Yarn of Infernal Intent. No one truly know the origin of the POS, we just know their powers can be used for great good or great evil.

Currently, a religious sect of highly caffeinated writers known as the Cult of #MyWANA are in possession of The Pants, harnessing their powers to help writers focus on their WIP lest they be forced to gaze upon the Pants, which have been known to cause temporary blindness and permanent insanity.

The Pants of Shame, much like the Arc of the Convenant, have no known location, but can be randomly spotted on Twitter at #thepantsofshame, guarded by the cult of #MyWANA’s high priests and priestesses.

#MyWANA is a place for the truly faithful, those devoted to a life of penance, meditation and suffering (code for writing). It is only the power of their devotion to the written word that holds the dark powers of the POS in check. The Pants are a gift not to be taken lightly.

May the Pants be with you.

The origin of the pants is shrouded in mystery, so if you have any knowledge of the pants or the true story of their birth, please share below. Random rumors, blatant lies and unfounded conjecture also welcome.