I LOST THREE Followers—Twitter & Tips to Keep from Going CRAZY 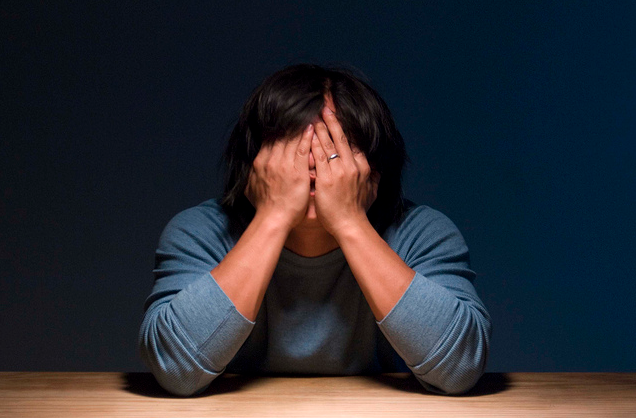 Twitter is a highly effective social media tool for writers when used properly (which is code for DON’T SPAM US ABOUT YOUR BOOK). There seems to be a lot of concern about numbers of followers, but I want to give some advice:

There is only one reason we need to care about Twitter numbers. We need to be following enough people in return or Twitter will not allow us to follow more. There is a certain ratio to be maintained and this is just one of many ways that Twitter combats spammers. If I click on someone and they are following 350 people and have 3 followers? That’s a HUGE clue this is a bot.

Yes, I have over 9,300 followers (I had to look it up), but I was also a member of Twitter before anyone knew what the heck it was. I’ve been on Twitter FIVE YEARS. New people get wrapped up in not having enough followers, but just relax.

Talk to people. Use hashtags. Create relationships. #MyWANA is a great place to start because I warn people once about auto-tweeting then I report them as spammers. A good number of the people using #MyWANA are real people.

There are all kinds of services out there willing to get you a zillion followers for a fee. When you see someone has 25,000 followers, maybe they worked to get that following, but they also could have paid for it.

WANA is all about a team. We work together, thus content travels exponentially, not linearly. I don’t need 25,000 followers to reach 25,000 people. I just need a couple more people with decent followings to tweet or REtweet what I have to offer.

Having 50,000 followers doesn’t translate into influence. It’s akin to me  me holding up a phone book claiming I have 50,000 “friends.”

WANA is a lot about doing more with less. It’s why I stress authenticity. People ignore automation, and they RESENT automation made to look like a real person. I just followed a writer and immediately got this auto-tweet:

Thanks for following! Which do you prefer? Vampires or werewolves?

I’m sure some social media expert recommended this behavior, but it is SPAM and it is ANNOYING. I wanted to tweet back, Actually, I prefer people not to crap up my DMs with automated silliness.

Focusing on the Numbers Can Be a Ticket to Crazy Town

Piper Bayard used to make me nuts with this when I first dragged her on to Twitter back in 2009. She’d have a day where she lost a handful of followers and then she’d comb through her tweets worried she’d said the wrong thing or insulted someone. Instead of focusing on writing, she wanted to eat chocolate and cry.

I never look at my numbers (unless I am writing a blog and I have to get an idea where I stand). We can lose followers for any number of reasons, and often it has NOTHING to do with us.

Aside from Being an @$$clown

Some random woman made a snarky, mean comment about Ice T’s wife and fans went for her digital throat. She practically had to go into Witness Protection, and the comment, I’m sure, was nothing she thought much about before she tweeted it.

Yes, we tweet in our jammies, but we are not alone.

We can be real, fun, chatty, and authentic. We can even engage in deep discussion. BUT if you couldn’t say it at the company BBQ and expect to still have a JOB the next day…DON’T TWEET IT.

As far as losing followers. Ignore the numbers and save the angst.

Reasons We Lose Followers (Aside from Acting Like an @$$clown)

A lot of those who follow us are bots. They could have finally been “found out” and reported enough and Twitter smited them…and now you’re eating a pan of brownies and calling your therapist because Twitter did you a favor and smited a bot.

Some People Get Hacked and Have to Start Over

Some people get hacked and have to close down an account. Often, if you tweet good stuff…they will find you. Depending on how the person is hacked, they could lose all their followers. Don’t freak out. The person hacked will look for you and refollow.

Some People Don’t Have HootSuite or TweetDeck and Get Overwhelmed

People are getting more and more social media savvy, but those of us who use TweetDeck or HootSuite are spoiled. We have a tool that manages all the influx. We can be chatting away, not realizing some Twitter Noob with Regular Twitter thinks we are blowing up their feed and they are having a complete panic attack.

OMG!!! @KristenLambTX never SHUTS UP! She’s tweeted four times in the past 30 minutes.

Often they might unfollow, then complain to a friend…who then shows them the beauty of HootSuite and TweetDeck and then they realize we really weren’t tweeting too much. They had the wrong format to manage any active conversations on Twitter.

And of course there is this: We cannot be all things to all people. Shocking as it may sound there are even people who don’t like me.

I know, right? Which proves there are plenty of people in the world who lack taste and the sophistication to appreciate how awesome we are. They probably hate kittens and unicorns too, so just feel super sad for them and hope they come to their senses.

At the end of the day, focus on people, not numbers, not technology. Have you ever nearly had a panic attack when you saw you’d lost followers? Do you ignore your numbers? Do you now feel super liberated because you have permission to LOOK AWAY?