The Power of Facebook, Friendship & Why We Shouldn't Use a Nail Gun to Slice a Pork Roast

What SHARKNADO Can Teach Us About Writing 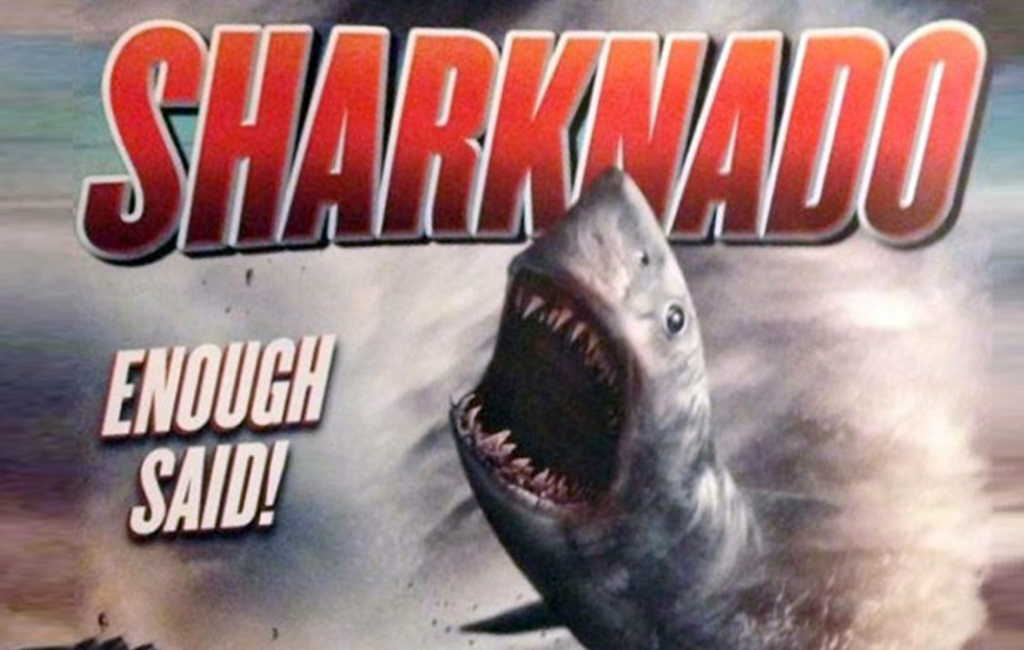 SHARKNADO is a phenomena that is taking the world by storm. I mean, how can it get better? SHARKS AND TORNADOES! Tonight, SyFy is re-airing the show and we will be holding a #myWANA #Sharknado party on Twitter so we can all share in the goofy fun, because sometimes stories are so BAD they are AWESOME.

But what can writers learn from Sharknado?

One mistake new writers make is they feel the need to EXPLAIN, to make an idea PLAUSIBLE. Here’s the thing. The second someone actually decides to give our stories a chance? Belief is already suspended. The Force was better before it was explained. Metachlorians ruined Star Wars. An entire generation had already fallen in love with Star Wars and accepted The Force. We didn’t need to know what it was or what caused it.

Don’t feel the need to break down your idea and make it real. It just has to be “real enough.” Sort of like global warming causing a hurricane so powerful it hurls man-eating sharks at the residents of Los Angeles. We don’t need more than that. 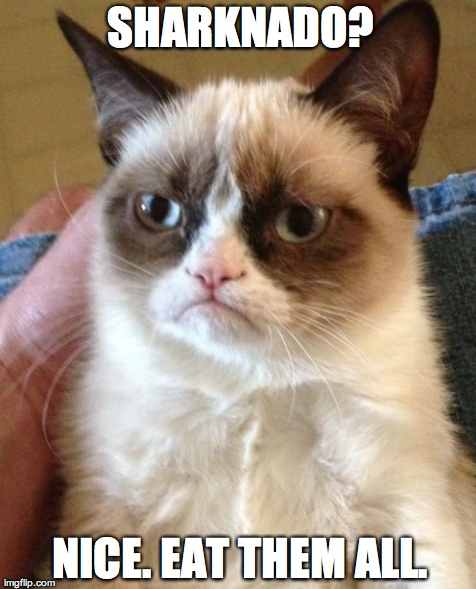 Not All Good Stories Have to Be Literature

A lot of times, we feel we need to write the next Great American Novel in order to be “real writers.” Yet, fiction serves many purposes, and one of those purposes is to purely entertain. We live in a serious world and are bombarded by reality all the time. Escape and sheer fun are valuable.

Yes, we all know we should be eating organic greens and grilled chicken for longterm health, but what would life be like without funnel cakes, deep-fried Twinkies, or chocolate-covered bacon? That stuff is bad for us yet OH SO GOOD. It’s a vacation from being responsible.

Yes, some fiction is meant to highlight injustice and change the world. Yet, a lot of it is just a way readers can unplug and have fun. Fun is food for the soul, so never underestimate that. 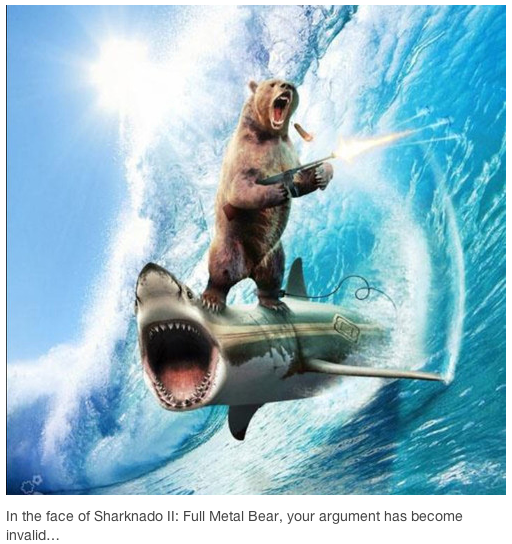 We Can’t Predict What Readers Will Fall in Love With

I just returned from NYC and the traditional publishing business looks to what has sold in the past to try and predict what will sell in the future. They are a business and they have to turn a profit. Numbers are what they look to in order to maximize the chances of publishing a hit (or avoiding something people won’t buy).

Sorry, but people have already had too many vampire books.

I met Anne Rice when in NYC and oddly enough, she was strongly discouraged from writing about vampires when she began her writing career. She was told no one would buy a book called Interview with a Vampire. Fellow writers mocked her and told her what a stupid idea it was and that vampires weren’t “real” writing.

Yet, she believed in the story she wanted to tell.

Vampires had long been portrayed as the villain, and Rice wanted to explore what it would be like to BE the monster. What was the vampire’s point of view? When she was writing this story, Rice had no idea that her initial works would create a passion for vampires (and other creatures of the night) that would not only be turned into movies, but that would inspire countless other works about vampires for generations to come.

This is one of the reasons I LOVE the new paradigm. Instead of relying on bean-counters running numbers to predict the human heart, we can just put our work out there and allow chemistry to ignite if it’s meant to be.

This is why it is so critical to just write the story you want to tell. Forget trends. Don’t stop writing your apocalypse book because agents say “no one wants to buy/read another apocalypse book.” There are no new stories. I could toss out the idea of sharks and tornadoes and my version would be different from yours. The telling is what makes it different. So maybe audiences don’t want another chick-lit book…but they might just fall in love with YOURS.

And what better antagonist than SHARKS IN A TORNADO? Wish I would have thought of that.

What are your thoughts? What are some other things we can learn from Sharknado (other than “taste” apparently has no bottom limit)? Are you as excited about Sharknado as I am? Have you seen it? Is it craptastic?

Here is some more about Sharknado. It airs tonight at 7/6 CST. Hope to see you at the #MyWANA #Sharknado party!

NEXT FRIDAY I will be teaching an on-line course about ANTAGONISTS. Your SHARKNADO is the beating heart of your story. The better the antagonist, the better the story and I am here to help.