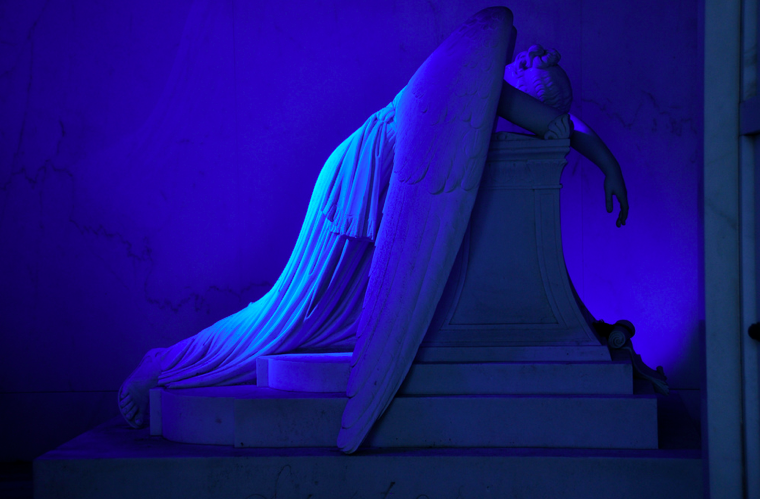 We often hear the saying, “Write what you know,” and that advice can be seriously confusing. Since I’m assuming most of us have never been abducted by aliens, lived on other planets or turned into vampires, the story world would be a very boring place if we followed this advice literally.

Plot and world-building are merely delivery systems for conflict and character—real “human” emotions and experiences. If we write something that’s all car chases, vampire bites and geeky technology we’ve invented, the story will be uninteresting and superficial. I see this in a lot of submissions I review. A writer gets so fascinated with dragons or terrorists or aliens that the body of the work lacks a beating human heart.

Any good story should be able to change locations or points in history and still make sense. A Thousand Acres is King Lear on an Iowa farm. Fiction probes the deep and tender places, exposes our human failures and shows us how we can rise above them. If your story is set on the planet Zoltron, we should be able to take the premise and slap it in Sanger, Texas and it still work.

Some of you might have heard me talk about this, but it bears repeating. In 1999 I planned a surprise birthday for my father. He’d always longed to become a writer, but he since he worked for minimum wage repairing bicycles, he was relegated to scribbling poems and stories in stacks of little notebooks.

I was so excited because my fiancé had purchased my dad a “top of the line” computer with a Pentium processor (supposedly several thousand dollars, which he reminded me of repeatedly). It took EVERYTHING not to give Dad his gift early (I’m notorious for that) and to keep this gift a secret.

Finally, my father would have the tool to become a novelist.

My best friend and I had ordered Dad this silly A Bug’s Life cake because, like me, my father was a perpetual kid with a great sense of humor. He laughed all the time and was like hanging out with a standup comedian. She was busy decorating her home with A Bug’s Life plates and streamers as if the party were for a six-year-old (instead of someone turning 50). It was going to be SO MUCH FUN. 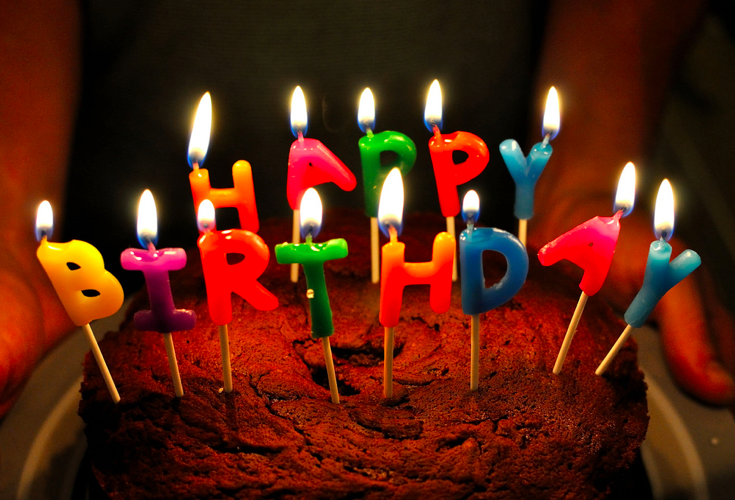 Image via Flikr Creative Commons, courtesy of Will Clayton

So I’d arranged to take him out to dinner as a ruse to spring this party on him. All day, I’d tried to reach him and no answer. I really became worried when I called his work and they told me he’d called in sick. All my life, my father NEVER called in sick. Finally, after calling and paging him a zillion times, I got a call.

He sounded terrible and his voice was strange—high and thin. Of course, he was still joking as I was playing remote-triage-nurse concerned that maybe his flu might be meningitis. As I am asking him symptoms, I’m panicking because this birthday party is waiting to go and it’s looking more and more like I need to get him to an ER instead.

As he spoke his last words to me, the phone dropped to the floor.

In my head, I thought He’s dead, which was weird because my father rode a bike to work. He rollerbladed, mountain-biked, hiked and was more physically fit that someone half his age.

I kept trying to call back and nothing. My then-fiance came in the door and, stunned, I said, “I was just on the phone with Dad…and I think he died.”

Of course, Evil-Ex just proceeded to call me an idiot and a lot of other choice names. Thus, instead of calling an ambulance, I gave in that I was an overreacting dolt and called my grandparents who lived nearby (I was 40 miles away and they were 3 miles away). I begged them to go check on him and drag him to an ER and I’d take care of the bill.

I sent my grandparents to discover their son on the floor deceased. To this day, I’ve never gotten over the guilt. The last phone call haunts me.

Numb, we went to my grandparents’ home to console them and make funeral preparations. All I wanted was my mom, whom I hadn’t seen in years because she lived in Florida. Evil-Ex “benevolently” made plane reservations for her to come to Texas and, when we returned home, he asked where the flight number was. I told him I thought it was in the car.

He spent the next hour yelling at me for being an idiot (and the flight number turned out to be in the car, just where I said it was.)

At my father’s funeral, I chose to sit next to my grandmother who was falling apart, and of course she was. She was the one who’d found my dad’s corpse (apparently there wasn’t a single part of his body that didn’t have cancer). Evil-Ex screamed at me the entire way home because I didn’t sit next to him instead.

Every time I would start to cry, he’d yell at me for being weak. Then, in the weeks that passed, when we’d be in the car, he’d deliberately play the songs played at my father’s funeral, and, if I started to tear up, he’d fly off the handle and berate me for being idiotic.

In fact, I never cried and now, fourteen years later, I still haven’t (his birth-death-day is tomorrow). I suppose this is why the only dreams I have of my father are ones where we find out he really is still alive, and then, when I “find” him, he’s dying all over again.

Before my father passed, I knew I’d inadvertently agreed to marry a sadist, and I’d already planned to leave him. This is why I am very compassionate to those who end up in abusive relationships. Evil people rarely show true colors until their victim is trapped (and evil people do a lot of things to ensnare their victims—finances, alienation from family and friends, emotional abuse, gas-lighting, etc.).

Anyway, not long after Dad died, I tried to use this top-of-the-line computer, only to find out it was a bargain-basement piece of junk that didn’t even work. All I could think was, What kind of person DOES that? Who gifts something they KNOW won’t work?

It took another year of planning and plotting to break free, but I did and never looked back.

Yes, my father died, but my uncle who lived in Colorado with his family returned to Texas. My little brother and his new wife and baby moved here from Florida and so did my mom. We are now a united and very close family.

Though my father’s death, I found the courage to leave Evil-Ex and then become a writer no matter the sacrifice. I also NEVER allowed anyone to treat me the way Evil-Ex did. I learned the early warning signs and ran from anyone who exhibited the traits I’d so foolishly ignored in my youth. And now I have the world’s best husband :D.

This story isn’t to depress you, though I probably have. Sorry.

It’s to show you that we can look on these tragedies and harvest them for story. I KNOW pain. I KNOW suffering. I KNOW evil. I understand the changes in character that must occur to break free, because I LIVED IT.

I believe one of the reasons I write military and law enforcement characters well, is I understand emotional compartmentalization; tucking away the pain to keep pressing on living. I know the long-term effects of failing to grieve, how hard that can be when you’ve tamped down an emotion so long you’ve forgotten where you put it, yet it gnaws at you from some unseen place.

Great antagonists—villains especially—don’t wear black hats and twirl mustaches. They can resemble people who claim they love us. They’re often very ordinary and that’s what makes them terrifying. Serial killers don’t wear signs and foam at the mouth. They look like the polite neighbor (Dahmer) or the elder at church (BTK).

We can all look back to events in our lives—the triumphs and the tragedies—and tap into those feelings and emotions and THAT is what is meant by “Write what you know.” When did you experience great loss, injustice, abuse, evil, helplessness, heartbreak, or illness? When did you experience freedom, joy, love, passion or elation? What did the journey in between feel like?

I like to say that all gold is guarded by dragons. Often fiction falls flat because we’re afraid to battle the dragons to reach the good stuff, but fearful writing is flat writing.

These primal experiences/emotions are the gold, the beating heart of our story that transforms combinations of 26 letter on a page into something REAL, that transfigures them into stories that move people, changes them and makes our work unforgettable.

It’s hard, but nothing worth doing is easy ;).

And, for the record, I’ve given Spawn a love for Star Wars, Star Trek, I, Robot and zombies, and last week taught him to say, “This is my BOOM STICK!” Dad would be proud :D. 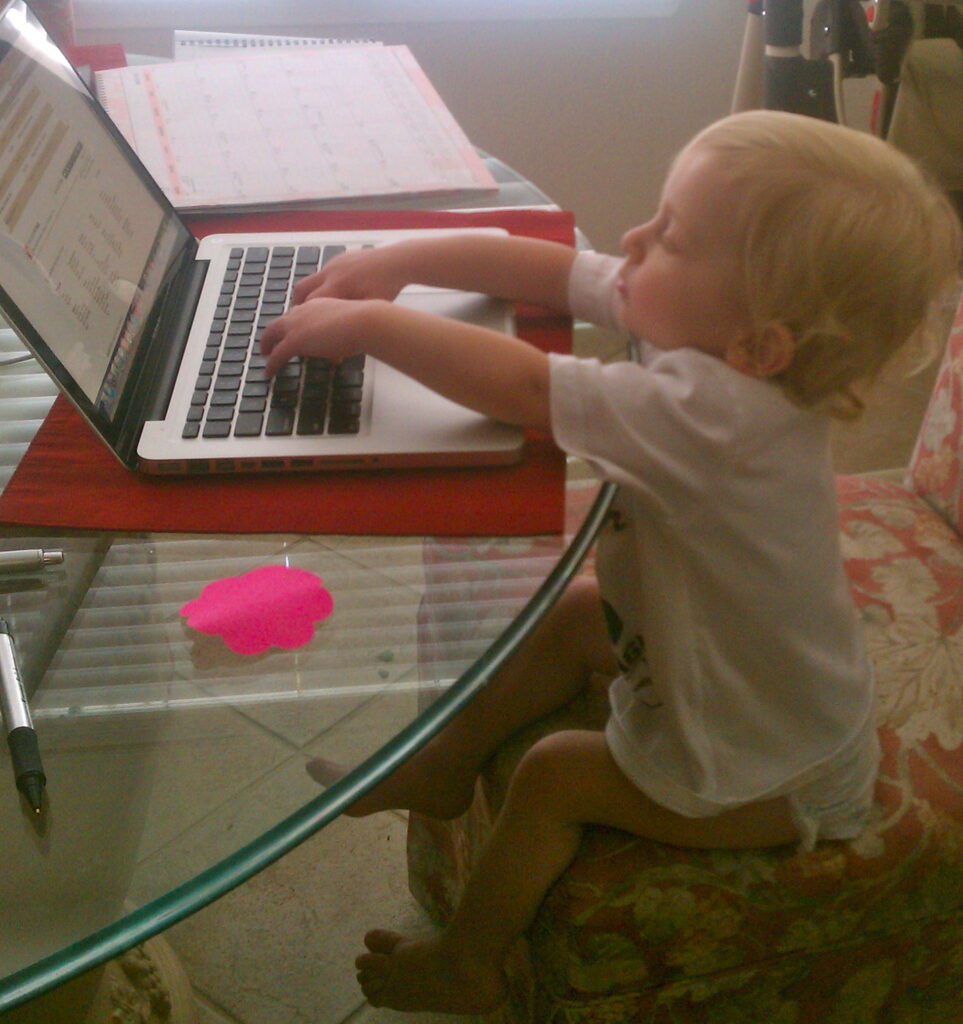 What are your thoughts? Have you ever tapped into a personal tragedy to give depth to story? Or, do you find yourself holding back? Afraid to dive into the abyss?

Announcements: There are a handful of people waiting on their 5-Page revisions. My goal is to have those finished today. Between a stomach flu and WANACon, I am running behind and I didn’t have enough brain power to do your pages justice. I’d rather be a little late than return junk. I want to give your work 1000%. I am also FRIED from working all weekend, so I will announce September’s contest winner TOMORROW. Yes, Kristen IS human.