No Success Without the GRIND 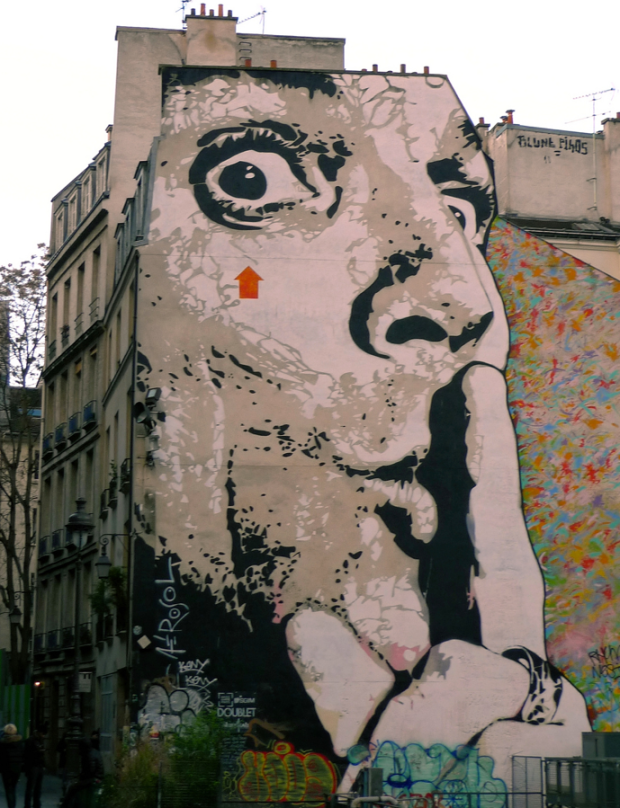 As mentioned in a previous post, one of my all-time favorite series is True Detective. There is a line that’s repeated in the series and it is SO perfect for our purposes today.

Sometimes your worst self is your best self.

It’s tempting for us to create “perfect” protagonists and “pure evil” antagonists, but that’s the stuff of cartoons, not great fiction. Every strength has an array of corresponding weaknesses, and when we understand these soft spots, generating conflict becomes easier. Understanding character arc becomes simpler. Plotting will fall into place with far less effort.

All stories are character-driven. Plot merely serves to change characters from a lowly protagonist into a hero….kicking and screaming along the way. Plot provides the crucible.

Plot is the push that drives the change. Without the plot problem, the protagonist is never forced to face weakness and can comfortably remain unchanged. Plot forces the protagonist to face the worst self in order to eventually unveil the best self.

One element that is critical to understand is this:

All good stories hinge on secrets.

I have bodies under my porch.

Okay, not all secrets in our fiction need to be THIS huge.

Secret #1—“Real” Self Versus “Authentic” Self

We all have a face we show to the world, what we want others to see. If this weren’t true then my author picture would have me wearing a Batman T-shirt, yoga pants and a scrunchee, not a beautifully lighted photograph taken by a pro.

We all have faces we show to certain people, roles we play. We are one person in the workplace, another with family, another with friends and another with strangers. This isn’t us being deceptive in a bad way, it’s self-protection and it’s us upholding societal norms. This is why when Grandma starts discussing her bathroom routine, we cringe and yell, “Grandma! TMI! STOP!”

No one wants to be trapped in a long line at a grocery store with the total stranger telling us about her nasty divorce. Yet, if we had a sibling who was suffering, we’d be wounded if she didn’t tell us her marriage was falling apart.

Yet, people keep secrets. Some more than others. Most of us have secrets we keep even from ourselves 😉 .

In fact, if we look at The Joy Luck Club the entire book hinges on the fact that the mothers are trying to break the curses of the past by merely changing geography. Yet, as their daughters grow into women, they see the faces of the same demons wreaking havoc in their daughters’ lives…even though they are thousands of miles away from the past (China).

The mothers have to reveal their sins, but this will cost them the “perfect version of themselves” they’ve sold the world and their daughters (and frankly, themselves).

The daughters look at their mothers as being different from them. Their mothers are perfect, put-together, and guiltless. It’s this misperception that keeps a wall between them. This wall can only come down if the external facades (the secrets) are exposed.

Characters who seem strong, can, in fact, be scared half to death. Characters who seem to be so caring, can in fact be acting out of guilt, not genuine concern for others. We all have those fatal weaknesses, and most of us don’t volunteer these blemishes to the world.

In fact, we might not even be aware of them. It’s why shrinks are plentiful and paid well.

The woman whose house looks perfect can be hiding a month’s worth of laundry behind the Martha Stewart shower curtains. Go to her house and watch her squirm if you want to hang your coat in her front closet. She wants others to think she has her act together, but if anyone opens that coat closet door, the pile of junk will fall out…and her skeletons will be on public display.

Anyone walking toward her closets or asking to take a shower makes her uncomfortable because this threatens her false face.

Watch any episode of House and most of the team’s investigations are hindered because patients don’t want to reveal they are not ill and really want attention, or use drugs, are bulimic, had an affair, are growing marijuana in their attics, etc.

Characters can be driven to right a wrong they aren’t even responsible for. In Winter’s Bone Ree Dolly is driven to find her father before the bail bondsman takes the family land and renders all of them homeless.

Ree is old enough to join the Army and walk away from the nightmare, but she doesn’t. She feels a need to take care of the family and right a wrong she didn’t commit. She has to dig in and dismantle the family secrets (the crime ring entrenched in her bloodline) to uncover the real secret—What happened to her father?

She has to keep the family secret (otherwise she could just go to the cops) to uncover the greater, and more important secret. She keeps the secret partly out of self-preservation, but also out of guilt and shame.

I’m working on a fiction series and currently outlining Book Three. But in Book One, my protagonist takes the fall for a massive Enron-like scam. She had nothing to do with the theft of a half a billion dollars and the countless people defrauded into destitution. Yet, she feels false guilt. She feels responsible even though she isn’t.

This directs her actions. It makes her fail to trust who she should because she’s been had before. When she uncovers a horrific and embarrassing truth about someone she trusts and loves, she withholds the information (out of shame for the other person) and it nearly gets her killed.

This embarrassing secret is the key to unlocking the truth, yet she hides it because of shame. Shame for the other person and shame that this information reveals her deepest weakness…she is naive and has been (yet again) fooled.

Be a GOOD Secret-Keeper

This is one of the reasons I HATE superfluous flashbacks. Yes, we can use flashbacks. They are a literary device, but like the prologue, they get botched more often than not.

Oh, but people want to know WHY my character is this way or does thus-and-such.

Here’s the thing, The Spawn wants cookie sprinkles for breakfast. Just because he WANTS something, doesn’t mean it’s the best thing for him. Don’t tell us WHY. Reveal pieces slowly, but once secrets are out? Tension dissipates. Tension is key to maintaining story momentum. We WANT to know WHY, but it might not be good for us.

The Force was more interesting before it was EXPLAINED.

They can be small lies, “No, I wasn’t crying. Allergies.” They can be BIG lies, “I have no idea what happened to your father. I was playing poker with Jeb.” Fiction is one of the few places that LIES ARE GOOD. LIES ARE GOLD.

Fiction is like dating. If we tell our date our entire life story on Date #1? Mystery lost and good luck with Date #2.

When it comes to your characters, make them lie. Make them hide who they are. They need to slowly reveal the true self, and they will do everything to defend who they believe they are. Remember the inciting incident creates a personal extinction. The protagonist will want to return to the old way, even though it isn’t good for them.

Resist the urge to explain.

Feel free to write it out for you…but then HIDE that baby from the reader. BE A SECRET-KEEPER. Secrets rock. Secrets make FABULOUS fiction.

What are your thoughts? Questions? What are some great works of fiction that show a myriad of lies from small to catastrophic? Could you possibly be ruining your story tension by explaining too much?

Quick Announcement: Due to popular demand, I am rerunning my Hooking the Reader—Your First Five Pages at the end of the month and I am doing something different. Gold Level includes me looking (and shredding your first five) but I have added in some higher levels and will look at up to 20 pages. This can be really useful if you’re stuck. I can help you diagnose the problems. It’s also a great deal if you have to submit to an agent and want to make your work the best it can be.