When Dreams Go Bad—Dream Sequences, What Works & What Flops

Time as a Literary Device: Unpacking the Parallel Timeline

One reason we might be tempted to use a flashback is to explain or to expound to artificially prop up weak characterization or a weak plot (the training wheel flashback). This is what good editors will cut. Then there is the other way to use time and that is time as a literary device. This is when our going back in time is used intelligently to serve the forward momentum of the story.

Last time, we delved into the idea of a loop around (one form of flashback as a literary device). Sometimes we see a story that is smack in the action and then after the inciting incident the story shifts back in time until it catches up where we began then continues real-time.

I used the example of Christopher Moore’s Island of the Sequined Live Nun. This is looping back in time as a literary device and I explained how this was done. So go HERE if you’d like to explore this method of storytelling. 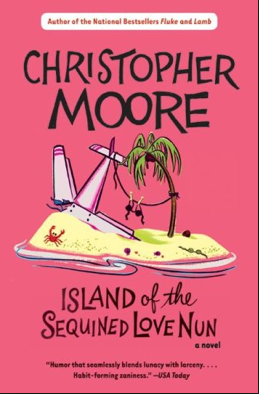 Today we are going to look at parallel timelines.

What happens with a lot of new writers is that they simply see the surface. “Well, in X BOOK the author went back in time quite a lot, therefore flashbacks are AWESOME.” This is true on the surface, but if we dig down and look at WHY and HOW we see a bigger picture emerge. Some of our favorite books or TV shows or movies might appear to be just flipping back and forth in time, but if we can get an aerial shot, we see something more.

Often what the author is doing is running two timelines parallel. The present-day story is the superlative of the two and the reason is that the past has already happened. And when I say “present-day” I mean the most contemporary of the two timelines.

If a woman in The Great Depression is struggling to rebuild her life after losing the farm in the Dust Bowl and she does so by reading letters written by her grandmother during the Civil War, then the gal in the Great Depression’s decisions and thus the RESOLUTION to her struggle will be fed by the secondary timeline.

Unless she has a time-machine and THAT is a WHOLE ‘notha blog 😀 .

An excellent example of this is the HBO series, True Detective. There is a tad bit of spoiler in this lesson, but not enough to ruin anything. I recommend watching and studying this series.

And I like using TV series because if we look at the TIME it takes to watch a full season and then cross-compare that with the TIME it takes to read a novel, the two are far more comparable than a movie and a book. Thus, I do recommend studying series to help with writing a novel because the intimacy with the characters and intricacy of the plot is much more relevant.

Anyway, Season One of True Detective has two timelines. The episode The Long Bright Dark starts us off and it involves two detectives (Rust Cohle and Martin Hart) being interviewed separately regarding a serial killer case they worked together back in 1995.

One might first be tempted to claim, “See! Look at all those flashbacks!” but hold up. WHY are we going back in time? We don’t have two detectives just talking about the Not So Good Old Days. If there was nothing important about the contemporary timeline, then our story would actually be SET in 1995.

The “present day” interview sessions would be contrived filler and likely meet a cutting room floor and for good reason. There is no POINT to them being there throughout unless we have a parallel timeline.

If there was nothing relevant in the present, we’d interview the cops and they’d tell an “I Remember When” story and not a very good one because that would actually KILL most of our suspense because we’d know, no matter what happened they LIVED to tell the tale. So I do recommend that if it is an I Remember When Story, try to maintain suspense.

***BTW, this is a MAJOR reason that prequels are a nightmare to write. We knew Obi Wan had to live to be in the New Hope so we weren’t ever worried.

For a parallel timeline story told in an I Remember When fashion, I recommend both the book and the movie The Green Mile.

In Stephen King’s The Green Mile there are TWO stories running in tandem. The contemporary story of an elderly gentleman in a nursing home who is being bullied intwined with the tale of a prison guard working death row. It isn’t until the end that we see HOW these stories fit together and WHY. The past takes up a lot of storytelling time, but it still is subordinate to the present. Eventually both timelines merge for the conclusion of the contemporary timeline (story) taking place in the nursing home.

What happened to John Coffee cannot be changed, but John Coffee changed Paul Edgecome and so the future is still mutable.

Back to True Detective…

True Detective is NOT an I Remember When story, it is a straightforward parallel timeline. There is a reason these men are being asked about the serial killer they hunted and caught back in the 90s. And the reason is, they didn’t get the right guy. They only stopped ONE bad dude in a nest of vipers and they failed to cut off the monster’s head. Women and children are still disappearing and being murdered (this is actually a turning point in the overall plot of the series).

Remember our litmus for going back in the past.

The PAST must be related to what is going on in the PRESENT and directly impact the FUTURE (how the story is resolved).

In the case of Cohle and Hart, the past is the reason they are in the interrogation room. A case they believed had been solved actually wasn’t and they nailed some low-level dirtbag and not the Big Kahuna. Being in that interrogation room eventually thrusts these two partners back to working together to finish what they started.

The reason we (the audience) are given a tour through the 90s is because all of this story is essential for uncovering the identity of the murderer and exposing a vast coverup (resolving the plot problem). It is also vital to see how these men were as young men, how they interacted, how they fought and why to fully appreciate the place they will eventually end up at the conclusion of the journey (resolving the character arc and story worthy problem).

The parallel timelines are essential for us reconciling past and present both in story and character.

Thus, when you look at your favorite movies or shows or books, I recommend unpacking the WHY and the HOW so you can get a better glimpse of the magic this writer created.

A Quick Announcement: I ran into the first technical problem I’ve had in three years of running classes with my Log-Line Class (probably because my tech person went on vacation for the first time and wasn’t there to babysit me). We had class and an AWESOME time, but something went sideways with the recording. So I am holding it AGAIN July 8th to be able to get attendees that free recording.

The class on log-lines Your Story in a Sentence—Crafting Your Log-Line is $35 and as a BONUS, the first ten sign-ups get to be victims. IF YOU ARE QUERYING AN AGENT, YOU NEED A PITCH. I will pull apart and torture your log-line until it is agent-ready for FREE.

Now that I’ve announced that, what are your thoughts? Does the flashback seem clearer now that we are unpacking the various ways it is employed? Do you maybe see some of your favorite stories in a new light?