21st Century Publishing by the Grace of Gluten-Free Jesus

Common Core and Vegan Zombies—Confessions of an ADD Mother 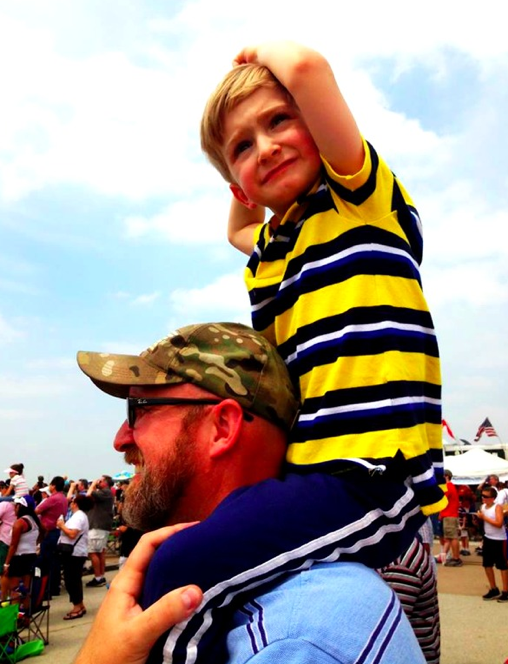 This week I have to go to a parent-teacher meeting regarding The Spawn. They are concerned he is developmentally behind because he’s four and people have a hard time understanding him. His speech isn’t where it “should be.” And this just puts a knot in my skirt.

Now, don’t get me wrong. I want to honestly and lovingly help my son with any challenges he might face, but sometimes I want to scream. We have handed our kids to the bean-counters and academics and the children are the collateral damage.

This Isn’t Our First Rodeo

When The Spawn was two months old, I took him for his first checkup and vaccinations. They wanted to give him and UNGODLY amount of vaccinations at one time and I said no. I wanted to space them out. He weighed only eight pounds and common sense dictated that a tiny body could not take that kind of bombardment.

The pediatrician shopped short of calling me an abusive mother.

Me: Okay, stop there. Doctors also thought radiation for everything was AWESOME and once recommended X-Raying children’s feet to fit SHOES properly. They prescribed Thalidomide for morning sickness which caused rampant birth defects. Every drug pulled by the FDA has first been approved by the FDA. So logic is not on your side, Buddy, and forgive me if I don’t worship the APA, AMA, FDA because I think that’s a good way to end up DOA.

What was particularly interesting was when I took our dog, Pippa, to be vaccinated, she weighed the same. Eight pounds. The veterinarian made me take her in multiple times because a body that small couldn’t take the onslaught of mass vaccinations. I asked if she could be my son’s pediatrician because she had more sense.

Let’s just say I have a history of being THAT Mom.

So a couple weeks ago I hear a commercial for an on-line education system and I’m sure it’s great. But the commercial ticked me off. It’s a mom’s voiceover with touchy-feely music talking about how her son was born with a health issue and spent his first six months of life in a hospital and she was deeply concerned he’d be behind educationally.

All right. I am from Texas and maybe I’m a dumb redneck, but what’s a kid learning between birth and 6 months that needs help from a computer learning tool? Maybe The Spawn is defective because I remember chewing on toes and rolling across the living room floor to be the big deal.

I’m a bad mother. I was letting him teethe on picture books instead of refining his understanding of fluid dynamics. 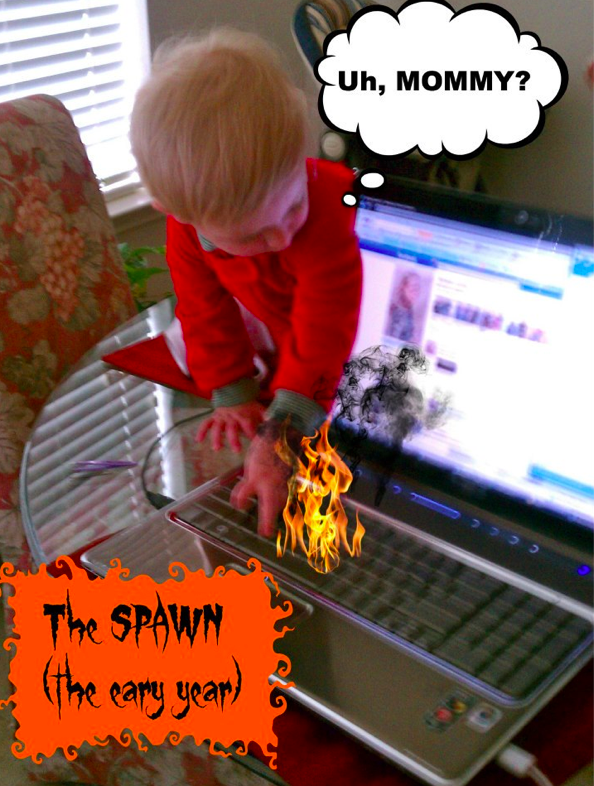 I was always in trouble in school. Yes, I see your shock face. I didn’t learn linearly. I had to reverse engineer everything and still do. I have the mind of an engineer or a ferret (jury is still out on that one). I have to pull things apart to understand HOW they work.

My mom was great. She didn’t force me to sit at a desk and do things the way “normal” kids were supposed to, likely because she already knew The Normal Ship sailed without me. She didn’t care if I did my homework hanging like a bat at midnight wearing a tutu so long as it got done and I made good grades. School, on the other hand, was not thrilled with me hanging like a bat in a tutu and this is why all memories of third grade involve me sitting in the hall. 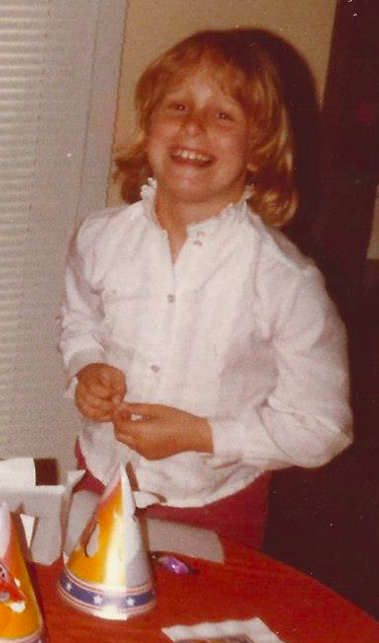 I made the best grades but was in the most trouble and not a lot has changed.

I think standardized testing is fine…no, sorry I think it’s boneheaded. It has nothing to do with knowledge and only tests one’s ability to take a test. I scored so low on my SAT I think they had to check me for a pulse. I started out in junior college in Moron Math while I tutored Chemistry and Physics for extra money and read books on Chaos Theory for fun.

The “Test” told them what math class I needed and the Test doesn’t lie.

I dropped out of high school twice. It took me five years to graduate by the skin of my teeth and I am the reason for the current truancy laws. But, in my 20s, I spoke four languages and earned a degree in International Relations with a heavy emphasis on Political Economy of the Middle East and North Africa. I was a killer code-breaker and every branch of the military wanted me in Intelligence. So that whole reverse-engineering I received Fs for in school was apparently very useful after all.

Ironically, this skill is what makes me an excellent teacher.

What is Standard Anyway?

Either let our teachers be teachers and do their jobs and their art (which teaching IS) or just be honest and hand them a white lab coat and a clipboard and be done with it. Reward the kids with a Nutri-Log if they can figure out how the hell Common Core Math works.

And this whole notion that “Your kid is this age and should be doing this” would be fine with me if it weren’t worshipped to the point of stupidity. Yes, we need benchmarks. We need to know areas to focus so we can guide and nurture our wee ones. And maybe The Spawn is verbally behind because he loves solving highly advanced puzzles more than talking. He’s like his parents. More like Shawn cuz I never shut up, but dig puzzles.

Our boy is FOUR. For the love of all that is chocolate, let them be BABIES. Let them be LITTLE. It is such a brief and beautiful time and we are forgetting that. 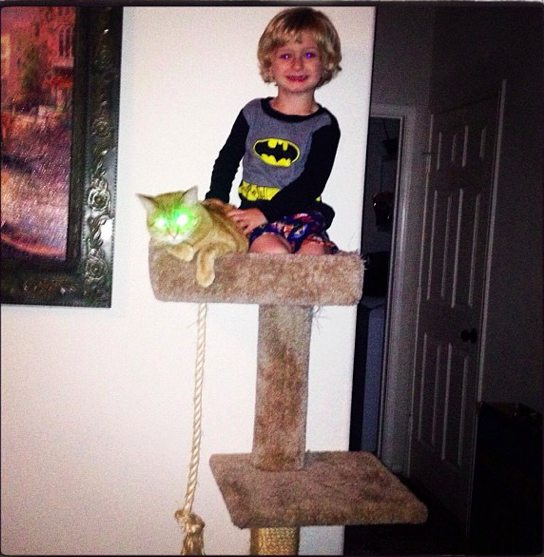 Bat Spawn and his trusty minion, Lazr Cat. And, no. I have NO idea how he got up there.

They’re kids not copies. No human is identical. We don’t come off an assembly line. Can someone please tell the bureaucrats and scientists that they will never create a single operating manual that will work on all of us.

Michelangelo was dyslexic. DaVinci nearly lost every commission he was given. No one wanted to work with him because he was a NOTORIOUS flake. He’d start a project then see something shiny and disappear for weeks or months. He was SEVERELY ADD and that’s a good thing because we can thank him for his art, his groundbreaking work in anatomy, his early designs of flying machines and SCUBA gear and on and on.

Einstein likely had Asperger’s. Walt Disney was considered slow. Churchill had a speech impediment and was bad at math. Agatha Christie had dysgraphia (an inability to  understand written words) yet grew up to profoundly impact an entire genre with her unique writing style.

What if these geniuses had been in our modern school system? I think they’d have been sitting in the hall, too. Maybe the “experts” would have even medicated the genius right out of them so they could grow up to be something soul-sucking…with dental benefits.

No I’m Not Crazy. My Mother Had Me Tested.

I know I might be overreacting. I’m a writer and we can be dramatic, but often I think it’s because so many of us were chastised for being different. We didn’t fit in. We couldn’t be “measured” as accurately as others. Maybe we even were told we were learning disabled. Because my brain works differently than the fat part of the bell curve, I am disabled? Really.

Yes, I wrote a half a million words in less than a year…I also put the mayo away in the microwave.

And The Spawn is SO funny and clever. He made up the death metal song “Zombies and Babies” at age three. Not long ago he started singing “Zombies and Pears.”

Me: Zombies and pears? Zombies eat brains. What kind of zombie eats pears?

And HOW do you argue with that?

What are your thoughts? And feel free to disagree with me, I only ask that any debate be polite. I’m anti-drone so feel free to offer me another POV. It’s how I learn. Maybe there is a perspective I haven’t considered. The Spawn is my first and only boy, so this is new. Any of you have suggestions? Ways I can prepare for this meeting? I am bringing Hubby so he can hold my leash and make sure my muzzle stays on.

Do you think all this college-prep crap’s gone cray-cray? Maybe SAT instruction for pregnant women to put on their bellies?

Are you frustrated that every year they seem to be putting our teachers in a tighter straight-jacket? Are you one of those kids who sat in the hall, too? Hey, we’re Hall Peeps! Any teachers who can offer some help, advice, anecdotes? Do any of you  “suffer” from a learning disability? Has your “learning disability” actually been your greatest asset? I know my ADD presents many challenges, but so does being boring.

How have you overcome your disability? And sorry, that last question still ticks me off. WE need to overcome? Maybe “normal” folks should have a moment in our brains and see what they’re missing…SQUIRREL!

I will announce April’s winner after waking from the conference coma in a couple days.

If you want more help with plot problems, antagonists, structure, beginnings, then I have a FANTASTIC class coming up to help you!

If you are struggling with plot or have a book that seems to be in the Never-Ending Hole of Chasing Your Tail or maybe you’d like to learn how to plot a series, I am also teaching my ever-popular Understanding the Antagonist Class on May 10th from NOON to 2:00 P.M. (A SATURDAY). This is a fabulous class for understanding all the different types of antagonists and how to use them to maintain and increase story tension.

Remember, a story is only as strong as its problem 😉 . This is a GREAT class for streamlining a story and making it pitch-ready.

Additionally, why pay thousands for an editor or hundreds for a book doctor? This is a VERY affordable way to make sure your entire story is clear and interesting. Also, it will help you learn to plot far faster and cleaner in the future.

I’ll be running the First Five Pages again at the end of May, so stay tuned.

And, if you need help building a brand, social media platform, please check out my latest best-selling book, Rise of the Machines—Human Authors in a Digital World.