The Three "Acts" of a Writer's Journey—From Newbie to Master 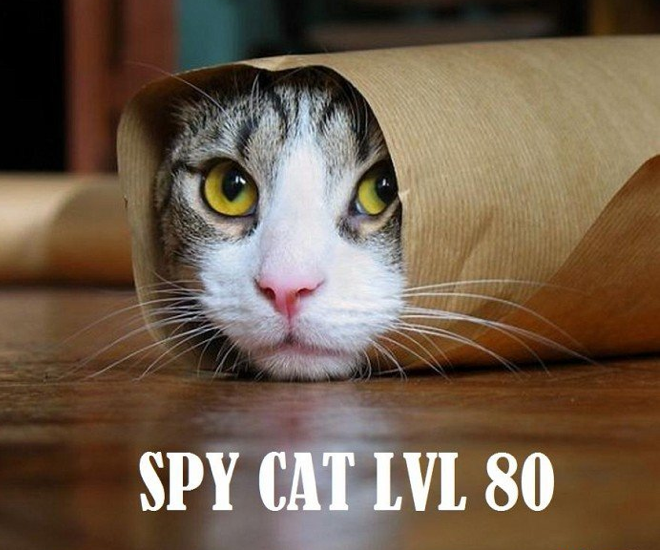 Piper is back to guest post once more. I’m scrambling to catch up after being flattened from travel/work. Le sigh. Also have to get my NaNo tools together. Coffee, candy, energy drinks, stun gun, duct tape. So enjoy your Halloween. It’s kind of like New Year’s Eve of the Writing World. Party hard and have your fun because tomorrow….

Anyway, if you happen to be working on an action or thriller or some book involving those of the intelligence community, this post will help tremendously. Great writers ALWAYS do their homework. No one cares about our glorious prose if we goof something that five minutes on Google would have answered. But for the stuff maybe Google CAN’T answer? We have Bayard and Holmes…

Spy thrillers are a staple of genre fiction, and a good “Bond” never goes out of style. However, a bad “Bond” can have those in the know throwing your book out the window of an Aston Martin faster than you can shake your martini. My name is Bayard. Piper Bayard. And my best friend and writing partner, Jay Holmes, is a 40-year veteran covert operative. I’m here today to help you write books that stay inside the sports cars.

Sean Connery and his Aston Martin
Image from Goldfinger
Many books have been thrown from this car.

Cover operatives are . . . wait for it . . . covert. Unlike James Bond, covert operatives don’t reveal their identities, and especially not while on missions. Even decades after they are out of deep cover, they keep their work to themselves. That’s because when they are revealed, former assets and current loved ones alike can become targets.

That also means that, when a celebrity author shows up in an “I’m a Spook” T-shirt flaunting a “covert” career, it’s a dead giveaway that though she may have done some great and necessary work with an intelligence agency, she has never been a covert operative in the field. Covert operatives must forever keep a Chinese wall around their true identities.

Yeah, I know. Then what’s with the title of this article? I hadn’t gotten to tell you that “spies” are actually “spooks” yet. I didn’t want to confuse you on that point before you got this far.

Holmes and his ilk are “spooks,” not spies. As Holmes says, “Spying is seamy. It’s what the Russians do.”

Spooks refer to each other lightheartedly as “spooks.” That’s also what military personnel call them when military and intelligence operations overlap. For example, if an intelligence team is working in a secured area of a ship, the crew refers to them as “the spooks.”

There is no official Dictionary of Spook Terminology, but the proper terms for spooks are “intelligence operatives” and “intelligence agents.” By habit, “operative” is used by CIA personnel when they are talking among themselves or reviewing an operation, and “agent” refers to someone – usually a foreigner – who is collecting information in a foreign country. Intelligence personnel are the “operatives” who are managing the foreign “agents.”

3. DO put on your spook’s seatbelt.

Car chases happen, but they don’t happen without seat belts. Every now and then, a spook might have to drive the wrong way up a one-way street or wheel down the Spanish Steps. *cough, cough, Holmes, cough, cough* But when he does, he wears his seatbelt. Religiously. “Because you can’t finish the mission if you’re dead.”

4. DON’T let your spook duck into a doorway to spy on her target.

That’s a good way for a real spook to get dead.

One of the first things spooks must learn about following people is to not be followed themselves. It’s common for bad guys to have their own people tailing them to pick up any newcomers, so spooks can’t only focus on who’s in front of them. They have to be acutely aware of who is behind them, too. If they duck into doorways and peek around the edges, they are making it obvious to anyone behind them that they are watching someone.

That means that if a spook wants to watch someone from a doorway, she has to take her eyes off the target, go all the way inside a building, and only turn around once she’s out of sight of the street. Then she can come back out and stop in the doorway under some other pretense than watching someone. It also gives her the chance to handle the bad guy’s trailing entourage.

How many times has Bond ordered room service? And how has that worked out for him? You’d think he would have learned after Rosa Klebb’s stunt in From Russia with Love that this is a seriously bad idea. Even the spooks in the otherwise realistic movie Act of Valor ordered take out and paid the price.

This isn’t only because of the opportunity for an enemy to poison them, it’s also because it’s generally bad juju for spooks to invite strangers into their space when they are on missions. In fact, Holmes won’t even have a pizza delivered to his house. The only food he actually enjoys is his own, his wife’s, or mine if it includes chocolate, and only then if he is eating at home or at the home of a trusted friend.

These are only a few of the most common blunders that Holmes and I see in movies and books. If you’d like to learn more about writing spooks, keep an eye out for Truth & Fiction posts at Bayard & Holmes.

Do you have any questions? I will answer some here in the Comments section and some on posts over at Bayard & Holmes.

We have some wonderful prizes for readers to celebrate the release of our debut novella, THE SPY BRIDE, in the RISKY BRIDES Bestsellers’ Collection. Sign up for the Bayard & Holmes Newsletter and be automatically entered to win a Secret Decoder Ring, a stash of Ghirardelli chocolate, or a bottle of sparkling wine from Mumm Napa vineyard.

RISKY BRIDES . . . 8 genres. 8 novels and novellas. 8 takes on what makes a RISKY BRIDE. Now on sale for a limited time at only $.99 and available at Amazon, Barnes & Noble, iBookstore, and Kobo.

Piper Bayard is a bestselling author and a recovering attorney. Her spy thriller writing partner, Jay Holmes, is an anonymous senior member of the intelligence community and a field veteran from the Cold War through the current Global War on Terror.