Social Media for Authors—Beware of Experts

Your Story Has HIT a WALL—What Now? 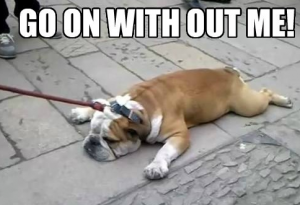 If you’ve been writing fiction any length of time, you’ve probably experienced getting stuck. There are authors who firmly believe there is no such thing as writer’s block, that it is lack of discipline and I agree that can often be the case.

I feel our subconscious is an excellent writing partner if we can learn to listen and stay in tune with it. Frequently, when something is very wrong, our subconscious will simply slam the breaks and not let us move forward because it is warning us there is something that needs to be fixed.

But, if we are unaware of the role the subconscious can play in story creation, we don’t recognize what is going on and do one of three things: 1) Shelve the project 2) Start a new project 3) Keep writing ourselves deeper into that hole by sheer force of will.

Thus, today I want to give you some tricks that might help you when you find yourself stuck. 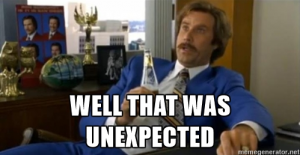 Different stories require different POVs. And I would love to give you some step-by-step explanation but I don’t have one. They just DO. Take a plot problem and seriously, POV changes the whole thing. Lord of the Rings written in first-person present-tense would be a very different ride.

Often we get a story idea and we just take off writing in the POV we find most comfortable…but it simply doesn’t work with the story. I had this happen with my debut novel The Devil’s Dance. I started writing in third limited and it was just….meh. I had never written fiction in first-person so to get unstuck? I changed POV and? It worked!

And the thing is, maybe you don’t stay in that POV. Sometimes just taking a scene and shifting POV is enough to nudge the subconscious over the hump. 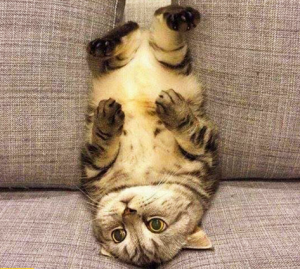 Also, if a scene is bugging you, literally change POV. Not the third person to first-person way I just mentioned. But switch heads. Tell what is happening from another character’s perspective. Again, probably not something you will keep because not every character is a POV character, but this can help get the mojo flowing again.

Sorry I am mentioning my debut novel a lot, but it was a hell of a learning curve. Again, this happened with The Devil’s Dance. I had my plot idea, which was pretty cool *gets cramp patting self on back*. I knew I wanted a small town in Texas and people dying and it had to do with the town’s newfound prosperity and Mexican drug cartels. My imaginary town, Bisby, was a wide space in the road that suddenly went BOOM. Instead of trailer parks, there were wine bars and million-dollar homes.

But originally I cast a resident of this small town and she was an Army veteran home from Afghanistan who was working at her uncle’s gun range. Nothing per se wrong with it, but she just kept falling flat. She was a former soldier and all badass and…boring as hell. So, I kept the plot idea and went the complete opposite direction.

Instead of some female action hero, I cast a protagonist who would be completely out of her depth. She was a disgraced software salesperson who’d done everything to escape Bisby and the trailer park where she grew up…who was then forced to go home to her crazy-as-a-bag-of-cats family and becomes the only one who can save the town she’d spent most of her life running from. I patterned her character off Elle Woods from Legally Blonde.

And it ROCKED! The story flowed because the idea just worked better with an unlikely hero. 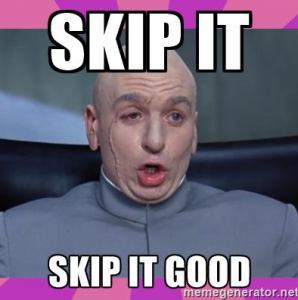 Again, our subconscious is our friend so let it work its magic. Recently I got onto my coauthor Cait about locking in her teeth and not letting go. We are writing a Western Horror and she’d had this scene she had been futzing with for weeks trying to get it perfect.

So first of all, perfect is the enemy of the good. On a first draft there is NO sense in perfecting anything because there is almost some hidden law that states the scenes most likely to be cut or completely rewritten are all the ones we spent far too much time fiddling with.

Sometimes, it helps to just write (in caps) what happens then move on.

Cait was tasked with killing a goat and apparently that was way tougher than either of us imagined it would be when plotting this goat’s demise. In our defense it is no average goat. It is a goat risen from the dead with a taste for human instead of petticoats. Now Cait messed with it and messed with it and finally got it to work but in fairness, if it had been my scene?

I would have written as much as I could then put AND THEY KILL GOAT IN SUPER SPECTACULAR WAY and then moved on and let my subconscious chew on it.

As you are writing, trust me, your subconscious is working on how to kill that goat D-E-A-D and often will come up with something FAR cooler than if we gut through it.

So my writing advice?

Sometimes the best way to kill a goat is to jump the goat.

A lot of writers cringe when we instructors mention doing this. You may be yelling, But I am not a plotter! I don’t outline! I am a pantser! And I will say, that is still no excuse. All stories must have a core story problem in need of being resolved. We should be able to say what our book is about in ONE sentence. Especially the pantsers. If all you know is the core problem in need of being solved? That is enough. And if you don’t know this, then prepare to spend months or years fixing a mess (if it can even be fixed).

As complex a story as Lord of the Rings is, I can fit it into ONE sentence.

A naive and innocent race of homebodies must traverse a dangerous realm to toss an evil ring in a particular volcano before a power-hungry necromancer takes over and destroys all they love.

How does this story end?

Say Tolkein got stuck somewhere in Rivendell. He could have theoretically skipped ahead to Mt. Doom and wrote that and then what is left are two defined points and a missing middle. It is often FAR easier to connect two defined points than to start from point A and keep going into infinity with no idea where it will end.

And again, you don’t have to keep that particular ending. It can be rewritten, but again, it gives the subconscious something to work with.

Ask yourself, How do I know when my story is over? And that is your ending. If you want help smooshing your tome into a single-sentence, I have a class coming up on that and I will help you do it and show you how you can do it yourself in the future (Your Story in a Sentence—Crafting Your Log-line).

What are your thoughts? And make sure to check out the upcoming classes below! Especially the Book Bootcamp! The bootcamp has all the instruction you need to write your novel AND to learn to plot and write QUICKLY. They key to making money in this business (even in legacy) is lots of titles.

****The site is new, and I am sorry you have to enter your information all over again to comment, but I am still working out the kinks. Also your comment won’t appear until I approve it, so don’t fret if it doesn’t appear right away.

And to prove it and show my love, for the month of APRIL, everyone who leaves a comment I will put your name in a hat. If you comment and link back to my blog on your blog, you get your name in the hat twice. What do you win? The unvarnished truth from yours truly.

Be a Better Hooker (How to Write a Compelling Newsletter)

In this class, learn how to compose a newsletter that is entertaining and compelling—and all without stealing most of your writing time. Learn how to get your hooks in your readers and keep them until the end.

With a mailing list of over 15K subscribers, mystery/thriller author Jack Patterson will share some of his tips that will spice up your newsletter and get your subscribers opening it up every time you send one out.

Book Bootcamp GOLD $269 ($430 VALUE) This includes the log-line class, antagonist class, the character class AND a three-hour time slot working personally with ME. We will either plot your idea or, if your novel isn’t working? Fix it! Appointments are scheduled by email. Consults done by phone or in virtual classroom.

Growing an Organic Platform on Facebook $40 May 6th, 2017 Lisa Hall-Wilson is BACK! She is an expert on Facebook so check out her class!

Method Acting for Writers: How to Write in Deep POV $85 for this TWO WEEK intensive workshop with editor and writing instructor Lisa Hall Wilson.