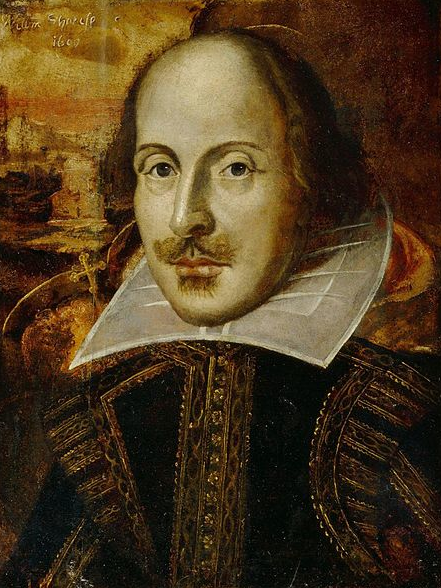 In the last post, we had a little bit of a debate about literary fiction versus commercial fiction in the comments, thus I wanted to take a moment to point out something very important. Just because fiction is commercial, doesn’t mean it’s the equivalent of Transformers Part 5. Commercial fiction runs the gambit from fluff that is just there for fun entertainment to multi-dimensional, powerful writing.

I want to point out that Shakespeare’s works were all commercial fiction. His plays were written to entertain regular, illiterate working people. BUT, why his works were so brilliant was that they were multi-layered, threaded with nuance, symbolism, and powerful themes. His work could be understood and enjoyed by “common” people, but there were references that captivated, challenged, and even upset the highly educated.

We still study Shakespeare to this day. Just because our work is “commercial” doesn’t mean it’s plebeian. Conversely, just because a work is loaded with fancy words and references that only a PhD can understand, doesn’t make it good literary writing.

Layers and Complexity Make the Difference

Oprah Winfrey in “The Color Purple”

Joy Luck Club, Winter’s Bone, Lonesome Dove, The Road, The Color Purple, are all good examples of literary works that were multi-layered. I watched Lonesome Dove and enjoyed it when I was 15. Maybe I didn’t catch every reference, theme and nuance my grandparents did, but I could enjoy the story at least on the surface level.

In my opinion, the best literary works are the ones with the skill to entertain all audiences in different ways. But, at least that’s my opinion.

Back to the commercial side…

One of the reasons that Monty Python’s The Holy Grail is one of my all-time favorite movies is because the writers employed the same layers of brilliance. I first saw the movie when I was 5 and laughed at the knights hopping around clacking coconuts. The Black Knight was my favorite. It was basic slapstick even a 5 year-old could find funny.

As I grew older and studied more history, more and more references, layers of comedy and double entendres, that, before were hidden, bubbled to the surface. To this day, I still catch new references, making The Holy Grail funnier every time I watch.

Who made you King? I didn’t vote for you. We’re an autonomous collective.

Help! Help! I’m being repressed! Come! Come and see the violence inherent in the system!

Thou shall count to three, and the number of the counting shall be three. FIVE? Is RIGHT OUT!

The point I am trying to make here is that literary fiction and commercial fiction are not polar extremes people might believe. Commercial fiction doesn’t automatically mean the fiction is one-dimensional, simplistic and written only for people with an eight grade education or below.

Harry Potter was brilliant in that it could captivate children and adults alike. Rowling’s characters were visceral, complex, and riveting. Winter’s Bone on the literary side, could engage a commercial audience, but those who wanted subtlety, theme and symbol walked away fulfilled.

We Must Look at What We Seek to Accomplish

Goals are goals. Your goals are yours and don’t let anyone belittle those goals. If you want to write commercial fiction that simply entertains and doesn’t take on deep, raw societal issues, that’s a noble goal. If you want to write for the super-educated and challenge the status quo, go for it.

But, I will say that if our goal is to write for a living, to make money, we have to appeal to a larger audience. That’s what will drive sales. If we seek to merely win awards and accolades, then write for the PhD audience. Write for people who read The New Yorker. We have to write what we’re called to write.

Dennis Lehane is one of my favorite authors. He had astounding commercial success with Mystic River (nominated for an Academy Award), Gone Baby Gone, and Shutter Island and all these stories were rich, complex and appealing to a wider audience. He made a choice to write some more literary works, and, though they won awards and accolades, they didn’t make the same kind of money.

But this is why goals are important. What do you want? Books are like food. Want to make big money? Reinvent pizza. Want to make a statement? Experiment with squid and duck livers. Want to do both? Be Julia Child and invite regular people into a world that, previously was inaccessible.

Be a bridge between the extremes. Mystic River is that kind of literary bridge.

In the end, good stories are good stories. Commercial isn’t better than literary and literary isn’t better than commercial. It depends on our goals and what we are called to write. But just because a piece of fiction is loaded with million-dollar words, obscure references and self-indulgent navel-gazing doesn’t mean it’s literary.

On the other hand, just because we want to write stories that entertain millions, doesn’t mean we can’t stretch and add layers of complexity. This is why it is critical to read, explore and learn about craft. My opinion? The true geniuses (literary AND commercial) entertain a wide spectrum, each on their own level.