Can Social Media Tools Make us a Social Tool?

The Clock is Ticking—5 Tips for Tighter, Cleaner Writing 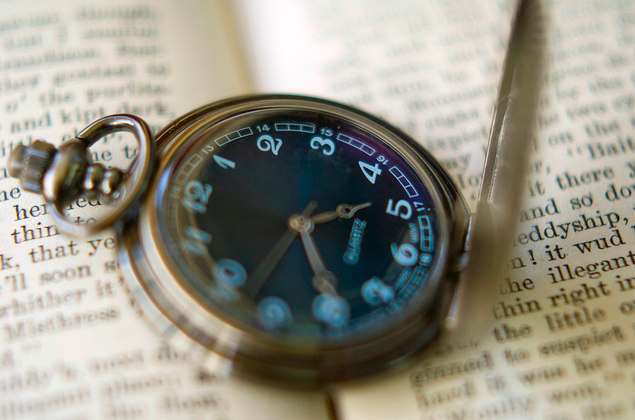 Time is our enemy. Most people don’t have enough. This is why our writing must be tight, direct and hook early. Modern audiences have the attention span of a toddler hopped up on 2 liters of Coke. We can’t afford to let them drift.

I’ve edited countless books, many from new authors. I see a lot of the same errors, and this is to give you a basic guide of what to look for in your writing. Be your own Death Star. Blast away this weak writing so that, once you do hire an editor, it won’t cost nearly as much because the editor won’t spend precious time (charged often by the hour) to note or remove these basic offenses.

Tip #1—Use Other Senses. BTW, Sight is the Weakest

A lot of writers (new ones especially) rely on a lot of description regarding what a character sees, and while this isn’t, per se, wrong it can be overdone. Also, of all the senses, sight is one of the weakest, thus it lacks the power to pull your reader into deep POV (point of view).

Jane pushed through the heavy steel doors, plunging into the dark hallway of a school no one had stepped foot in since the city shut it down after the fire. The blackened walls and peeling paint testified to the tragedy that took twenty young lives.

When Jane pushed through the heavy steel doors, an acrid cloud of old smoke mixed with the sickening sweet of cooked flesh met her in the hall. Burned mildew pulsed from the crumbling walls of the ruined school, clear testimony of where the firefighters began their assault on the blaze. Instead of the familiar aroma of cafeteria food and drying finger paint, all Jane could smell was death. It invaded her mouth and clung to her clothes and skin.

Fifi tucked and rolled as shoe dove out of her captor’s van. The ground came up hard, harder than she expected.

Okay, not bad, but maybe try…

Fifi tucked and rolled as she dove out of her captor’s van. Her face met the ground, hard. At first, all she noticed was the bitterness of grass mixed with sand that crunched against her teeth. A moment later? The taste of old copper pennies gushed into her mouth, making her gag. Blood.

Try to use a combination of all of the senses. To rely solely on what a character sees will keep the reader at a distance. It will make her a mere observer and not a participant.

When we are new, we tend to think through stage direction, and that’s fine, but it doesn’t mean it should end up on the page. Readers aren’t dumb, so we don’t need all the details.

He raised his hand and struck her across the cheek.

Um, duh. We know he raised his hand to strike her. Otherwise, that would be a serious trick. Jedi mind powers, maybe?

He struck her across the cheek. Hard. Stars exploded in her vision.

We don’t need the character to step up on the curb or reach for the door handle. If a character makes it from one room to another, we fill in the missing (and boring) details. We also don’t need cues for emotion.

She slammed the door and cursed in anger.

Okay, unless this character has spacial issues and Tourette’s? We know she’s angry. We don’t “need” the “in anger” part. We’re sharp. We get it. Really.

Tip #4 Don’t Introduce Too Many Characters Too Quickly

I can’t tell you how many writing samples I’ve received that make this mistake. If you have ten named characters by page two? I’m done. In life, we can’t keep up with that many names all at once, and, in writing, that doesn’t change. Too many names will confuse us and muddle who the protagonist is. We get lost, so we’re frustrated and we put the book down…or toss it across the room.

This error usually goes hand-in-hand with the previous error. We are introduced to who we assume is the protagonist. Also, unless something cues us otherwise, we assume she’s alone. When another character suddenly starts talking?

Also, tell us who this person is in relation to the character. Yes, you (the writer) know who this character is, but we don’t.

Gertrude awoke with a start. Her alarm clock hadn’t gone off, and panic gripped her. This was her first day at the new job, and being late could get her fired before she even started. She nearly fell as she scrambled out of the bed sheets and bolted for the coffee maker.

“I thought you’d be gone by now,” Ted said as he watered his Bonsai trees.

Okay, who is Ted? Brother? Husband? Boyfriend? Friendly home invader? We need to know. Maybe not right away but at least on the same page.

Yet, I see this all the time. A name, some dialogue but no introduction, so no sense of who that character is. We are book-readers not mind-readers.

There are a lot of other ways to tighten the writing, but these are common offenders and a great start. We all do this no matter how many books we write. It’s why we need revision. We can spot this stuff and clean it up and make it presentable for the public.

What are some of your pet peeves? What loses you as a reader? What tips or advice can you share?