Enemies of The Art Part 9–Not Failing Enough 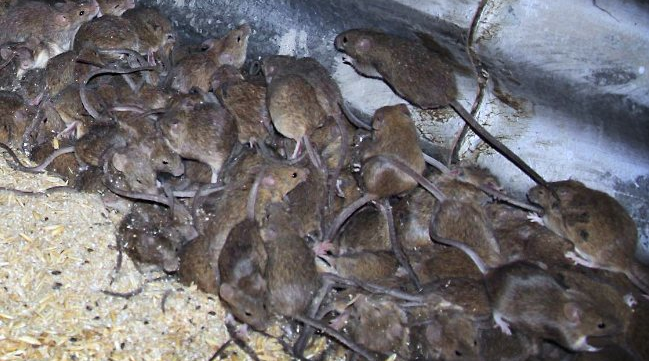 After my good friend Lisa Hall-Wilson used kidnapping and laser pointers to distract Kristen and take over her blog to talk Facebook, I knew Kristen would be wise to our Canadian tricks. So, I decided I’d try the opposite tactic when I wanted to come and talk to you about Twitter. 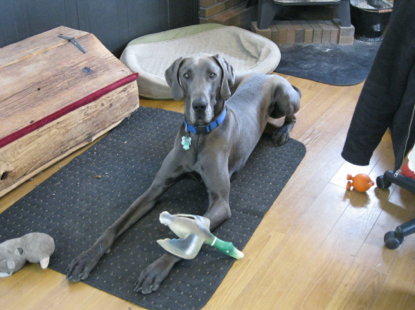 …which left Kristen free to take a much needed nap.

And you know what they say. While the cat’s asleep, the mice will talk Twitter hashtags…What? That’s not how it goes? Well, it is now. *points above* Or did you miss the size of my dog?

Where was I? Oh yes, hashtags. Twitter can be one of the best places for meeting new people and sending traffic to your blog, but not if you get arrested by the ASPCH (American Society for the Prevention of Cruelty to Hashtags) first. As your friend, I can’t allow that to happen to you.

So at least until Kristen wakes up, I’m going to give you a little class in the proper care and feeding of hashtags.

As you may have already noticed, when you add a # in front of a word or phrase (with no spaces between the words), that creates a hashtag that is clickable and which people can search for.

To remind you how hashtags are used, here’s a little “Anatomy of a Tweet” diagram.

When you put a hashtag in your tweet, that tweet is now seen by everyone who’s watching that hashtag, not just the people who follow you. Using hashtags and creating a column in TweetDeck (or a stream in Hootsuite) to follow them can introduce you to a whole new group of people you’d never have met otherwise.

Now that I’m sure you all know what a hashtag is, onward we go on how to care for them.

This is a tribble.

Cute, right? Looks a little like an angora guinea pig.

One tribble is cute, but they’re born pregnant, so if you don’t keep a close eye on them, you end up with this…

Because we often hear about how great hashtags are, our tendency is to let them run rampant and breed like tribbles. Bad, bad hashtag owner.

Don’t use a #hashtag for #every #second #word within the #text of your #tweet. It gets really #annoying, you #look like a #spambot, and you make it #hard to #read. It’s okay to have a single hashtag in your tweet if you must, but limit it to one, and place the rest at the end.

You also don’t need to use every conceivable hashtag. Choose 1-3 good ones, and then trust your network to change them when they RT. That’s part of working together. Moreover, if you use more than three hashtags, Twitter considers this spam and you could end up with your account suspended. (See what I mean about the ASPCH coming after you!)

Your hashtags live in columns/streams just like your bunny lives in a cage. And you know what happens if you don’t keep that cage clean? It starts to stink up the whole house, your bunny gets sick, and pretty soon no one will talk to you because you have a reputation for abusing your pets.

Don’t allow your hashtags to dirty up columns/streams any more than you’d allow your pets to live in a dirty cage.

When you re-tweet something, make sure you change the hashtags. If you don’t, you risk clogging up the column of anyone following the original hashtag. You also aren’t helping out the original tweeter as much as you could be if you got their tweet in front of a fresh audience through changing the hashtag.

Don’t include hashtags in the titles of your blog posts. Why? When people tweet your post from your blog or using Triberr, your title is what goes directly to Twitter. Which means…you guessed it—you clog up the column/stream of that hashtag. I cringe every time I see someone putting a hashtag in their title, and I consider calling the ASPCH myself.

If you’re scheduling tweets (even after reading this post by Kristen on the dangers of automation), never schedule two tweets in a row using the same hashtags. If you’re not going to be there to monitor the columns, you need to be extremely careful to spread out your hashtags so you don’t unintentionally clog up a slower moving hashtag column. Or better yet, don’t use hashtags at all.

Luna’s barking, and I think I hear Kristen waking up, so that means I have to turn the blog back over to her, but starting March 2nd, I’m teaching a month-long class on using Twitter to build your platform. Because I know everyone has different budgets, I’ve broken it down into two levels.

A Growing Tweeter’s Guide to Twitter (Silver Level) – You’ll receive everything from the Bronze Level and have access to a private WANATribe group where you’ll be able to discuss each lesson with other classmates and ask me whatever questions you might have about the lessons or anything else Twitter related.

Thanks for allowing me to visit with you here today, and I hope to see you in class!

Thanks, Marcy, but after WANACon, I think I need a longer nap, LOL.

We love hearing from you!

Will announce February’s winner on Monday.