While You Were Sleeping—The Difference Between Narration & Internal Dialogue

What Makes You So Special? The Magic to Selling Books

Do You Have "As You Know, Bob…" Syndrome?–How Writers Can Butcher Dialogue & How to Fix It 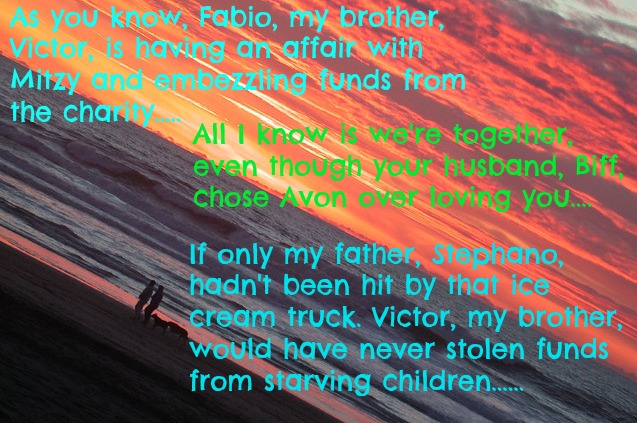 Writing a stand-out novel involves a lot of individual pieces working together in perfect concert. If there’s no solid plot? Readers get confused, lost or bored. If the plot is great, but the characters are all one-dimensional paper dolls? No one cares. If we butcher grammar, spelling and formatting? It’s a formula for dismal sales or even a long line of one-star reviews from ticked off readers.

Hey, the world may think writing fiction is easy, but we all know differently ;).

One of the best ways to move plot forward with increasing momentum and to create living, breathing characters is by harnessing the power of dialogue. As an editor for twelve years, I can tell you dialogue is one of the single largest components of writing great fiction, and it’s the part that’s most often butchered. The story can be great, the setting, the prose?

….and then comes this clunky dialogue with characters talking in ways only seen on bad soap operas or movies highlighted/slayed by Rotten Tomatoes. I call it Soap Opera Dialogue or Days of Our Lives Dialogue. Why? Because soap operas never end….EVER. The dialogue is written in a way that a viewer can miss the past seven months of the show and still catch up, so there is a lot of coaching in the dialogue.

This type of dialogue can also be called, As You, Know, Bob…Dialogue, which is what we’re going to address. And just so you know, Stephano was NOT killed by the ice cream truck. It was a ruse to fake his own death, and he’s actually partnered with Victor to embezzle funds from the charity, but you won’t find that out for another three years….

Here today to talk about how to write superlative dialogue is one of our outstanding WANA International Instructors, Marcy Kennedy. This gal knows her stuff, but if you want some reassurance, I strongly recommend checking out legendary screenwriter David Mamet’s Letter to the Writers of The Unit. (Caution: Strong Language. But, in fairness, writers who are paid to write for a major television show should have known better, and they tanked a good show with bad writing and deserved the butt-chewing).

Take it away, Marcy!…

Dialogue is a great way to convey information, but only if you do it correctly.

In Revision & Self-Editing, James Scott Bell says the key to avoiding info dump dialogue is to remember that dialogue is always from one character to another. It can’t sound like you’re manipulating it (even though you are). It must always be what a character would naturally say.

Dialogue written for the reader’s benefit feels unnatural because you have characters say things they wouldn’t normally say or say them in a way that they wouldn’t (often using much more detail than any of us include when we talk).

Dialogue that’s written “to the reader” is often called “As You Know, Bob…” dialogue.

As the name suggests, “As You Know, Bob…” Syndrome is when one character tells another character something they already know. It’s done purely for the reader’s benefit, and it’s unnatural.

TIP: A character won’t say something the character they’re talking to already knows.

Example: A husband won’t say to his wife, “When we bought this house two years ago, we emptied our savings for a down payment. We don’t have anything left.” The wife already knows when the house was purchased. She knows they emptied their savings. She also knows they haven’t been able to replace those savings yet.

Her husband has no reason to say any of that.

Info-dumps won’t always be this obvious, but if you could add “as you know” to the front of whatever’s being said? Time to re-write.

TIP: If it’s common knowledge, it won’t come up in conversation.

Example: Let’s say you have two sisters meeting to go out for lunch. One shows up at the other’s door.

Susie knocked on the kitchen door and waved to her sister who was mopping away in an apron she never seemed to take off. Her sister glanced up and waved then dropped her mop back in the bucket.

She ran a gloved hand through her messy hair that had fallen out of a ponytail and she let Susie inside. “Come on in. I’m just cleaning up the muddy paw prints left by our pit-bull, Jasper.”

Though the prose is good, it’s common knowledge among the characters that her sister owns a pit-bull named Jasper, which makes an otherwise good piece of writing suddenly clunky. Her sister wouldn’t feel the need to state the name of the dog. That’s soap opera writing.

Susie’s sister would be more likely to say…

“Come in for a sec. Just have to clean up the mud the stupid dog tracked in again.”

Even essential information needs to be given in a natural way. So if knowing that their dog is a pit-bull named Jasper is essential to the story, you could write…

“A flash of fur tore across the freshly washed floor and threw itself at Susie for a petting, and she shoved the dog down. ‘Off, Jasper.’ The muddy pooch dropped onto his back for a belly rub, pink floppy tongue lolling out of his mouth.

Ellen rubbed her tired eyes. ‘Sorry about that, Sis. Did he get you dirty?’”

Susie shook her head and rubbed Jasper’s belly with her foot. A little mud never hurt anyone. ‘Any more trouble with the anti-pit-bull crowd at the park? Rick said someone threatened to call the cops last week.’”

TIP: A character won’t say something that isn’t relevant to the conversation.

“A hundred years ago when the dam was constructed, this town was built on the dried out flood plain. If the dam breaks, it’ll wipe out the whole place.”

Did you catch the sneaky insertion of backstory in adding a hundred years ago? What regular person would actually say that? Who would care how long ago the dam was built when the real issue is whether or not the town is about to be destroyed?

On Saturday, December 7, I’ll be teaching a 90-minute webinar called Say What? Techniques for Making Your Dialogue Shine. I’ll cover the seven most common mistakes when it comes to dialogue and how to fix them, explain how to ensure your dialogue makes your story stronger, show you how to create dialogue unique to your characters, and answer some of the most frustrating questions about dialogue such as how to handle dialect, should we use contractions in historical novels, science fiction, and fantasy, and is it okay to begin a book with dialogue.

If you can’t make it at the time it’s scheduled but still want to attend, sign up anyway. The webinar will be recorded and sent to all registrants. Click here to register!

All registrants also receive an ebook copy of the latest book in my Busy Writer’s Guides Series—How to Write Dialogue.

This class is being offered as part of a WANA 2Fer. Save $20 when you register for both my dialogue class and Lisa Hall-WIlson’s Internal Dialogue class. Register for the Two-Fer HERE.

Do you struggle with “As You Know, Bob…” Syndrome? Are there movies that have driven you nutso with this kind of dialogue? 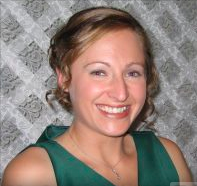 Marcy is a suspense and speculative fiction writer who believes fantasy is more real than you think. Alongside her own writing, Marcy works as a freelance editor and teaches classes on craft and social media through WANA International. She’s also the author of the Busy Writer’s Guides series of books, including Strong Female Characters and How to Write Faster. You can find her blogging about writing and about the place where real life meets science fiction, fantasy, and myth on her web site.