Getting in Character—Deep POV Part Two

Introducing Deep POV—WTH IS It? Can We Buy Some on Amazon?

If you are a writer who has a goal of selling books it is wise to remember that audiences are not static. They change. Their tastes change with the times and we need to understand what is “trending” if we want to connect and entertain. Many new writers look to the classics for inspiration and there isn’t anything per se wrong with that, but we must reinvent the classics, not regurgitate them.

Even if you look at the fashion trends, sure some styles “come back around” but they are not exact replicas of the past. They are a modernized version. But keep in mind that some fashion styles never come back. They’ve outlived their usefulness and belong in the past. Same with fiction.

Story trends and fashions change along with the audience. For instance, Moby Dick spends an excruciatingly long time talking about whales, namely because the audience of the time probably had never seen one and never would. If we did this today? Sure, feel free to walk around in a literary gold-plated cod piece, but er…

Epics were also very popular. Follow a character from the womb until death. FANTASTIC STUFF! Why? Because no one had HBO, Pinterest or Angry Birds. Books were a rare indulgence usually reserved for a handful of literate folks with the money or connections to get their hands on…a book.

Also, since writers were paid by the word, their works were padded more than a freshman term paper. Their motto? No modifier left behind. These days? We have to write leaner, meaner, faster and cleaner.

We’ve talked about POV before, and which one might be the best for your story. I can’t choose for any of you, but before we talk about deep POV, I want to mention that POV is also affected by audience and I believe is a direct reflection of how connected we are as a society.

You guys may or may not know that POV has changed along with communication and connectedness. Waaaaay back in the day, omniscient with a god-like narrator was all the rage. But people didn’t travel at all. Most humans lived and died in the place they were born and in isolation from other communities.

With the early epics, we often had a narrator who was separate from the events.

Dear Reader, come with me for a tale of AWESOME…

Later, after the Dark Ages, people got out more, traveled more, etc. We see the narrator merging into just general god-like presence. Then, after the printing press was invented, more and more people were reading and a lot of monks were out of a job and went off to start the first microbreweries. 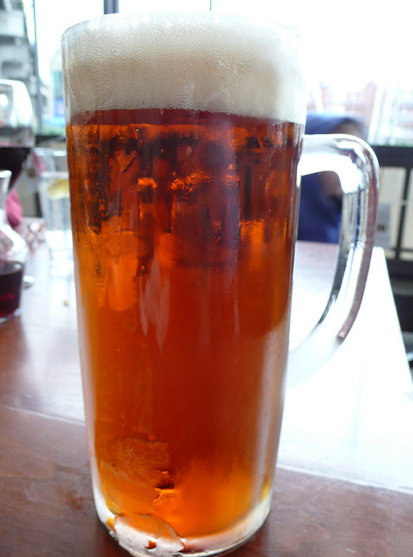 With pamphlets and papers, people became more engaged and journalism eventually gives birth to this new-fangled invention…first-person. Third person and third-person shifting only became popular after audiences grew accustomed to radio programs (and later television) and could mentally process the idea of a cut-to scene.

As people became networked closer and closer, we see the psychic distance closing. Now that we are a culture of reality TV and social media? Omniscient is a tough sell. I am not telling any of you what POV to choose, but I will say that modern readers will shy away from these older forms of POV because they “feel cold.” Modern readers LOVE being as close as possible, ergo my little side-trip through history.

And this is where we get *drum roll* deep POV.

You hear this word flung around the writing world. Oooh, deep POV. That is deep POV. Deep, Man.

Um, what is deep POV?

And, if you are like me, you go along and are too embarrassed to ask what the heck deep POV is? Everyone wants it. Readers love it. Uh, but what IS it? How do I do it? Can I order some off Amazon?

Deep POV is simply a technique that strips the author voice completely out of the prose. There is no author intrusion so we are left only with the characters. The reader is nice and snuggly in the “head” of the character.

As an editor, I see the intrusion much more than authors. It is actually shocking how much you guys interrupt. In fact, you are like my mother chaperoning my first date who would swear she was quiet as a mouse.

I actually like deep POV because I love tight prose. I loathe unnecessary words. Deep POV not only leans up the writing, it digs deeper into the mental state of the character. We probably aren’t going to stay completely in deep POV, but it’s a nice place to call “home.”

How do we do it? Today, for the sake of brevity, we are just going to talk about simple stylistic changes, not the actual writing. We will do that next time 😉 .

Just using the word “said” tells the reader we (the author) are there.

Kristen’s Made-Up Example (don’t judge me, just roll with it)

“No, I always love it when you drop by,” she said. Fifi felt her hands start to shake. She glanced over Tom’s shoulder and saw that the street was deserted. She knew all of her neighbors had already gone out of town for Christmas and no one would hear her scream. She thought, He is going to kill me.

Okay, so we get that Fifi is in a bad spot. But just that little word said tells us the author is present. So in the next layer we are going to remove the said.

While We Are Here? Thought and Sense Words—Ditch Those, Too

If we really pause and think about it, thought and sense words are frequently redundant. If we are IN the character’s head? We KNOW she is thinking. Who else would be thinking?

We aren’t dumb. Yes, it is my personal opinion, but I feel sensing and thinking words often qualify as holding the reader’s brain. We don’t need to. Readers are pretty smart.

Let’s look at my made-up example.

“No, I always love it when you drop by.” Fifi felt her hands start to shake. She glanced over Tom’s shoulder and saw that the street was deserted. She knew all of her neighbors had already gone out of town for Christmas and no one would hear her scream. She thought, He is going to kill me.

So we ditched the said and that tightened it up. Did you notice how losing the tag tightened the psychic distance? Now let’s remove these unnecessary sensing and thinking words.

“No, I always love it when you drop by.” Fifi’s hands shook. She glanced over Tom’s shoulder. The street was deserted. All of her neighbors had already gone out of town for Christmas and no one would hear her scream. He is going to kill me.

Do you see how just getting rid of those excess words upped the tension of this piece? We (the reader) go from being a distant observer to being in the potentially deadly situation. We don’t need to tell the reader Fifi is thinking or feeling or about to do something. The reader gets that and us putting in glowing directional arrows is a distraction.

Just get to it already!

Tom’s hands clamped around her throat.

So I hope this helps clear up some of your “deep POV” questions. Remember that we live in a culture that is spoiled with intimacy and we can give them what they love. Next time, we will discuss characterization and how to write in deep POV beyond the stylistic choices.

Before we go, I want to give you a heads up especially if you are thinking on attending a conference.

I’m holding my ever-popular Your Story in a Sentence class. Can you tell what your book is about in ONE sentence? If you can’t? There might be a huge plot problem. This also helps if you are ever going to query or pitch an agent. The first ten signups get their log-line shredded by MOI for FREE.

Also speaking of FREE, I’d like to mention again the new class I am offering!

Were you confused what deep POV was and why people all wanted one? Is it really much easier than you imagined? Do you silently wish the bustle would come back into style?

To prove it and show my love, for the month of MARCH, everyone who leaves a comment I will put your name in a hat. If you comment and link back to my blog on your blog, you get your name in the hat twice. What do you win? The unvarnished truth from yours truly. I will pick a winner once a month and it will be a critique of the first 20 pages of your novel.