Synopsis: Why All Writers Need One Even Though They Hate It

Perspective: Self-Editing Your Dialogue and Characters 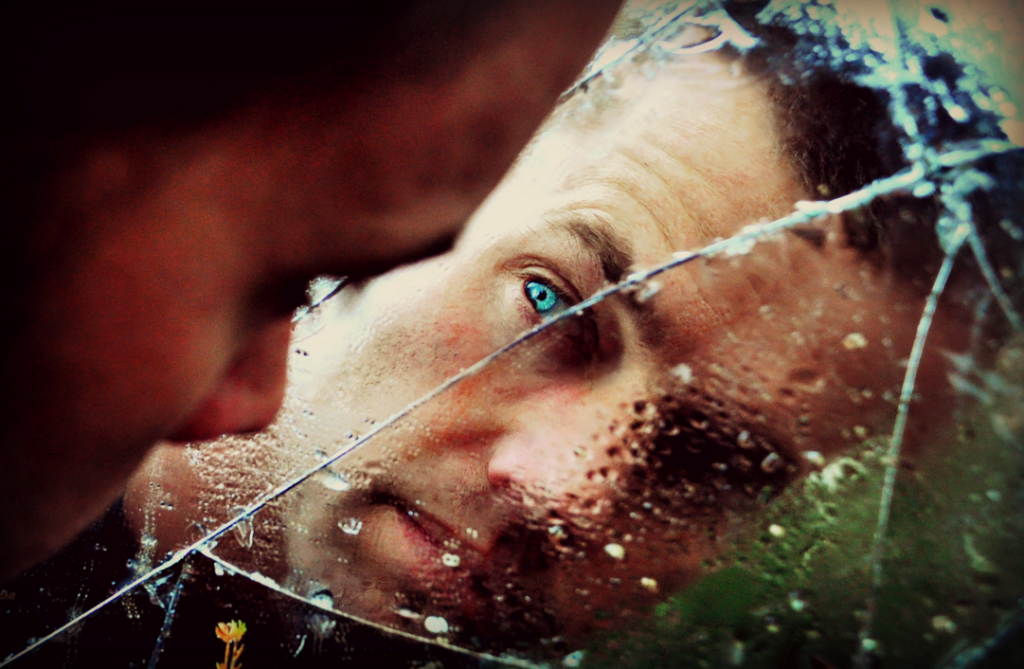 Perspective is key to creating dimensional characters that resonate with the reader. Proper perspective adds dimension that transitions a ‘plot puppet’ into what feels like a real ‘person.’

POV (point of view) offers readers a glimpse into the character’s psyche, which will drive thought, action, emotion, conflict, choices, and change. Perspective can also rid our stories of ‘Talking Head Syndrome’—dialogue that all sounds the same.

Last post, I offered 7 Tips for Self-Editing. As mentioned, good editors are not cheap, but worth their weight in gold. Do as much cleanup as possible on our own? Pros can then step in for what we missed or failed to even see.

An analogy might help. When my son was little, I hired a housekeeper to come clean once a month. Though I kept a tidy enough home, I simply didn’t have it in me to do the necessary but time-consuming tasks (cleaning blinds, vacuuming baseboards, dusting fans, etc.).

I’d always clean before the housekeepers arrived (Hubby laughing at me all the while). Yes, it might seem silly, but I could do my own dishes. I could make beds and pick up toys. If the housekeepers did what I could EASILY do on my own? This was a waste of money. I NEEDED them to help with tasks that required ladders, patience, and special tools.

Same with a manuscript.

So last time I pointed out that proofreading is only ONE form of edit. Sometimes, if an MS keeps getting rejected, it’s time to bring in a developmental editor. Proofreading is essential, but I can’t recall ever reading a book and saying: Wow, the author placed every comma perfectly!

Developmental editors inspect the MS for what’s going wrong with the architecture of a story. Is there a plot? If so, is it too weak, too complicated, or too confusing? Are the characters dimensional? Do the characters arc? Are there character redundancies?

If it sounds like writing, I rewrite it. ~Elmore Leonard

This is why those seven tips I gave last time can be so helpful. When we go through our WIP (work in progress) with these ‘cutting’ tools, we can strip away what screams ‘WRITING!’

You might laugh, but how often do you have a conversation and use that person’s name?

Joe, did you get the plans for the new design? You know, Joe, we are on a major deadline.

Y’all would be shocked how much of this kind of dialogue I see in samples. People in LIFE don’t talk like this. If they do? 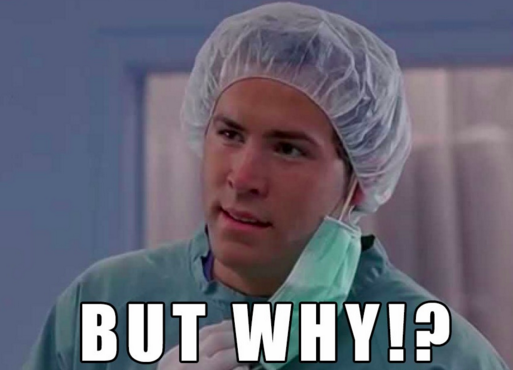 This is what I like to call ‘soap opera writing.’ Soap operas were originally written for radio, then eventually shifted to television.

Homemakers who might be busy ironing or scrubbing a floor or changing diapers. This is actually HOW these stories earned the name SOAP opera. Back in the day, the soap companies did most of the advertising during these shows.

In soaps, characters constantly call each other by name in dialogue. They also do a lot of, ‘As you know, Bob…’ and then fill in what’s happened. Soap operas are a string of vignettes and melodrama (as opposed to dramatic tension). There is no overall plot because soap operas are not meant to end.

The reason characters called each other by name was because women busy ironing shirts couldn’t always SEE the screen. Thus, the characters had to keep calling one another by name so the target audience could follow along.

Soap operas could (can) also dedicate entire scenes to ‘As you know, Bob’ writing.

As you know, Marlena, Bo and Hope never wanted to divorce. They still love each other. But Stephano tricked them. He helped Sami fake her pregnancy and imprisoned Lucas in a Jell-O mold that gave him amnesia….”

****This is why we can miss twenty years of Days of Our Lives and catch up in about a week. 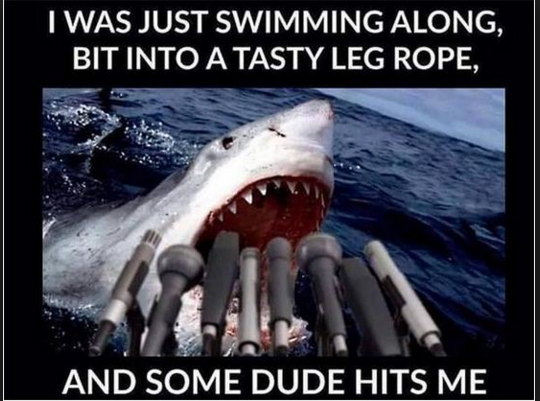 Soap operas have the luxury of using talking heads because the ‘characters’ are basically mannequins with great hair and fashion sense. They’re not meant to have a lot of depth because every ‘story problem’ is dragged out for months or years. Soaps don’t hook with a story as much as they hook with morbid curiosity, ergo the cliffhangers and unresolved conflicts.

Soaps employ what I might refer to as a ‘bystander effect.’ We hear a couple start arguing in a nice restaurant and cannot help but eavesdrop and see ‘how it ends.’

***In soaps it doesn’t end, at least not for a minimum of three years.

The reason is that soaps are after longevity, and resolution gets in the way.

Days of Our Lives has been running since 1965, so no judgement here. Perhaps one could gather a decade of material and realize a character actually does possess dimension, but it takes TEN YEARS to deliver this…one painful breadcrumb at a time.

Novelists don’t have this luxury. Though, as a note, I can tell a writer who watches a lot of soaps 😉 . 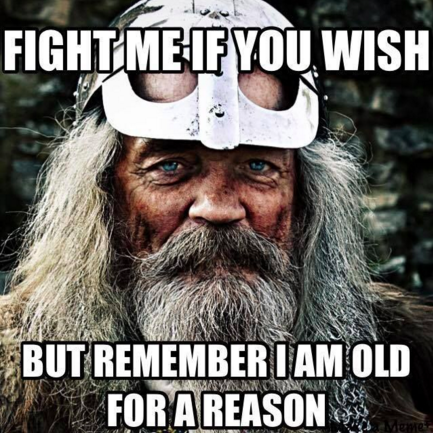 Back to this perspective thing. When creating a character for a novel, we need to crawl into the head of the character we’re writing or they’ll all sound the same (a lot like us). In my last post, a few commenters mentioned hating said as a tag.

Said, when used properly, should be invisible. If it’s jumping off the page, it’s because it’s being overused. Why? First, the conversation is banal filler, which is doing nothing to propel dramatic tension.

Tags are also overused when characters are flat. Lacking in depth, we (the reader) wouldn’t be able to tell one speaking character from another without a clue (the tag).

When writers do the hard work and create distinct personalities (perspectives), tags are rarely necessary because the speech patterns give away the speaker. I like to read my dialogue aloud to a critical audience and, if they can’t tell the difference (with no tags)?

I need to try harder. 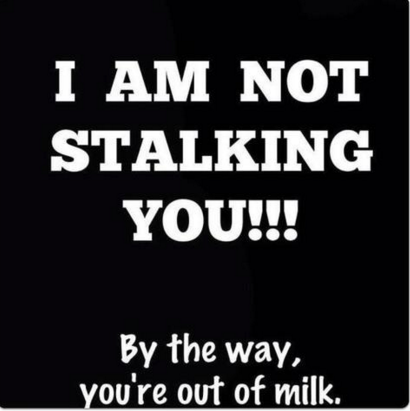 The internal narrative of a POV character is what clues us into the mental state of the character, because perspective generates conflict and complexity. Perspective dictates what a character notices, how he or she feels and how that character then responds (or doesn’t).

There are innumerable combinations available so that no character is ever just like any other. Gender, ethnicity, age, background, family, faith (or lack thereof), birth order, trauma, occupation, etc. all color a character’s perception of events.

A female septuagenarian has a vastly different perspective than a modern female teenager.

Take a trip into a neighborhood:

If our MC is an architect, she’s likely to notice styles of homes, cornice work, wainscoting, termite-ridden soffits, etc. She’s also going to know that ‘thingie’ actually is CALLED a soffit.

If our MC is fireman, he’ll definitely notice that jerk parked in front of a hydrant and might even take time to go bang on a door and make the person move the car.

Perspective is important in all genres, but perhaps most important when writing for young people. Our nine-year-old boy shouldn’t sound like a Baby Boomer.

Recently, I edited a work and the (modern) teenage girl was ‘punching in her friend’s phone number.’ Not in an age of smart phones she isn’t 😉 .

Just for FUN: An Exercise 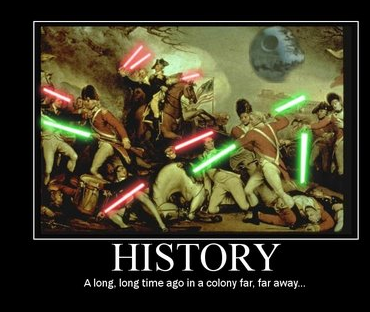 I’ve used this little exercise for ages in classes, but this is a great way to train POV (point of view) and hone our empathy skills. Your challenge:

Four POVs. A family of four is taking a road trip. They’ve been saving over a year to take this vacation, but something goes very wrong (road construction, get lost, car breaks down, demons possess the engine, warp drive on their personal star-van fails). Use your imagination.

In the vehicle (wagon, time-machine, Honda Accord, 1973 hot pink Cadillac), we have Mom, Dad, a teen, and a grandparent. Now, tell the story from ALL FOUR perspectives.

Is grandpa a retired mobster? Does Mom have a pain pill addiction? Is the teenager hiding she’s a vampire? Does Dad have PTSD from the interstellar wars?

Pick the one that is the toughest for you to write and, if you create something you’re particularly pleased with? Put in the comments. I’d love to see your creativity! Bonus point for the contest below. 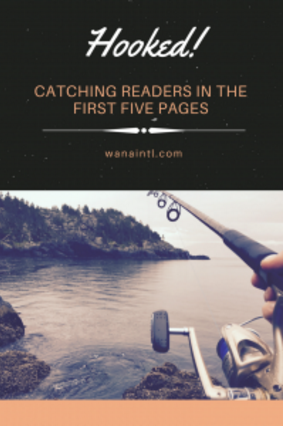 The first five pages are the most essential part of the novel, your single most powerful selling tool. It’s how you will hook agents, editors and readers. This class will cover the most common blunders and also teach you how to hook hard and hook early. This class is two hours long, 90 minutes of instruction and 30 minutes for Q&A.

***A free recording is included with purchase.

General Admission is $40 and there are some SUPER COOL upgrades! Get your spot HERE.

Have to write a query letter or synopsis? Conference season is coming!

Pitch Perfect: Crafting a Query & Synopsis Agents Will Love. Class is May 3rd 7-9 EST and $45 for over two hours training y’all how to do the toughest parts of this job.

For anyone who longs to accelerate their plot skills, I recommend:

Two hours of intensive plot training from MOI…delivered right to your computer to watch as much as you like 😀 .

And if you’re ready for BOOK BEAST MODE and like saving some cash, you can get BOTH Plot Boss and Art of Character in the…

Almost FIVE HOURS with me, in your home…lecturing you. It’ll be FUN!

I also hope you’ll pick up a copy of my debut novel The Devil’s Dance. 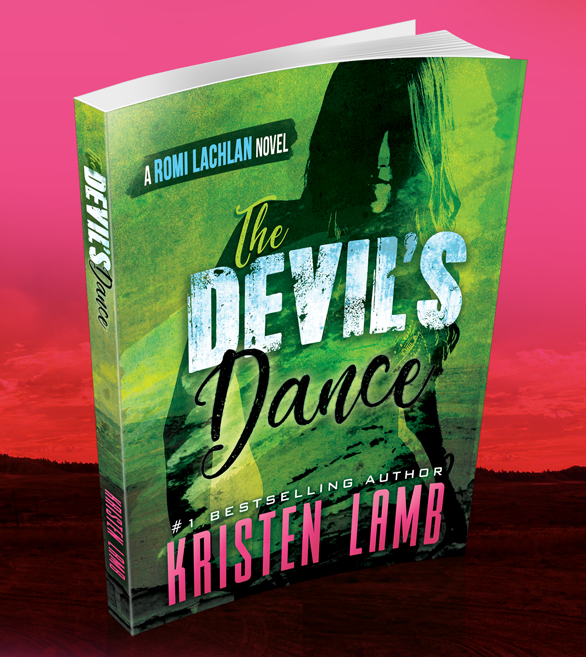