The Key to Greatness: Get Your Head Out of Your ‘But’

Revising a Novel: The Five Stages of Death, Dying & Drama

Gym Bug Season: When You Want to Get Swole Not Parole 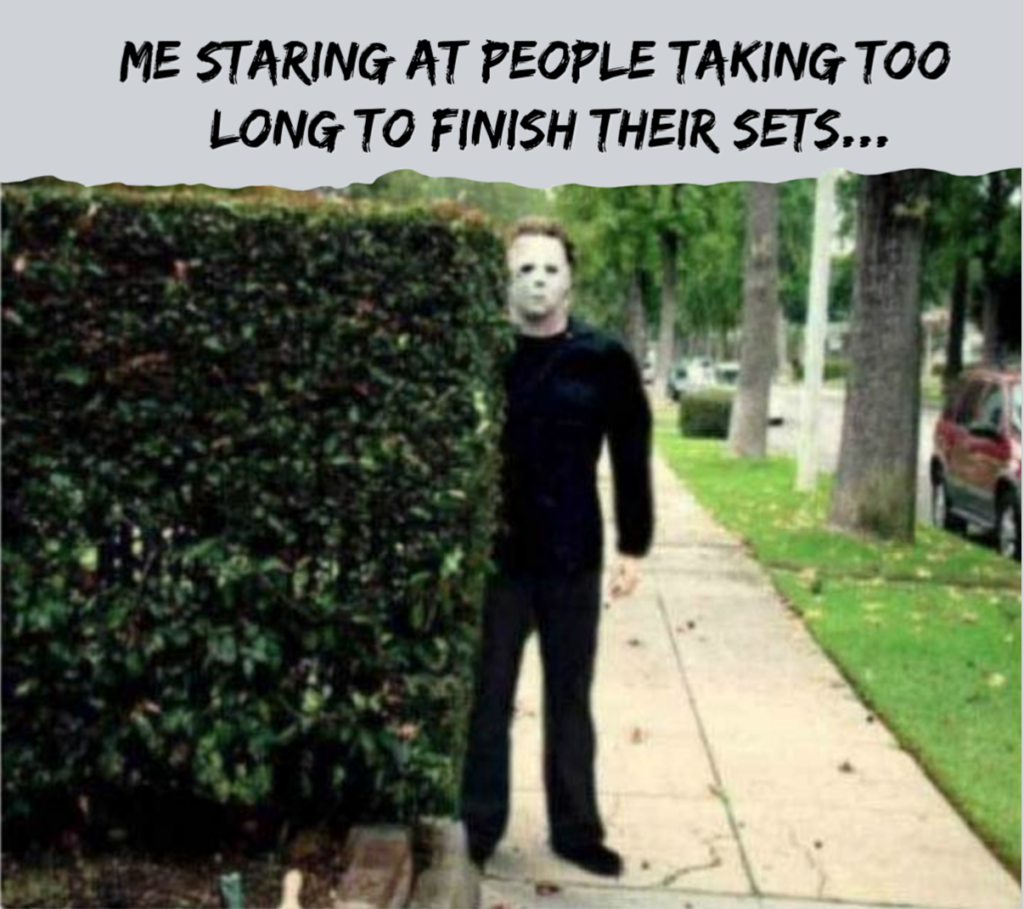 As an author, speaker, trainer, blogger, wife and mother, it’s super important for me to strive for work-life balance (Translation: Don’t go to jail).

For instance…blogging on something completely different for a change. On, per se…working OUT.

Because seriously. Without time to decompress, get rid of pent up energy and anxiety, well that’s when I start collecting hitchhikers in my basement.

…I don’t have a basement.

Since I don’t like shopping, have a bazillion food allergies (thus am any chain restaurant’s worst nightmare), and can’t afford my crafting habit…the gym has been a relatively good fit. I get out of the house, it’s healthy, and great family bonding time.

Sure, there are a lot of people—AHHHHH—but they have on headphones and generally want to be left alone.

What? I’m an introvert, not the Unibomber. 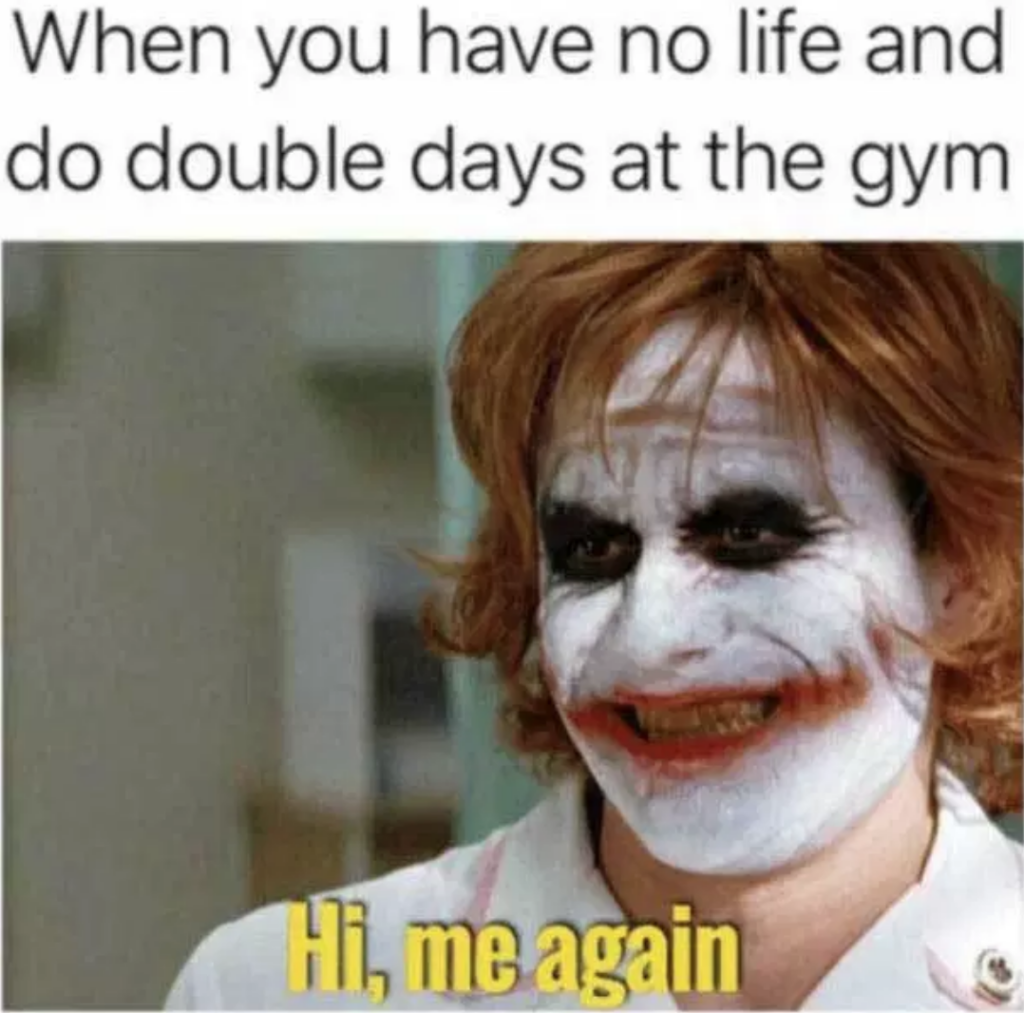 Alas, since I’m one of those people who goes to the gym all year long, I feel I probably notice trends others don’t. Namely, the massive uptick in @$$hats—Gym Bugs—collecting in the gyms when the temps outside drop.

Sort of like flu bugs but without any kind of vaccination.

It is the holiday season and thus… 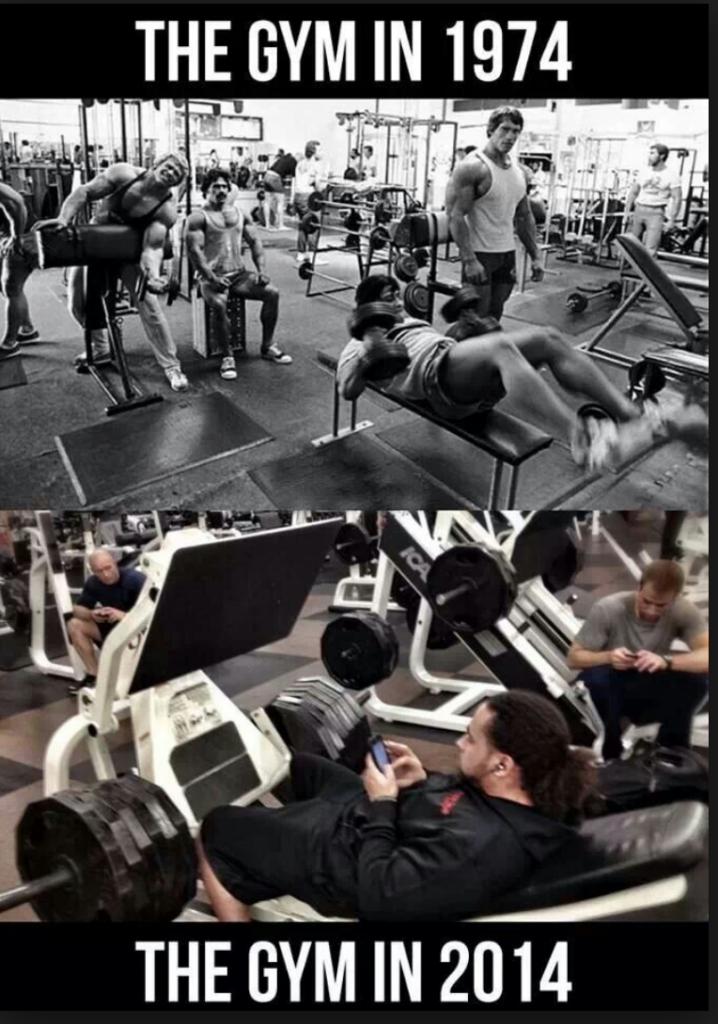 Gym Bug Season seems to begin around November 15th then run through February 15th. Probably has to do with those who want a) to meet someone to date so as not to be alone during holidays b) to trim down to look good for holidays c) get pics of ‘doing’ New Year resolutions and/or d) to keep that ‘holiday bae’ until at least February 15th (after Valentine’s).

Dunno. Don’t care. All I do know is that Gym Bugs are not the regulars I see throughout the rest of the year.

There are about three months out of the year that, unless I work out at some seriously bizarre time like 3:30 a.m., I need a really good sense of humor…because I can’t afford a really good defense attorney.

For the likes of me, I have NO IDEA WHERE THESE PEOPLE COME FROM. And I really don’t get them, but that’s fine. I’m old enough to know that which I cannot control, I CAN openly mock.

To be clear, I think newbies ROCK. We all start somewhere. I am still a work in progress. I love to work out…but I also love tacos.

Neophytes are kewl, but parasites (Gym Bugs)? Not so kewl.

Y’all may recognize a few of these…

Dude Who Leaves 800+ Pounds on Machine 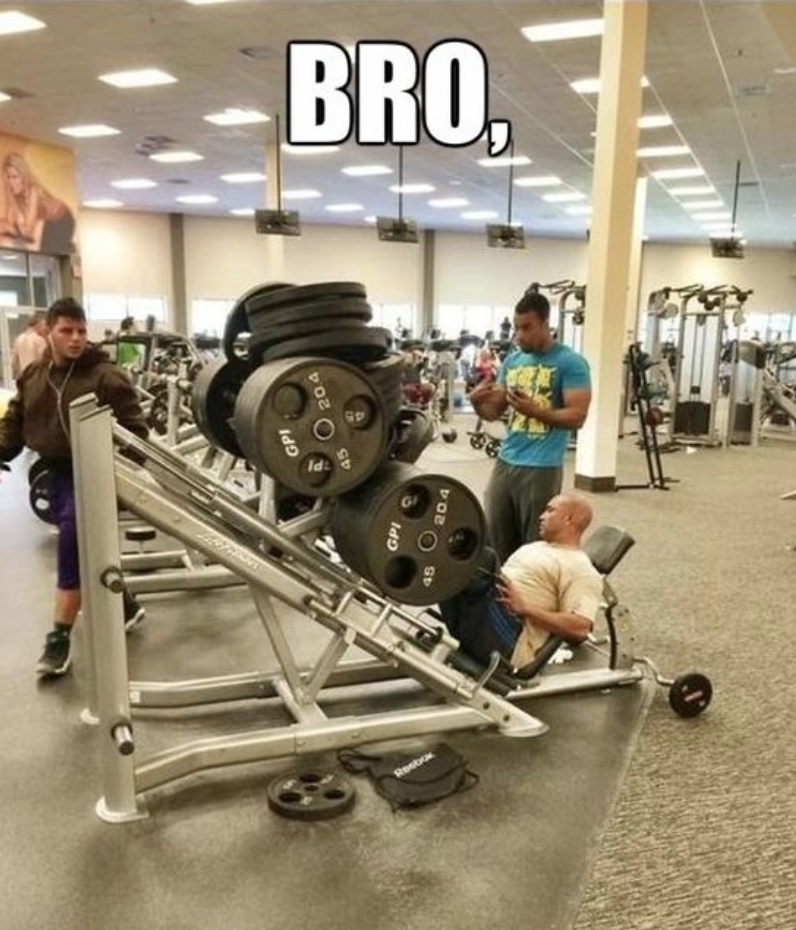 I admire people who train hard and push their bodies to the limits. It’s when they push my patience to the limits that we start to have problems. Want to lift five-hundred pounds? A thousand? Go for it!

Just RE-RACK YOUR WEIGHTS WHEN FINISHED and we can allllll get along.

I do have to say, our gym is really cute. They play these gym etiquette/courtesy videos on the televisions overhead. One has this tiny blonde girl removing her fifty pounds off the squat bar after she’s finished and putting them away.

Yeah, because Mackenzie working off that non-fat sugar-free peppermint soy latte is the real troublemaker.

I remember being at L.A. Fitness in November of 2009, nine months pregnant with Spawn, LITERALLY chasing after some muscle-head who’d left like 700 pounds on the squat machine.

He’d also liberally sprinkled the floor with 80+ pound dumbbells…then left them for my VERY pregnant self to fall over.

I chased him through L.A.Fitness chastising him for leaving such a mess until he finally hid from me…behind the 105 pound receptionist and her desk.

So last week, I’m on the StairMaster and look over and saw something that made me go full white girl.

I literally couldn’t even.

There’s a machine that’s meant to help you train to eventually do a full pull-up/chin-up. There is a nice foam pad where you kneel, then grab the overhead bars and pull up. The machine allows you to add weight (counterbalancing your full body weight). This way, you’re pulling up say only 50 pounds instead of a full 150.

Then, gradually you take away weight until you’re strong enough to lift your full body weight. VERY COOL machine. But I look over and…

Well, this is close enough of a reenactment… 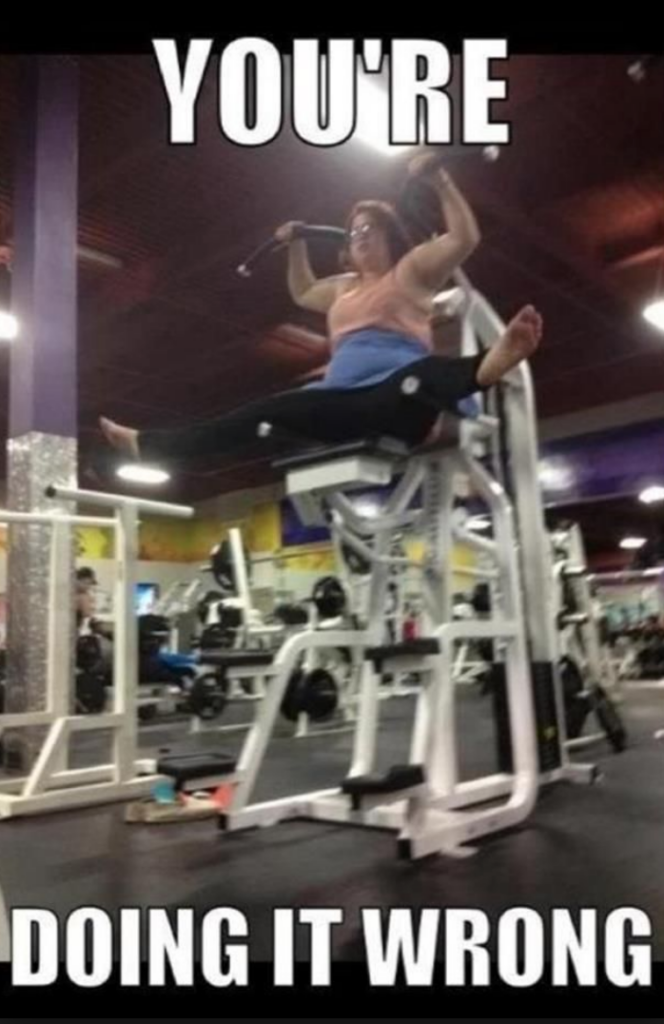 Granted, points for creativity but some things can never be unseen.

This inevitably places me in an awkward position *bada bump snare* of not being able to decide whether to a) say something and maybe prevent injury and/or b) take a picture to prove I wasn’t hallucinating.

Why do the people who work at the gym never STOP these people? #ThatWillLeaveAMark 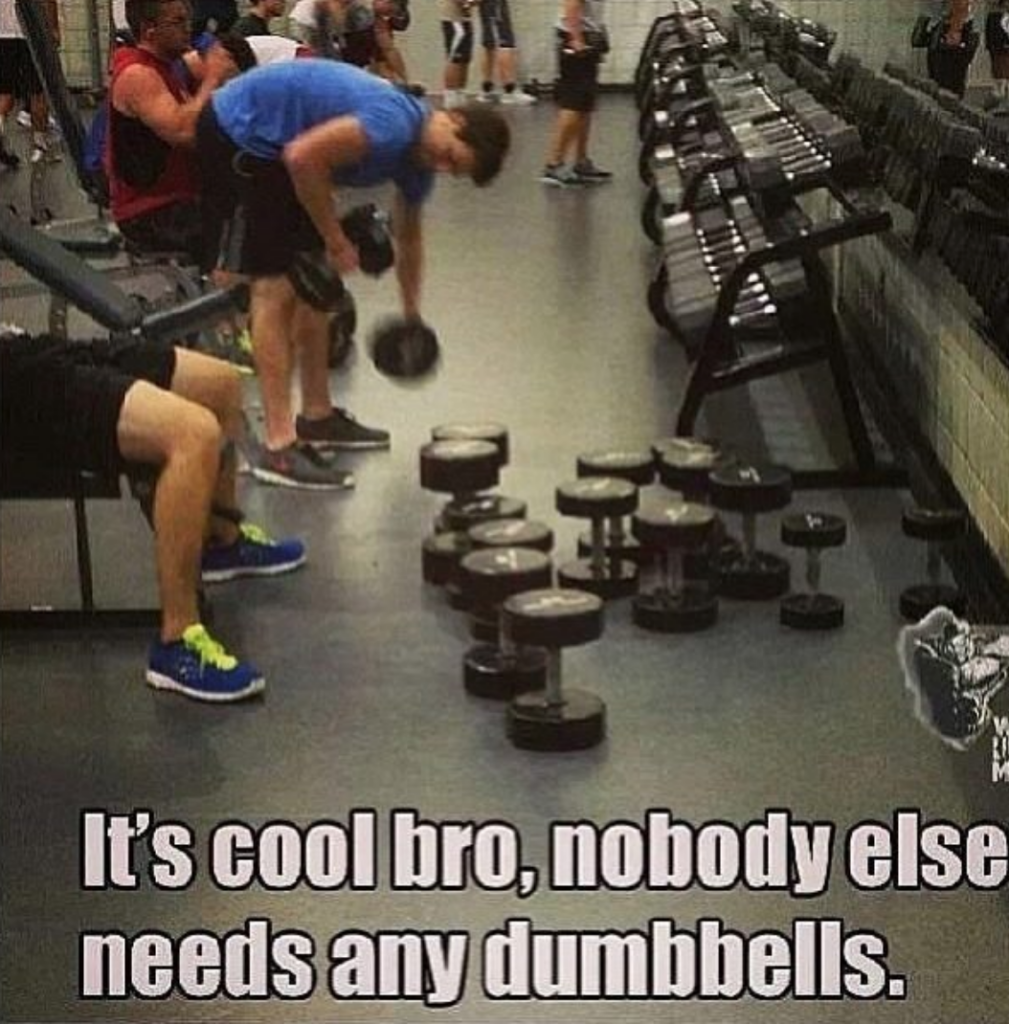 This should be self-explanatory but…*weary sigh*. Why do some people feel the need to help themselves to sixteen sets of barbells?

These terrifying women could be the exact sanity sentinels we need. The last line of defense against those with no manners.

It’s a total win-win! Librarians could make sure these folks had to check weights in and out. Maybe add in fines for taking too long or failing to return them. The regulars would be happy, the gym floor clean and safe and librarians flush with cash #MakinItRAIN.

That or gyms could hire any woman named BRENDA to keep watch. They’d behave. #Seriously 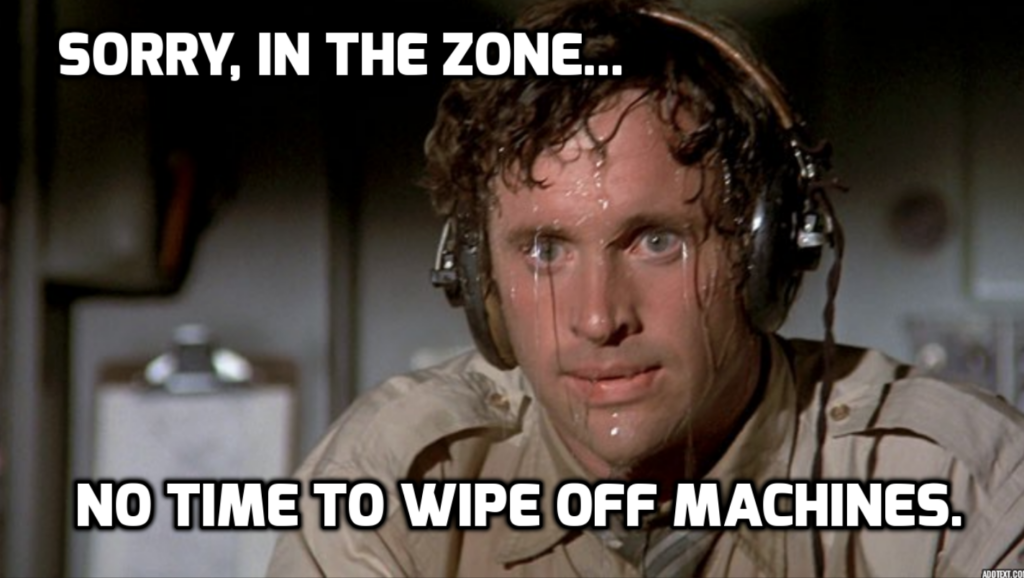 There are people who sweat, a lot. And sweating is good. Sweating means we are properly hydrated. It’s also an amazing way to get rid of stress hormones and toxins. Please! SWEAT! It’s why we’re at the gym (or supposed to be, anyway).

Just, when one is finished dripping all over the place…um, wipe it UP?

My recommendation? Use those spray bottles the same way I do with my cats when they get on the counter. Spray the offender from behind. Then, when they jump and scream in shock?

Play dumb like you have no idea why they jumped…but kindly offer a towel and glance at the sweaty equipment.

Eventually, the GOAL is for the offender to realize the “mysterious jet of water” only hits them when they don’t wipe down the equipment. 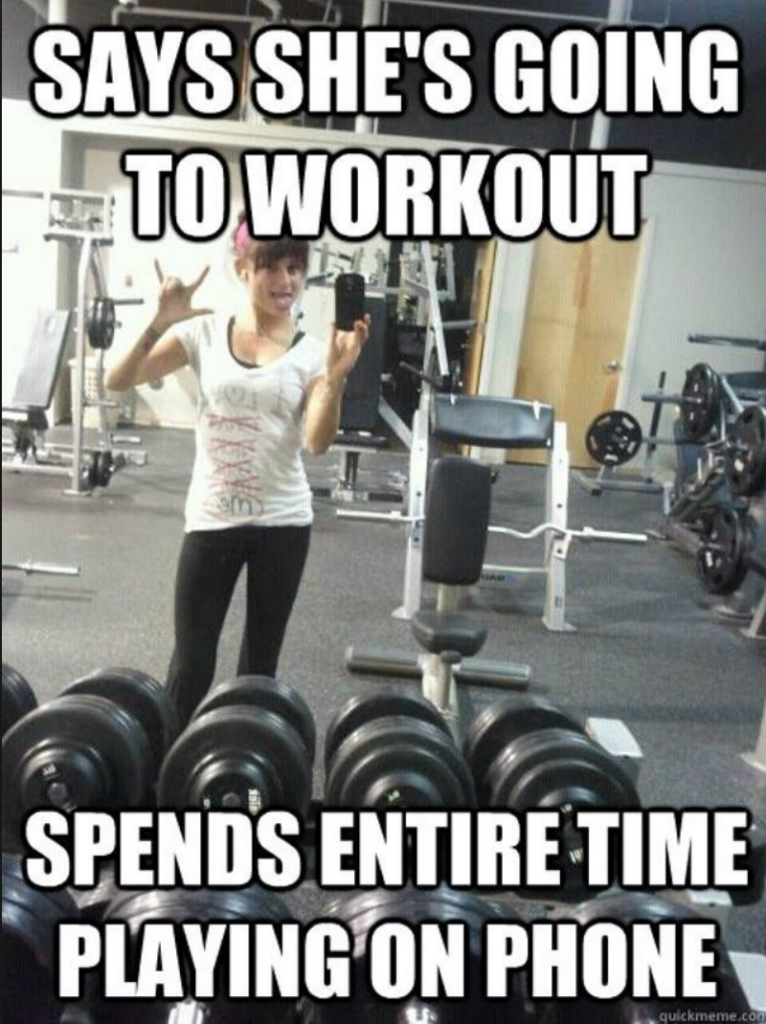 I know we’re in the age of oversharing. I do it, too. I enjoy posting a gym pic now and again because I love (and need) encouragement.

So if someone wants a moment to take a selfie or two? No problemo! Document your excellence!

But for those who make entire sections of the gym inaccessible for a personal photoshoot…oblivious to the LINE OF PEOPLE waiting for the machine being used as a PROP? 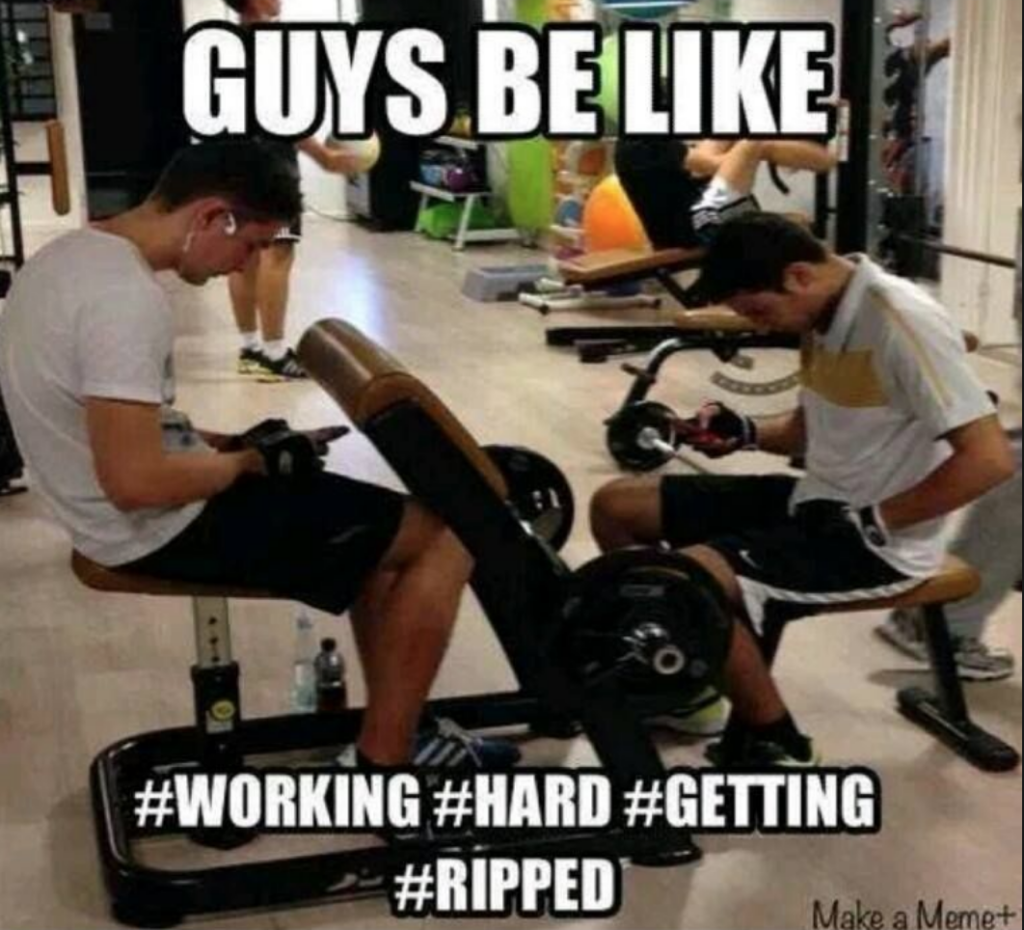 Yes, it is the holidays and “Peace on Earth” but this is a formula to get a piece of…*yoga breaths*

Last Monday, I was doing a leg workout with Hubby and—again TRUE STORY—this ONE guy had almost 800 pounds on the squat bar (station) where he’d left his water bottle and lifting belt. He also had another 200 pounds loaded on the incline benchpress across from the squat station…where he’d draped his towel.

MEANWHILE…he sat TEXTING and POSTING ON SOCIAL MEDIA on a THIRD station. I wish I were making this up.

….and this is how serial killers are born.

I’m thinking we need the new Swole Smokey the Bear to do some PSAs for gym etiquette. What? I can dream. This is why writers are never put in charge… 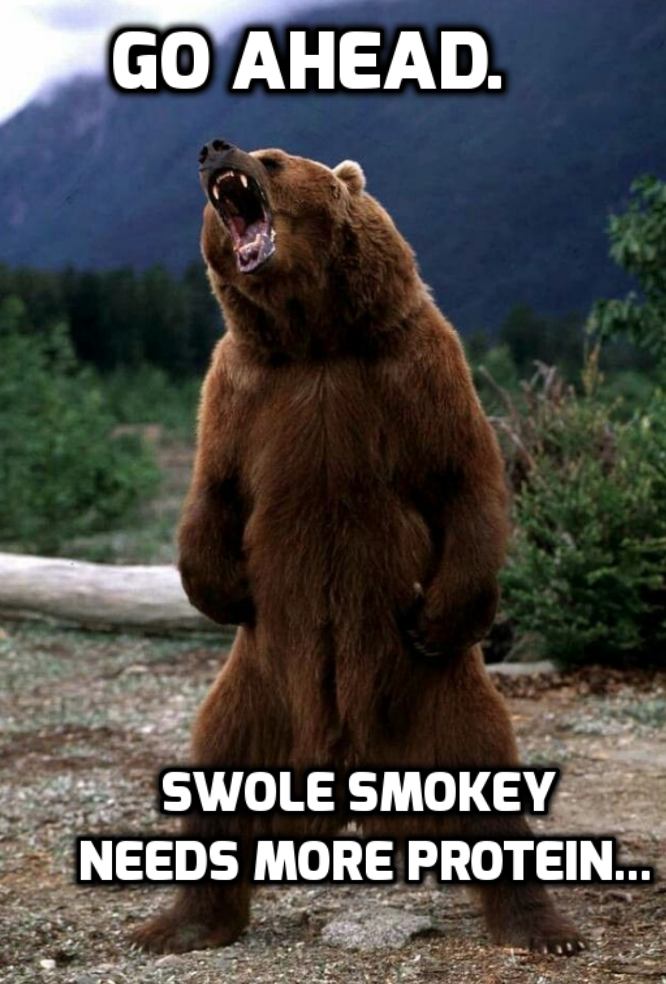 It’s the holidays and I know, I know! Everywhere is way more crowded and we’re all crammed together. It’s challenging to all get along, but doable.

Pay attention, encourage the new people, remember there are others around us, clean up after ourselves, etc. Be considerate. The little things make a big difference.

In the end, Gym Bugs come and go. Just be patient, learn to laugh. For those who remain who wanna get swole, not parole? Remember: