Backstory: The More You Know, The Less I Have To 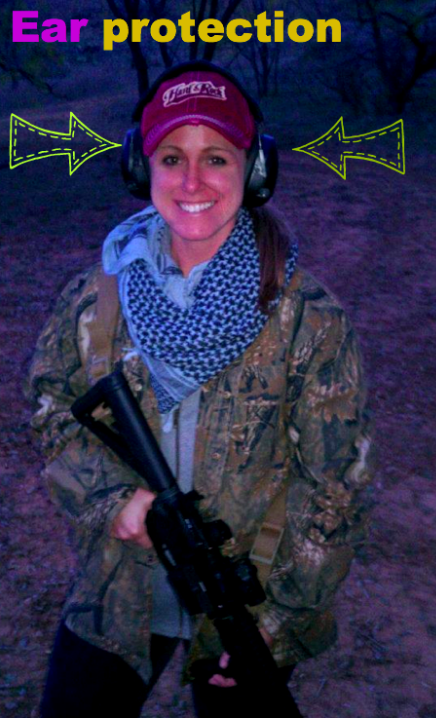 I’m once again letting Piper hijack my blog to talk about a subject near and dear to me—GUNS. Chances are, many of you are writing thrillers or suspense or knitting books that involve FIREARMS. Piper and I are NOT the people you take with you to an action film unless you believe—like we do—most of these movies should be classified under “Comedy.”

We count rounds. Ooooh, I want THAT GUN. The one that NEVER runs out of ammo EVER! We also cringed in the Sherlock—A Game of Shadows movie. Remember? In the Arms Factory Scene, Col. Moran whips out the c96 Mauser pistol and loads it from the bottom, perhaps because this looked “cooler.” Historical Note: Good luck loading that gun from the BOTTOM. It loaded from the top.

I also love how movies have these LOOOONG shoot-out scenes with thousands and thousands of rounds fired. Afterward? No one is yelling like my 90 year-old Aunt Peggy when her hearing aid lost battery.

WHERE DID THEY FLEE?

YOU HAVE TO PEE?

NO! WHERE DID THEY GO?

NO! I DON’T HAVE TO GO! BATHROOM LATER! FIND BAD GUYS NOW!

Okay, I’ll stop and let Piper take it from here. The point of this blog is that, IF you are going to use firearms in your books? Please let the reader see you did your research. They will love you for it. And, if you (the author) put a safety on your revolver (actually had this happen) we will HURL your book across the room.

Take it away Piper and Holmes!

NaNoWriMo is almost here. Whether it’s your first draft or your tenth, the last thing you want to look like on the page is an amateur. Yesterday, we got rid of your backstory. (See Backstory: The More You Know, The Less I Need To.) Now we’re going to take a look at your terminology.

Whether your story is literary fiction, a romance, or a thriller, it might well have a firearm in it. Firearms should always be used properly, whether in person or on a page. So let’s make sure you have your vocabulary straight so that people like us and Kristen don’t throw your book against the wall.

Let’s start by clearing up the most common gun misnomer of all time— the “clip” vs. the “magazine.”

If your story has “clips” in it, you most likely need to be writing historical fiction. There are extremely few modern weapons being manufactured today that use clips unless they are replicas of old weapons. One rare example of a modern weapon using a clip is the Smith & Wesson 9mm revolver, which uses a moon clip. So if your character is using a weapon with an actual “clip,” you need to make it quite clear in your writing that it is either a historical weapon or one of the extremely rare exceptions.

This is one example of a “clip.”

These are “magazines” (BELOW). Magazines are widely used in both handguns and rifles.

They hold cartridges and can be quickly and easily reloaded.

These magazines fit into the handles of the pistols. Contrary to popular belief among certain circles of politicians who I shall not name, they can be reused countless times. They don’t magically get used up just because all of the cartridges are fired.

Now that we’ve cleared that up, let’s move on to the different types of firearms—automatics, semi-automatics, and revolvers.

With an automatic weapon, the cartridges load into a removable magazine. The weapon is called automatic because when you pull the trigger, it automatically fires repeated bullets until you take your finger off of the trigger. When the shooter fires, the brass shells of the cartridges are ejected from the weapon. Modern automatic weapons are generally illegal for private ownership without special licenses, a ton of paperwork, and a background check so thorough that it would make your personal physician cringe. These licenses are also so expensive that you’d be better off opening a small business instead of pursuing this type of weapon license.

A semi-automatic also has cartridges that load into a removable magazine, which, in a pistol such as this one, fits into the handle of the gun. However, one trigger pull equals one shot, and the brass shell from each cartridge is automatically ejected. The weapon does not automatically keep firing.

Semi-automatics are legal in all states, but only to varying degrees in different places. In a few Western states, they practically come as prizes in the bottom of cereal boxes, while in others, only bodyguards of celebrities and politicians who advocate gun control get to carry them. In fact, if the celebrities and politicians are vocal enough in their opposition to private firearms, their bodyguards are approved to operate drones, drive tanks, and launch thermonuclear devices and other weapons of mass destruction 😀 .

If you live in one of these latter states, such as California, check your laws before you put a pistol in your California character’s hand. California requires certain design modifications. Your readers will know this, and they likely could call you on it.

It’s extremely common for a semi-automatic to be inaccurately referred to throughout media, movies, and TV as an “automatic” weapon. No matter how hot the journalist, movie star, or soap opera star might be, don’t believe it just because they say it.

Piper in the remake of Dirty Harry

A revolver is so called because the cartridges reside in a revolving cylinder. Like the semi-automatic, one trigger pull equals one shot. However, the brass shells are not ejected automatically. A shooter must open the cylinder and eject all of the shells simultaneously. Again, the legalities of ownership vary from state to state.

Not to knock one of Piper’s favorites, The Walking Dead, but if you listen closely when Rick fires his Colt Python .357 revolver, you will sometimes hear the sound of ejected brass hitting the floor with each shot—something only semi-automatics and automatics do. Total audio fiction.

Speaking of weapons, Holmes and I are calling all bloggers for a contest in which the winner will be determined with a shot.

To celebrate our debut spy thriller release, THE SPY BRIDE in the RISKY BRIDES Bestsellers’ Collection, we are inviting all bloggers to write a post about absolutely anything espionage or wedding related. Link back to this post at out site to be entered in a contest for a $25 Amazon card and a copy of RISKY BRIDES.

Write about your favorite Bond movie, your favorite historical spook, or how you used to spy on your siblings. Tell us about your wildest bachelor party, you favorite wedding, or your worst bridesmaid’s dress. If you manage to write about both spooks and weddings in the same post, you’ll have your name entered twice.

Be sure to link back to the Spy Bride Challenge post at our site so we see your entry!

The winner will be chosen on Thanksgiving Day. We will attach the names of all entries to a shooting target. Then we will blindfold Piper’s lovely daughter, DD, and she will shoot the target. The name that she shoots will be the winner of the coveted Amazon gift card.

DD ready to determine the winner.

We have some wonderful prizes for you, as well. Sign up for the Bayard & Holmes Newsletter and be automatically entered to win a Secret Decoder Ring, a stash of Ghirardelli chocolate, or a bottle of sparkling wine from Mumm Napa vineyard.

Feel free to enter both contests!

Best of luck to all of you. Can’t wait to see your entries!

RISKY BRIDES is on sale for a limited time at only $.99 and is available at Amazon, Barnes & Noble, iBookstore, and Kobo.

Piper Bayard is an author, bellydancer, shooter, SCUBA diver, and a recovering attorney with a college degree or two. She writes spy thrillers with Jay Holmes, a forty-year veteran covert operative and a current senior member of the intelligence community. Piper is the public face of their partnership.