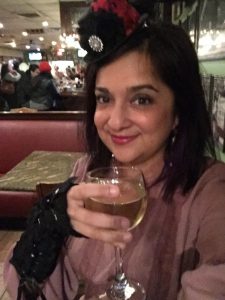 There is nothing wrong with sitting in a bar on Halloween wearing steampunk. Even if no one else is.

It’s me! I’m back! It’s another #SquattersRights day on Kristen Lamb’s blog, and today, I’ll be talking to you about steampunk (and no, you do not capitalize it because it is just another genre like horror, fantasy, or romance).

Some people like to credit Will Smith with ushering in the great age of steampunk because of that stellar cinematic festival of delight: ‘Wild Wild West.’ However, they are wrong. Steampunk originated with the original badass Victorians who actually used steam and their imaginations to dream up some crazy shizz.

What’s that I hear? The cat call for me to name them?

H.G. Wells. Jules Verne. You might even argue that some of Edgar Allan Poe’s lesser-known stories dipped a timorous toe into steampunk.

So, what is steampunk? Ha! Trick question. I’m not going to define it because there are far too many sites out there that spend blog post after blog post debating the finer delineations and spraying down commenters with flame throwers. I could say it’s kind of like pornography. I can’t define it, but I know it when I see it. 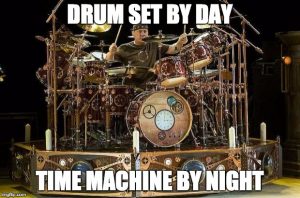 What I will do is share with you some of the key characteristics of steampunk and how to avoid the world-building pitfalls that make readers flip tables and leave books in the DNF (Did Not Finish) pile. Obviously there is a lot to world-building that is common to all genres, but a few things are specific to steampunk, and while they are part of what make the genre so fun, they also require more work than most we generally think. At least, if we want to do the job well and play the role of frantic slave to KENP. (See my manifesto, er, blog post over at caitreynolds.com)

The first question we have to ask in creating a steampunk world is just how Victorian do we want to get? An undeniable part of the charm of steampunk is the contrast between the stodgy, fussy prissiness of Victoriana and the wild, unexpected consequences of ‘steam science’ upsetting the well-ordered apple cart of society.

You probably know what I’m going to say here. Wait for it…wait for it…

That delightful contrast can only be created if we do the research.

Boston in 1875 was a very different place from London in 1881, and even more different than Paris of 1890. I’m not talking just about the style of dress, which went from bustles to leg-o-mutton sleeves. I’m talking about political movements, social changes from abolitionism to colonialism, the development of the modern police force and formalized investigative techniques, and that little tiny detail of scientific progress and industry.

A lot of writers make the mistake of thinking that just because they are writing steampunk, they can get away with not doing research. They couldn’t be more wrong, and it shows in their shoddy, unbelievable world-building. Even worse is when writers mention something that they think would be a cutting-edge invention, yet the invention had in reality already been around for several years. 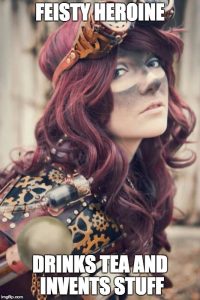 Without a firm grounding in historical knowledge, steampunk produces characters that are anachronistic (I’m looking at you, feisty heroine who doesn’t want to get married and wants to be an inventor), a society that is a poor pantomime of actual Victorian manners and beliefs, and steampunkish inventions that are trite and unexciting.

Dirigibles, ether, and time travel machines are some of the stock technical steampunk ‘accessories.’ It can be a lot of fun to figure out how to reverse engineer today’s gadgets and make them work using the technology, tools, and material available in the 19th century.

But, creating the technological and mechanical anomalies of steampunk is a delicate balancing act. If we fall off to one side, we risk over-complicating things with gadgets that are irrelevant to the plot. If we fall off to the other side, we fail to come up with anything really interesting or useful to the story. So, how do we avoid doing this?

There are a couple of things we can do.

First, decide exactly what year we are writing about. I don’t care if I pick it out of a hat, but if 1877 is the year that comes up, then that is what I am going to use. Why? Because I need to the year I’m going to base all my research on. In addition to all the general historical research I’ll do, I will go further and read everything I can about the state of science, industry, and transportation in that year. By doing this, I’ll know precisely what scientific advancements they had achieved, how they traveled, and what machines were being used and invented. I’ll also read about the state of medicine to know just how badly I can injure my characters or how sick I can make them while giving them a fighting chance at recovery.

It’s easy to get overwhelmed at this point, so instead of trying to upgrade everything mechanical to steampunk, I’ll narrow it down to two or three things that I want to be fun and different – always provided that they are relevant to the plot. I’ll figure out what the machine does, what it doesn’t do, what can break it, what can fix it, and what powers it. I’ll give it some features that are futuristic or advanced, but I will also set firm limits on what it can do. 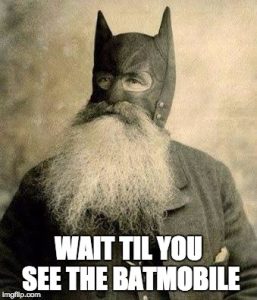 All of this has to be based on facts, with logic and rules guiding the creation of the steampunk features of the story. Because of the complexity of world-building, steampunk requires an almost religious adherence to logic in order to keep the reader from getting lost in confusing details and conflicting ideas.

Oh, and while I’m at it, let’s just get one thing perfectly clear: there is no reason for characters to wear hats and gloves inside the home, nor would any self-respecting woman wear her corset on the outside of her clothing. It’s not just being a stickler for historical details. It’s about logic.

Now, if my characters need to wear a wrist brace, I will make sure that the gadgets or weapons on the brace are absolutely necessary to the plot and will come in handy late by being either exactly what the character needs or exactly what he/she doesn’t need (therefore creating more fun…er…conflict). This also goes for goggles.  Characters are not going to wear their goggles on their heads or hats unless they are actively in the middle of something that would require them, or they soon will be. While outlandish steampunk fashion looks cool on book covers, a more reasonable nod to reality makes for a more enjoyable, organic story for the reader.

Naturally, this is merely a fraction of what I have to say about steampunk world-building. Given a chance, I can rant by the hour. In fact, Kristen has given me a chance to rant…er…instruct by the hour. I’m teaching an entire class on steampunk! 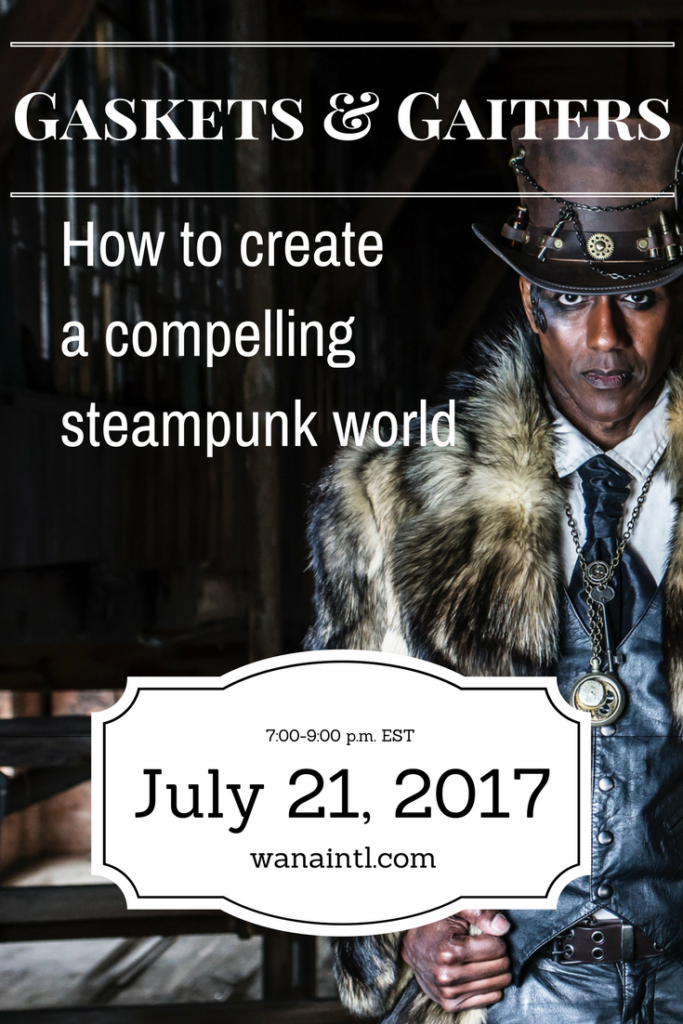 Steampunk has become one of the hottest genres today, crossing the lines of YA, NA, and adult fiction. It seems like it’s fun to write because it’s fun to read. However, there’s a world of difference between the amateur steampunk writer and the professional steampunk author, and the difference lies in the world they create.

Steampunk is not an excuse to take short-cuts with history. Good writing in this genre requires a solid grasp of Victorian culture and history, including the history of science, medicine, and industry. This shouldn’t scare you off from writing steampunk, but it should encourage you to take this class and learn how to create a world that is accurate, consistent and immersive.

This class will cover a broad range of topics including: