Saying What You Mean: Controversial Language in Fiction

Back to School – New W.A.N.A. Classes for September!

Happy Friday! It’s Cait Reynolds, sitting in for Kristen – who is off GALLIVANTING in New Zealand. We’re not jealous. Or bitter. At. All. Anyway, while the cat’s away, other cats will come in and mark their territory.

Today, I am super excited to bring you Kim Alexander, fantasy writer extraordinaire. If you know anything about me, you know that I am a picky b*tch when it comes to fiction, and there are very few authors that I would go back to the well for, especially when it comes to series. Kim is one of them. Consider this a ‘ground-floor tip’ from me. She’s one to watch. 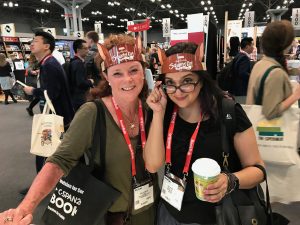 Encomiums aside, Kim is a master world-builder for fantasy. Today, she is going to talk about something very cool: books within books. This concept is interesting from two perspectives.

The first is the purely commercial aspect of it, (I’m looking at J.K. Rowling and sighing wistfully at the thought of her bank account). Books within books give us a chance to expand a series not just with a ‘back list,’ but with a ‘side list’ of related books.

The second aspect is how it brings the reader deeper into the culture and characters. We read, and we read about characters reading. But to read what they read and understand the impact of that reading…well, that’s a pretty awesome immersion technique. (Bonus points if you unraveled my sentences.)

Before we get to Kim, I need to share a quick programming note: Monday’s blog is going to be the announcement of our September 2017 class schedule. We have new instructors, new classes, and so much more planned!

Traffic, Bilbo Baggins, and espresso (lots of it).

First of all, I have to thank your regularly scheduled squatter Cait who SWORE to me it was okay with Kristen that I take over her page today. Cait, you did tell her, right? RIGHT?

So…hello, friend. I’m Kim Alexander, and I live in DC and write epic fantasy. I used to co-run Sirius XM Book Radio, so I got to interview literally hundreds of authors. When my channel got cancelled, I took everything I learned over those past 5 years and started writing my own books. (I also was an old fashioned radio DJ as a dewy youth, so if you were in South Florida or the Keys you may have heard me kick off another seven song set with Aerosmith coming up after the break. After that I was a traffic reporter for approximately seven thousand years; yes, there was a backup on the beltway; yes, I went up in a helicopter a few times; yes, it was both hard and boring.)

These days, like the rest of us, I mostly start my day in a cold sweat, have a good shower-cry, drink a triple espresso, and do my best to get some work done. 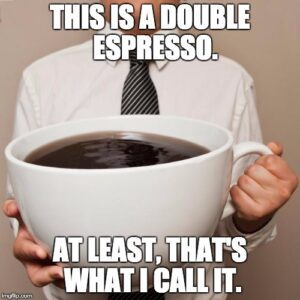 It’s kind of hard to do that last part. Especially when we’re going through a tough time.

I feel pretty confident that I’m not the only one who sometimes needs it all to just stop, just for a few minutes. And there’s no place better to escape than taking solace inside of books.

You know who else is working through some tough times? Almost everyone you’ll meet in those pages. I mean, they wouldn’t be there if things were super, going really well, thanks! If Bilbo just hung around the Shire smoking weed and having parties – no, that’s a bad example, I’d still read that. Okay, if Paul never left Caladan and grew up as a minor noble who never even heard of sandworms, that wouldn’t be much of a story.

So, things go wrong, and then they get wronger. Those stressed, heartsick, lonely, frightened characters – like us – sometimes get away by turning to their favorite imaginary books.

Great books that came from books (and some that didn’t).

I love books within books almost as much as I love footnotes.

Since I’m a weirdo, Lovecraft’s Necronomicon springs to mind as one of my favorites, although I don’t think anyone cracks it open with a cup of tea to relax. I could be wrong – I don’t know your life/allegiance to the Elder Gods.

Harry Potter has dozens of them, of course. Strategically releasing these books not only fed the feeding frenzy of all things Potter, it tided fans over until the release of The Cursed Child and the start of a new movie franchise.

Dune not only has pages of them, but references them liberally throughout the text. I’ve always wanted that thumb sized copy of the Orange Catholic Bible to go along with the ‘I will face my fear’ tattoo I’m going to get one day. Yes, I am way into Dune.

Fictional books have always appealed to me, as much, almost as books of fiction. They are the mystery that can never be solved, they impact our heroes (and villains) without ever showing their faces. It’s up to the author whether or not they want to expose their books-within-books to the light of day. They can be a joke, or a key, or commentary on the action. They add another layer.

They have great power.

I wanted one for myself, or rather, my books.

Not writing a book-within-a-book…then writing it.

In my epic fantasy novel The Sand Prince, my hero, the misfit demon prince Rhuun, finds just such a book – a marvelous story of the adventures of a human man and his friends and enemies on the other side of The Door, the mystical portal separating his own world of Eriis from the human lands of Mistra. The humans are a great mystery to the demons of Eriis, as The Door has been locked in the wake of a disastrous war a generation past. Rhuun is something of a mystery as well, even to himself. He sees something in the human book that resonates with him, and he sees a strange echo of himself in the painting of the human man and woman on the cover of his book. He thinks it’s a documentary, a blueprint to a way of behaving in a world he’s desperate to visit.

Originally, the idea that a lurid, over-the-top, bodice-ripping romance novel would serve as my hero’s guide to the human world was a sort of joke. But then, as things tend to do with us writers, the joke got out of hand and took on a life of its own. I began to seriously consider it.

What if, I asked myself, the only thing Rhuun knows about the human world is what he read in this little book, without context? When he meets Lelet, our relatively modern human heroine, how will she react when he calls her a ‘wench?’ (Pretty much as you’d expect.)

To create my book within a book, I first wrote the epigrams appearing at the beginning of each chapter set in Mistra and taken from the imaginary novel, The Claiming of the Duke. I wanted them to reflect the action in the chapter, and I made the prose of each one more purple than the next.

Then, after The Sand Prince was published, I decided to try and write the whole book. 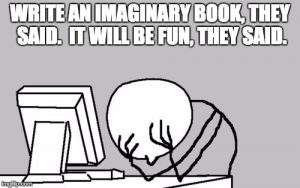 Since I had one character die twice, several murders, many heaving, creamy, alabaster bosoms, and some fairly ridiculous dialogue, I had a lot of work to do retro-fitting an actual plot with real characters into the twelve or so pages of text I’d already written. It was plotting something that hadn’t even really been pantsed.

I kept almost all (not quite all) of the original epigrams from The Sand Prince. I invented a mysterious dead wife for my Duke, and figured out how to kill off that pesky character who meets his maker twice. I have to confess, I sort of became quite fond of the Duke – to my own surprise – since he’s sort of an alpha-jerk. Only sort of, because even he has hidden and honestly kind of kinky depths.

In fact the most fun I had was sprinkling references to both The Sand Prince and its sequel The Heron Prince into The Claiming of the Duke. We find out why Rhuun picks ‘Moth’ as his name in the human world. If you’ve read those books, you’ll easily find your way through the darkened hallways of the once-great crumbling estate of Gardenhour. If not, welcome to Mistra and I hope you enjoy your introduction to my world within a world inside this book.

Oh! Nearly forgot to mention my inspirations and guiding spirits. Allow me to make your life a better place by introducing you to Leeloo and Onion.

Leeloo, pictured right, is A Lady. Onion, left, is Cattus Gooberus. We like to keep them folded away for neat and easy storage. 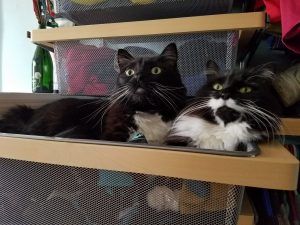 Here they are staring in obvious terror at something just above my head. Or an invisible bug. Or air.

So, the cats and I will see you in next month’s classes, and we’ll talk a little more about the ways you can make your fictional fantasy world come to life. 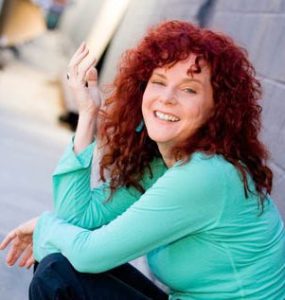 Kim Alexander lives in Washington DC where she writes epic fantasy and paranormal romance.  These days she divides her time between writing, rooftop gardening, and waiting on her cats. ?

Her earlier incarnation co-producing Sirius XM Book Radio gave her a look inside the heads of hundreds of best selling authors, and she’s ready to pass on what she learned.

CATCH THE LAST CLASSES FOR AUGUST AND WATCH HERE FOR OUR WHOLE NEW LINE-UP OF SEPTEMBER CLASSES!

We’ve added in classes on erotica/high heat romance, fantasy, how to write strong female characters and MORE! Classes with me, with USA Today Best-Selling Author Cait Reynolds and award-winning author and journalist Lisa-Hall Wilson. So click on a tile and sign up!