The Doctor is in the House–Novel Diagnostics

Meet the Maven–We're Here Whether You Want Us or Not 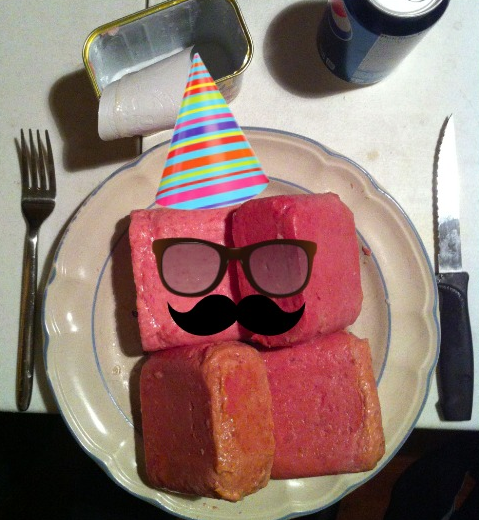 Dr. Twuth–Because social media shouldn’t make you want to slam your head in a door.

Welcome to Tuesdays with Dr. Twuth, here to answer all your questions, problems and concerns about social media. Since social media (done properly) involves interacting with other humans, it is just a good plan to have an advice column handy to help navigate the emotional waters of keeping thousands of friends happy and speaking to us.

My alter ego, Dr. Twuth can be counted on to give you the best information on social media. And, since a spoon full of  humor, makes the  medicine go down, fun is always a guarantee here with me, Dr. Twuth, Text Therapist.

The tips offered here are all based off my #1 best-selling books We Are Not Alone–The Writer’s Guide to Social Media and Are You There, Blog? It’s Me, Writer.

If our goal is to build an author platform in the thousands to tens of thousands, then we will have to approach ALL social media differently than a faceless corporation or even the regular person who does not possess a goal of becoming a brand.

This blog will help you rule social media–regardless of platform–without devolving into a spam bot. If social media makes you want to slam your head in a door, then you are in the right place.

Just call on Dr. Twuth, because the Twuth will set you free.

On to our peeps in need…

I just read an article describing the new Facebook system of subscribing and I am wondering what you think of random people being able to subscribe to our FB pages and see updates? Is that something we should do if we don’t yet have a fan page? Will the subscribe feature replace fan pages? If we do put a subscribe button, do we allow comments from subscribers who are not friends? I fear random spammers subscribing to everyone and leaving comments about cheap viagra. I post different things on FB and Twitter because all of my FB friends are people I know in real life.

Facebook, like any social site, needs to grow and adapt in order to survive. Some adaptations are useful, and others not so much. Just go ask the whale that had legs….wait, you can’t. Apparently he was eaten before he could have kids.

And that nifty eye in the back of its head seemed so promising.

Social sites are all in competition with each other, and, if they see that people are gravitating in large numbers to a competing social platform, they call together all the most brilliant and creative minds in the technology world…to copy what the other site is doing.

Think of Queen Bees in high school. MySpace used to be the reigning Bee, but once everyone had a date with her they went chasing after Facebook, the new girl in school with the Ivy League background.

Poor MySpace dressed in even flashier flash and shamelessly copied Facebook until it was just kinda…sad.

It seems now that the reigning Facebook Bee is now getting a dose of her own medicine, with Geek Chic G+ and Talk of the Town Twitter. Instead of feeling secure and just being Facebook, she is now pulling a MySpace and looking too much at others instead of just being herself.

The downside of this is it is just weird and sad and kinda pisses off everyone who already likes Facebook for being Facebook. Your real friends don’t need you to change to like you. They already do.

So now that Facebook has a spray tan and speaks with a fake British accent, it’s just…off-putting. This confuses, perplexes and annoys people loyal to Facebook. We keep reminding her of MySpace and how she had to leave school to “go live with an aunt” *wink, wink*, but it’s no use.

The upside is that so long as Facebook can keep the flash and pop ups at bay, these changes might be fine….if she will leave them alone long enough for any of us to get used to them.

Back to your question about subscriptions. I had only fleetingly heard of this change–FB changes her look more than Lady Gaga–so I put on my “expert” hat and did some thorough scientific testing (I punched a lot of buttons and yelled at my screen).

After a thorough analysis, I believe Facebook might be on to something. Social media has always been about human connection, but I do think there were some initial mistakes made that Facebook is now trying to correct…by copying Twitter and G+. But in fairness, if someone solves your problem, there is no need to reinvent the wheel.

(I made up the name Twit +…but seems appropriate to me. Maybe they can offer me money for the rights…or not).

FB originally had people becoming a “fan” of others, but this smacked of a wee bit too much emotional commitment than most people felt comfortable with. Thus, it make it easier when we could simply “Like” people.

There are people on Facebook that have a lot of information I’d like to be privy to, but it’s tough sending a Friend Request. Jane Friedman, editor at Writer’s Digest, posts some amazing content, but it isn’t like we are going to stay up late talking about boys and braiding each other’s hair.

Subscribing to a feed is passive and unidirectional and makes us privy only to the person’s public posts. Let’s face it, some people we like as information hubs. The subscription, to me, is just all round less…icky.

Twit + might make it easier to keep on top of relevant feeds.

Anyway, not being able to keep up with preferred feeds has been a source of much controversy. In Twitter, I can use Tweet Deck to easily keep up and FB knows this….ergo Twit +.

Twit+ actually can help us balance our private side and public side.

Twitter is fun and awesome, but there is a downside. EVERYTHING is public, unless you DM. But, you can only direct message one person at a time, so this could get cumbersome. Thus, if you are a celebrity author, like James Rollins, your life is out for the world to see.

If you want to keep up with friends and family on social media, you need a separate account and that just is a headache. With Twit+, however, this problem is solved.

Unlike Twitter (and perhaps better) Jim could also make posts that only appear to certain groups (this is the copying G+ part). We (strangers) can subscribe to his FB feed and see about new books, signings, etc., anything that falls into a “public” post.

But, if Jim wants to post things he doesn’t want the world to see, he just chooses the setting before hitting enter. Sort of like in G+ you can post to certain circles if you are posting a skydiving squirrel, but change it if you are talking trash about your boss.

Granted, we have always been able to select who saw what on FB, only NOW we have the added advantage of my next point.

I like having a regular FB page and am not thrilled with having to go to a fan page. In fact, I am putting it off as long as possible. It lacks the two-way communication I dig with the regular page.

Ah, but as my “friend” numbers climb, I am growing ever closer to my regular page hitting critical mass, and then I will be forced over to the fan page. Facebook’s new Twit+ alleviates pressure off the 5000 person limit. Some people can simply subscribe and that frees up friend spaces for real fake friends.

I must confess that Facebook might be onto something with Twit+, but will she leave it alone long enough for us to care/catch on? That’s the real question.

Is she pulling a MySpace, or is FB more like Lady Gaga than we realize? She wears s diamond lobster hat, and we laugh and feel kinda sorry for her….until Swarovski Shellfish become the hottest NY fashion *scratches head*. 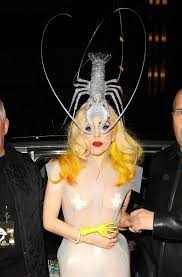 At the end of the day, my advice to writers is to live your social media life as if your mother is reading every post. My mother actually is reading all of my posts. She is the governor on my stupidity. If I know I’ll get a call from Mom, I don’t post.

Writers are a new kind of celebrity and I feel the successful authors of the future are going to have to be much more interactive with their fan base. This is why I never ever post anything negative, refuse to take part in rants, and don’t give away loads of personal information.

That new FB function where you can report your location???? Seriously? Are they working with Homeland Security now? But, that is for another day.

So Spooked, I wouldn’t concern myself too much with this. If you talk a lot to family and friends and don’t want the world to see (even via subscription) just go to your Privacy Settings and make your default setting Private.

This way, when you have a post about your blog or your book that you want subscribers to see, you just change the setting for that particular post. And just apply the Mother Test and you will be fine.

See how easy this is? Do you have a social media dilemma? Is someone making you crazy? Do you feel alone, afraid or unsexy? Leave your question in the comments or if you would like to maintain anonymity, e-mail Dr. Twuth and put GIVE ME THE TWUTH in the subject line.

I am about love and offering a human touch to this digital world. My Dr. Twuth identity is certified, or certifiable, I can’t recall which. But, hey, it’s free so if you don’t like my advice, I promise to give you 100% refund (There will be a $15.99 processing fee for said refund).

Let me, Dr. Twuth, help you out. Remember, the Twuth will set you free.