Body Dysmorphia is OUT OF CONTROL! Now Affecting the Mannequins

Celebrating Writer Independence & I Got to Be a Cyborg

The Democratization of Publishing—Independence is Scary 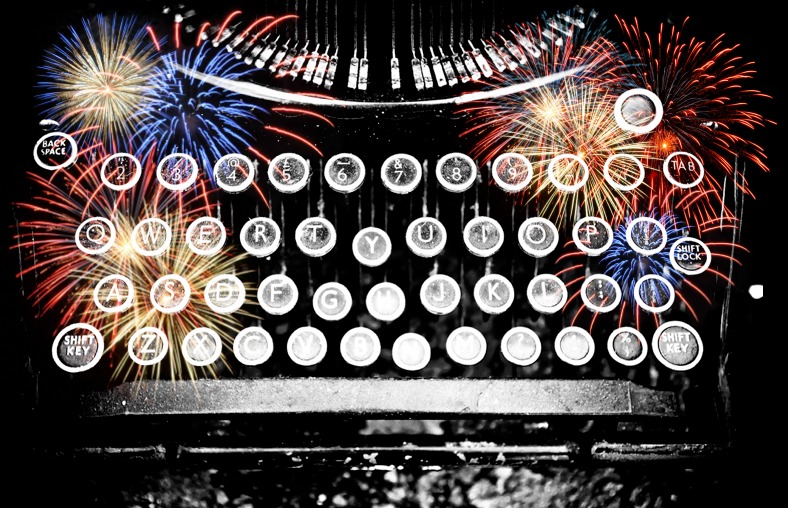 I’m looking over the final formatting for my new book Rise of the Machines—Human Authors in a Digital World. The goal is to release it on July 4th for a number of reasons. My first book was called We Are Not Alone and then we have the whole Rise of the Machines thing goin’ on with the new book. What better day to release than Independence Day? Okay, May the Fourth might have been cooler, but the book wasn’t finished with editing at that point.

Publishing has Been Democratized

Before the e-book/indie revolution, we writers relied on New York solely to grant us a career or not. We needed favor from the traditional press to move forward. There was no other way unless we were willing to hand ten or twenty thousand dollars to a vanity press and hope we could duplicate The Grisham Effect.

Grisham Effect—Self-publish and sell books out of the back of our cars and hope to get NY’s attention. But note, this wasn’t true independence. It was investing a lot of money and time in hopes of gaining favor with NYC.

For well over a century, NY held total control over print, production, and distribution. Additionally, writers were at the mercy of the publishers’ sales forces. The sales force would look back at what had been selling in order to get an idea of what would sell in the future.

Yeah, well we know this is an awesome post-apocalyptic book, but there are already too many on the market. NOPE.

Due to the business structure of legacy press, it was far harder to convince them to take risks (still is). They have overhead, pricey Manhattan rents, and employees to pay. Shareholders have expectations, too.

Living with Mom and Dad

Going traditional reminds me a lot of living at home. It does have a lot of advantages. I lived with my grandparents during my teen years and the fridge was always full. I didn’t have to sit and pay bills or get a job and pray I made enough tip money to keep the lights on. Of course this security came with limited freedom.

I had a curfew. There were restrictions on how I could dress, where I could go, who I could hang out with, and how I spent my  limited “spending money.” But, it was safe, predictable, and did I mention safe?

Take Care of Me

When I landed a premium agent, I thought, “Score! NY will LOVE this book. Surely I won’t have to do the heavy lifting.” Then my proposal sat…and sat…and sat some more. I didn’t want to leave the traditional nest, but I wasn’t being granted access to the traditional world either.

I was in Limbo, and had to make a choice. Stay in the nest or fly. 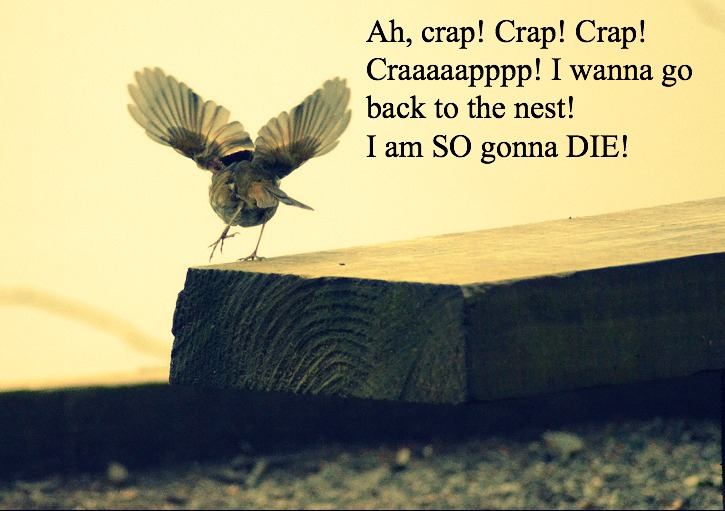 Going alone is terrifying. When I finally made the decision to move out of my grandparents’ home, life became much scarier and utterly unpredictable. I had to do a lot of stuff to survive that I would never had to do had I stayed in the nest. I wouldn’t have had to throw newspapers all night long just to crawl into my 8:00 a.m. Political Science class.

***Note: NEVER take home anything made of CLOTH. The bugs will carry you away. Yes, learned this the hard way by taking home the Sofa of DOOM. 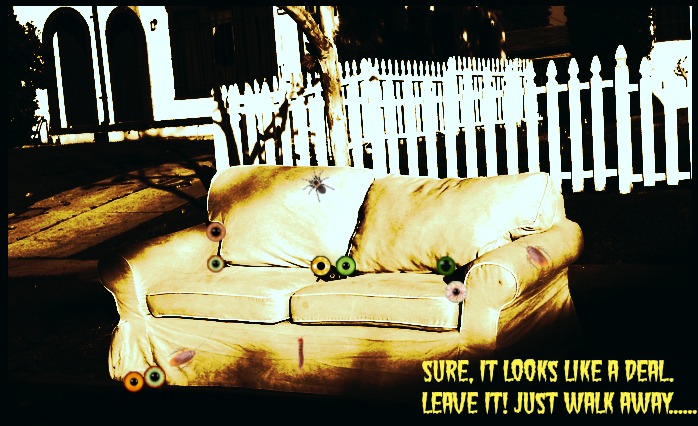 Ah, but there was no going back, and failure had a far steeper price.

Like many of you, I finally had to make a decision and move out. I wanted an agent and editor to be there for me, to do all that “business stuff.” After two years?

I was finally willing to give up security for freedom.

I didn’t want to have to wear all hats and be all things. Ah, but what we want and what we get in life are two different things. Not only did I have to leave the traditional nest, I had to leave the indie publisher nest.

I left because I wanted to try self-publishing, and I also knew I wouldn’t get the creative control I wanted, thus couldn’t fully spread my wings and try new ideas. 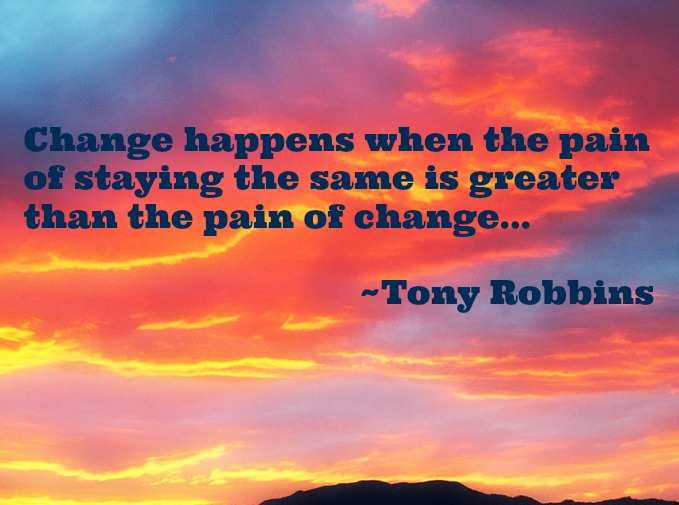 Here in America, we will be celebrating Independence Day. Americans believed they could create something different, something better. Meanwhile England was all like, “A government of the people, by the people and for the people? Are you HIGH? We protect you from wild Indians and send you supplies. We keep order.”

Despite the scary wilderness ahead and the idea writers would 1) have to do a lot of stuff ourselves and 2) have no long-established body of support (Mother Publishing) and 3) try things never done before in human history? We’re doing it.

The Indie movement is creating a paradigm that’s “Of the reader, for the reader and by the reader.” If we succeed, it’s because we did something right. We earned attention and loyalty from readers. Granted, the scary part is that we can just as easily get skewered by readers.

It’s the risk we take. 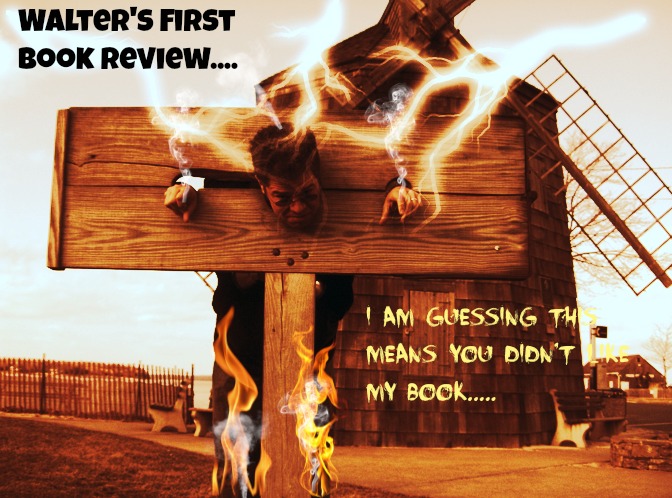 Yet, by breaking free, we have a chance to explore and test new ideas and combine or even create new genres. We can fail, learn from that failure and try again. We are part of a creative revolution and, like any revolution, not all of it’s pretty. But, some of it, in the end, is GLORIOUS.

So to all authors brave enough to go indie press or even go it alone? Hats off to you. And even those authors who are publishing traditionally? You are part of the revolution as well: social media, blogging and even hybridizing (self-publishing in between books to keep fans excited). It is a great time to be a writer, so Happy Independence to all of you.

For the indies out there, have you enjoyed your freedom? What’s been scary? Have you failed but learned a vital lesson? What are your concerns? Advice? Suggestions? Did you ever take home a Sofa of Doom? What crazy stuff did you have to do when you were first on your own?

Now get back to writing :D.

To prove it and show my love, for the month of June, everyone who leaves a comment I will put your name in a hat. If you comment and link back to my blog on your blog, you get your name in the hat twice. What do you win? The unvarnished truth from yours truly.

NOTE: My prior two books are no longer for sale. My new book, Rise of the Machines–Human Authors in a Digital World will be out (God-willing) July 4th. I will let y’all know when it’s ready for sale and I am updating/rewriting the other two