Jaws, Hydrophobia, and the REAL Story of Our Nation's Independence

Improvise, Adapt, and Overcome—Writers of the Digital Age

When it Comes to Success, Is It Hard Work or Luck? 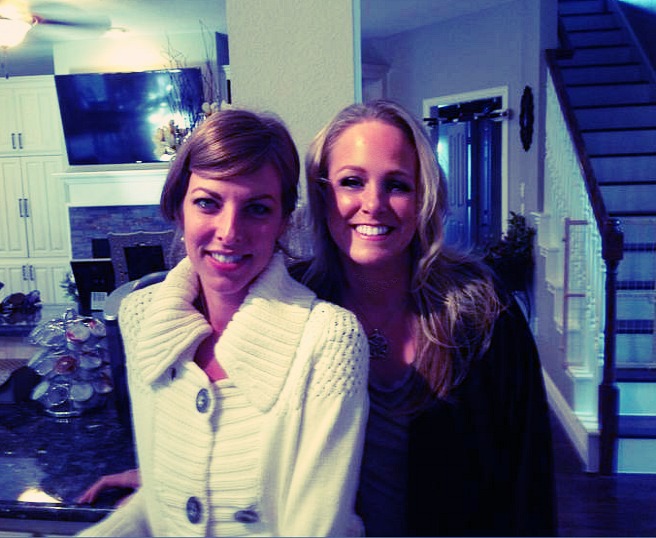 My Cousin Cara and me…

I have ABSOLUTELY THE BEST FAMILY ON THE PLANET. Last night, I saw my Cousin Cara for the first time in eleven years. Though we spent most of our early childhood together, we’ve not been in the same orbit in over twenty-five years. Cara lives in Germany, and is here in Texas for a working visit.

What I found funny is how much we were alike (even our voices sound alike, which was a tad spooky). Our personalities are very similar, though Cara continued the sales/business trajectory while I followed my passion for writing. Why I mention this is that we both share a passion for debate, and Cara and I had a (fun) heated discussion last night about luck, talent and hard work.

I, of course, believe in hard work and mastery, but Cara pointed out that it was useless without luck. That a lot of lazy, undeserving and even untalented people enjoy huge success while other, more deserving can die in obscurity.

Now you see why we had a hell of a debate. There was no simple answer.

The Thing About Luck

Luck is useless if you can’t use it. Back in 1993 I made friends with a guy who wanted me to partner in his business, but I had to raise equal capital. Unskilled at how to do this and lacking any savings (was living hand-to-mouth throwing newspapers) I was unable to invest even though I knew he had something.

This man invented the pre-paid phone card. I think he has his own island now.

I’ve always had the mind of an inventor. When I was 8, I invented a machine that could paint fingernails. I was tired of my right hand looking like it had been attacked by a ferret wielding a nail polish brush.

I wanted a solution, so I designed The Finger Fixer and gave the schematics to one of the craftsmen in my parent’s wood-shop. And it worked. The machine could steady your non-dominant hand to be able to paint evenly and smoothly. Why did this not take off?

I was too distracted by my next business idea.

I started a “green” cleaning business fifteen years before it was “cool” to be environmentally friendly. Why did it fail? Again, I lacked the skills, capital and focus to stay the course.

February of 2000, I envisioned a business hand-painting wine-glasses and martini glasses and selling them to boutiques. I even had learned a bit by this point and put together a business plan. No one would back me because I lacked experience. 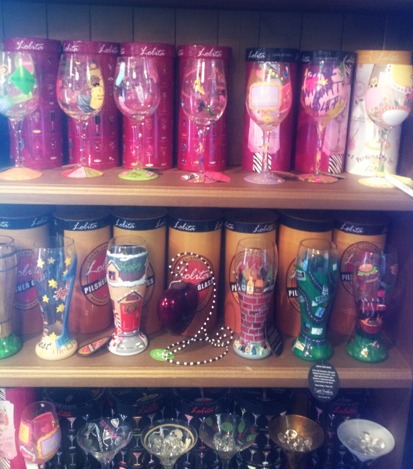 Every time I see these I want to CRY. 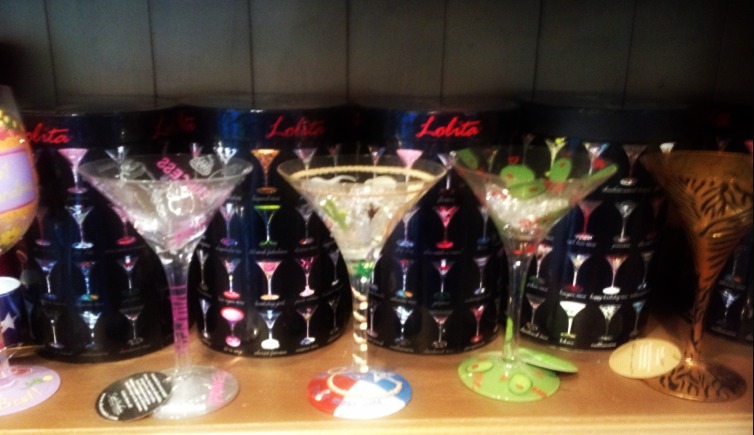 I’ve lost count of my inventions I didn’t know how to patent, that later were a huge deal. Business ideas I couldn’t bring to fruition due to lack of skill, lack of money, time whatever.

It was LUCK that I met the man who invented the pre-paid phone card, but I couldn’t take advantage of that luck. Thus, luck was worthless. On the other hand, with those other ideas like the cute glasses? I seriously could have used a little luck. I had some money, had a good plan, a lot of hard work…just didn’t have the fortune to connect with who I needed to take the idea to the next level.

When it comes to writing and social media, I’ve had a bit of both. Being someone who can spot trends, I knew in 2003 that social media would be a game-changer for authors. I tinkered with how to build an author platform back when Gather was alive.

Then, in 2007, I spotted something else. I’d been to a couple writing conferences, and I already knew we were going to have a major paradigm shift. What I noticed and what seriously bothered me was that authors weren’t being taught the business of their business.

The Big Six were tracking the same exact trajectory as Tower Records and Kodak, but authors were not being prepared for a world where they would have to become a brand before the book or they’d be invisible.

Every conference was loaded with craft classes and how to get a big NY agent so we writers would never have to worry our pretty little heads about any of that “business stuff.” Craft and agents were great, but writers were about to be dumped head-first into a Brave New World with no skills and no preparation.

This Time I Stayed the Course

When I approached agents about Facebook, I was told it was a fad. When I said it was possible for a novelist to become a brand before the first book, I was called a nut (and other very not-nice things).

But this time, I didn’t let up. Because of passion, I kept pressing. I also was fortunate Bob Mayer believed me and in me (that “luck” thing).

I looked at what I could do and I did it. Day after day. I could blog. I could read books and research so I could articulate my theories in a way that would make others see what I saw. I could do the writing. I could network. I could try then fail and fail some more and LEARN. I was back being a crazy inventor in my lab, only my lab was social media, and other writers were my ….um, friends :D.

I did a LOT of the experimenting on myself, too. Note the warriorwriters in my URL. I did all the dumb stuff, so you don’t have to.

The World is NOT FLAT

My new book Rise of the Machines–Human Authors in a Digital World is the culmination of the past six years of tinkering, several thousand pages of research, and a lot of making stuff go BOOM. It is proof that what I said in 2007 is real and can be done.

An author can become a force before the book is even finished.

I had NO GOOD ANSWER for Cara.

Because my cousin likes watching me twitch.

Cara actually had some great points. She said there are people who work their tails off their entire lives and get nowhere. Others pop out one book and SHAZAM!!!! Success! A lot of untalented people who have done very little work are rewarded.

Luck IS Super Important for Success

Of course the only thing I had to say to Cara was, Even if we look to….*sigh*….50 Shades of Grey? E.L. James still had to write the book. She had to put in work. The world has no use for a perfect half-finished book.

I know a lot of success is being in the right place at the right time in the right conditions. Hey, I want some luck too! Would LOVE some luck. Can I order some on eBay? In the meantime? Work keeps my mind off how much we DO need LUCK :D.

My motto: The harder I work, the luckier I get.

I see there is truth in both.

So what do you think? Is success about hard work or luck? Both? Which is more important? Do you have similar stories of hard work with no luck and luck with no way to use it?

BOOK WINNER: Rhett Bigler (I promised a copy of the e-book for one lucky commenter the day I first blogged about my new book to refresh y’all’s memories. Yes “y’all’s” is correct grammar in Texas).