Want to Be Successful? Beware of End-of-the-Rainbow Thinking

Why Is Horror So Important?–Part Two

Why is Horror Important?–Part One 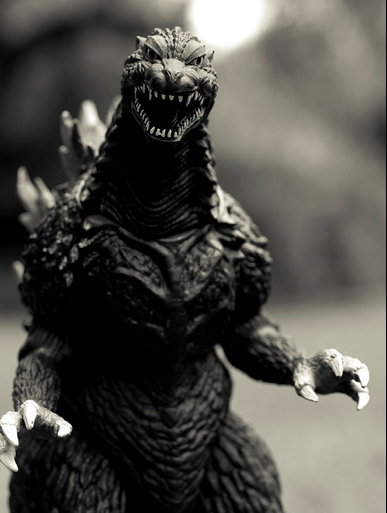 Horror is probably one of my favorite genres and always has been. When I was a teen, we didn’t have YA. We had Dean Koontz, Stephen King, H.P. Lovecraft and Clive Barker. My parents were thrilled I was reading. I wonder how they would’ve felt had they known what I was reading. Yet, growing up, I couldn’t get enough scary books or horror movies and not much has changed.

Even now, when life is stressful, out of control, or I’ve had a day that’s simply served me my own tail-end on a platter, what’s my favorite outlet? A good scary movie. Not slasher flicks, but horror; terrifying, well-thought stories. In a way, I find this strange, since I dedicate most of my waking hours to making other laugh, empowering them, teaching them and encouraging them.

So why, of all things, would I be drawn to something that could scare the wits out of me?

That’s a great question, and while I have my own opinions, I’ve decided to defer to an expert. Kevin is one of those rare blessings we can uncover with the Internet and social media. Though Kevin and I initially got off on the wrong foot, something akin to, “Kristen, please stop pirating my cable” which was a REAL trick since I live in Texas and he’s all the way in New York, we’ve become fast friends.

I quickly became fascinated by Kevin’s work, his writing, and the way he could explain a genre that’s intrigued me so much for most of my life. There are great writers and there are great teachers. It’s a great treasure to find someone who is BOTH (which is why Kevin will be teaching both days at WANACon).

That, and Stephen King has not fallen for the “free-candy-panel-van trick.” He’s slick that way.

But, I know you will greatly enjoy Kevin, so I am shutting up now and handing the show over to him…

Two summers ago on my family’s annual week-long vacation in the Adirondacks we spent a day in Lake George. After walking the sidewalks, I spied an attraction that of course piqued my curiosity:

Obviously, this lover of all things spooky was intrigued. I tried to get my seven year-old daughter to brave the museum with me but she wouldn’t bite. So my wife told me to go ahead and they’d meet me after at a park nearby. I felt a little silly going alone, but several turns into the tour I felt a lot less silly.

I’ll say this, those House of Frankenstein folks did a nice job, especially with a bunch of inanimate wax statues. The lights inside were very dim, but they let me see just enough to feel uneasy, even though I knew I was looking at wax statues. I’d round a blind corner, then a display would light up, startling me. I’d descend a flight of brightly lit, normal-looking stairs, expecting it to be over…turn the corner and once more find “things” shrouded in darkness.

When I finished that tour, the sun shined just a little bit brighter, the air felt warmer and I felt REALLY happy to catch up with my family; simply happy to be alive and healthy and not alone. Even for a guy who’d been writing horror for ten years or so, the experience proved to be a threshold moment: the darkness and disorientation and unpredictability (even though simulated) of that wax museum made me appreciate the light and the warmth and my family just a little bit more.

Anne Radcliffe, one of the first Gothic writers (The Mysteries of Udolpho) might’ve summed my experience up with her thoughts on terror, that it “expands the soul and awakens the faculties to a high degree of life.” 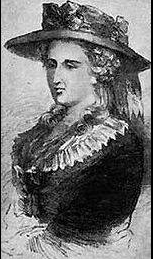 This is partly why I believe Horror is one of the most important literary genres around. We read these stories or watch these movies and as we close the book or as the credits roll, we think: Thank God. Thank that hasn’t happened to ME. And that, of course, this what early Greek tragedians called catharsis: the process of releasing, and thereby providing relief from, strong or repressed emotions.

I believe the last part of that definition is the most important, differentiating between horror and what I call exploitation. “Strong or repressed emotions.”

According to award-winning horror critic, editor and writer Douglas Winter: “horror is an emotion.” New York Times Best-Selling Author Ted Dekker once said in an aside at a conference, “Horror is one of the hardest genres to practice. To do it right, you have to be willing to make readers cry.”

But isn’t the world horrible enough? With our news sources glutted with stories of domestic and racial violence, school shootings and terrorism? Do we need the horror genre in a world filled with so much horror?

Yes. Yes, absolutely. In fact, we may need it more than ever.

“Why do you (we) want to make up horrible things when there is so much real horror in the
world?

The answer seems to be that we make up horrors to help us cope with the real ones. With the
endless inventiveness of humankind, we grasp the very real elements which are so divisive and
destructive and try to turn them into tools – to dismantle themselves….the dream of horror is
in itself an out-letting and a lancing…and it may well be that the mass media dream of horror
can sometimes become a nationwide’s analyst’s couch.” ~ Danse Macabre, pg. 13 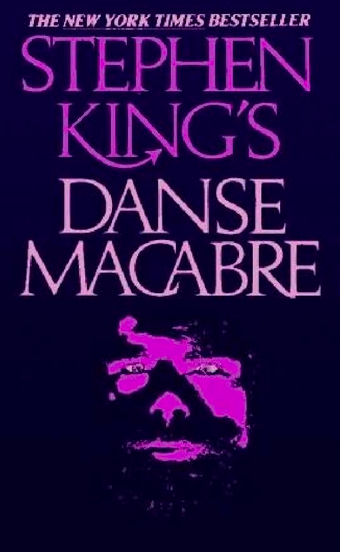 When we trace some of the horror tropes, even ones that seem silly, now (like giant bugs or a lumbering Frankenstein) reflect our nation’s anxieties. Through the thirties – during the Great Depression, when thousands of people felt alienated from society because of something they couldn’t control – horror movies focused on monsters cut off from society not because they CHOSE to be that way, but because they were.

Frankenstein is emblematic of this, when the monster – who was made to be what he was – falls victim to angry villagers brandishing torches and pitchforks, simply for being what his creator made him to be. 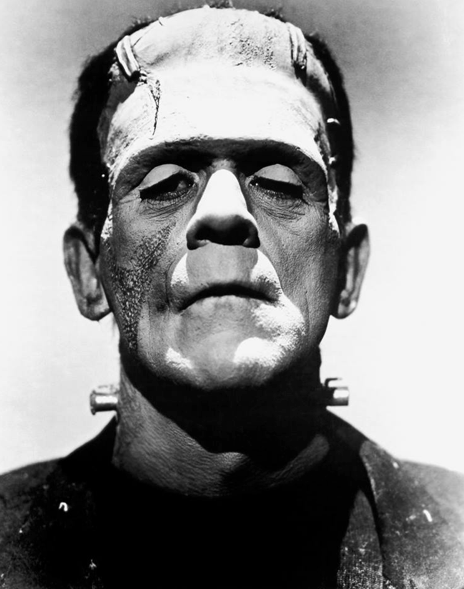 Following this thought, is it any wonder the fifties saw scores of movies about irradiated monster spiders and bugs (during the Cold War and nuclear proliferation and testing) as well as armies of emotionless aliens (nice stand-ins for those un-American Commies) INVADING Earth?

And even movies like the original Texas Chainsaw Massacre (not its endless remakes) has its place, coming so soon after the Vietnam War, which shattered the “rules” of combat and exposed authorities as unreliable and untrustworthy. 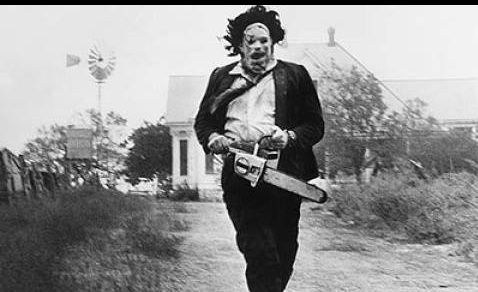 In Massacre, people are killed in the light of day, which had always been a trusted element of horror up until then: survive until daylight, and you’re safe. Not so in Massacre, which can very easily represent our twisted emotions and radically altered perceptions as a nation after staggering, battered and bloodied, out of Vietnam.

I read somewhere once about someone saying to Stephen King that he must have lots of nightmares, given what he writes. His answer? No, he doesn’t have nightmares – because he writes. So that catharsis goes both ways: providing not only a necessary release for the reader, but also – and perhaps more importantly – for the writer, too.

Thanks so much, Kevin! And we eagerly await the rest of this series. Not only is Kevin going to explore more about the purpose of Horror, but he’ll even offer insight on how to write this tough genre well.

No easy task in our spoiled-CGI-jaded world.

Are you like me and STILL remember episodes of the Twilight Zone? And this is why you HATE ventriloquist dolls? Or Jaws and still won’t swim in anything that isn’t chlorinated?

I LOVE hearing from you, and I know Kevin will, too. Ask him your questions. Tell him your fears. Comments for guests get double weight in the contest.

To prove it and show my love, for the month of September, everyone who leaves a comment I will put your name in a hat. If you comment and link back to my blog on your blog, you get your name in the hat twice. What do you win? The unvarnished truth from yours truly. I will pick a winner once a month and it will be a critique of the first 20 pages of your novel, or your query letter, or your synopsis (5 pages or less).

Kevin Lucia has worked as an Editor for Shroud Magazine and a Submissions Reader for Cemetery Dance Magazine, and is now an Associate Fiction Editor for The Horror Channel. His podcast “Horror 101” is featured monthly on Tales to Terrify and his short fiction has appeared in several venues. He’s currently finishing his Creative Writing Masters Degree at Binghamton University, he teaches high school English at Seton Catholic Central High School and lives in Castle Creek, New York with his wife and children. He is the author of Hiram Grange & The Chosen One, Book Four of The Hiram Grange Chronicles and his first short story collection, Things Slip Through is forthcoming November 2013 from Crystal Lake Publishing.

WANACon now has Day One and Day Two for sale separately so you can choose if you only can fit part of the conference. Just a note: A LOT of major authors sacrificed time for no or little pay to pay it forward and offer an affordable and easily accessible conference for those who need one and WANA is extremely grateful to have them.

Get PajamaCon and BOTH DAYS OF THE CONFERENCE for $149 and all recordings for anything you miss or need to hear again. Sign up today, because seats are limited. REGISTER HERE.