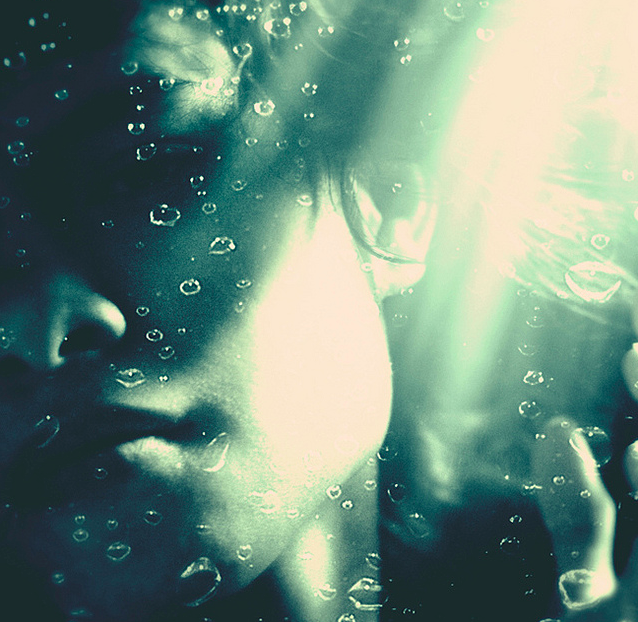 This past six weeks have been a real beating, including the death of my grandmother. She’d no sooner passed away when I had to step in and care for my sister-in-law who was having major surgery to reattach both retinas. I was in go-go-go mode and I thought, if I could just get some rest, I would be okay.

Well, after taking a week at the ranch, I’m not okay. I didn’t want to move or write or sleep or eat. I felt surrounded by a deep malaise, like blows in the dark yet no idea where the pain was coming from. I couldn’t figure out what was going on, but then an old lesson resurfaced.

Confess the Real Emotion—Name It and Claim It

One of the first things that helped me tremendously was when I learned to confess the real emotion I was feeling.

This was over ten years ago, but I recall one day that I just couldn’t seem to get out of bed. It was a really dark time for me. I had lost my career in sales due to a misdiagnosis (doctors thought I had epilepsy), and I was on the verge of eviction and facing having to move in with my mother. I had no energy and no real desire to do much of anything. I couldn’t sleep, couldn’t eat and all I wanted to do was cry.

Some of you may be able to relate to my upbringing. I had a single mother who was doing all she could to keep us afloat. Thus, my brother and I were never angry, disappointed, discouraged, or overwhelmed. We only had two feelings; we were “sick” or we were “tired.” Being ill or needing more rest would never make my mom feel guilty. Thus anything negative we ever felt ended up getting pigeon-holed into one of these two categories.

It was a really bad habit to get into.

So years later I found myself still only having two “emotions”—sick or tired. My mother came over to check on me. It was like ten in the morning and I was still in bed. Not sleeping. Just staring at the ceiling and thinking of all the reasons I was a total and utter failure. My apartment was a disaster and I couldn’t bear to ask anyone for help.  I knew I needed to pack, but I just couldn’t seem to move.

My mom stood in the door, crossed her arms and asked, “Kristen, are you depressed?”

I sat up and said something that marked a moment of change in my life. I said, “You know, Mom. I’d like to tell you that. I have every reason to be depressed. I have no job, no money. I am afraid of my mailbox because it is full of all these bills I can’t pay. But that isn’t it.”

“I’m overwhelmed. I’m drowning. I don’t know where to begin. You know what else?”

By naming the specific emotions I was feeling, I had unleashed tremendous power. I had opened a way to make a plan. As long as I was sick or tired, there was very little I could do to remedy either. And, to be honest, I wasn’t sick or tired. I was just so out of my depth that it was making me sick AND tired…all the time.

I’d lost a lot in three years—4 deaths in 6 months (including my father), my career, my health, my apartment, my dreams. And it was bad enough that I had lost those things, but then I never properly grieved any of those losses.

How could I? I was only sick or tired.

This simple lesson was the first major step. Once I admitted that I was overwhelmed, it was easier to break big problems into manageable bites and get busy—-fix what was broken, grieve what was lost, let go of what needed letting go. Once I admitted out loud that I was discouraged, it freed me to dust off and try again. Suddenly, it was okay to be disappointed. I could grieve, feel the pain and then start anew. I have found that life is lived best in forward gear.

From that point on, I made it a habit to name the real emotion. It was too easy to hide behind, “Oh, I am just tired.” It took courage to say, “I am disappointed. You said you would help me with this project, but you haven’t been doing your share.”

It was scary, and still is. I will also point our this is a lesson we are always relearning.

Again, today, I was talking to my Mom. I just wanted to run away, change my name, hide under the covers. Then I realized I’d fallen into an old bad habit. When Nana died mid-October, I got busy. I stepped in to care for my SIL. I cooked, I cleaned, tended the toddler and SIL’s two boys, the dogs the laundry. I did every thing but…cry.

I was drowning and didn’t even see it.

Just walk it off….

Anyway, sorry if I have depressed the heck out of all of you. I’m doing better. I think there is just something about the three-week mark when there’s a death. It’s like we are so caught in the shock blast of losing someone that our brains and emotions take some time to catch up.

I know when I broke my arm in two places I didn’t feel any pain. ANY. I recall it being so surreal. My arm was in the shape of an “S” but nothing. Doctors later told me it’s because there is SO much pain, the brain kind of short-circuits. It’s only until the pain starts to lessen and the shock wears off that we FEEL what’s happened. I think death is much the same.

We all experience loss–death of a loved one, a relationship, a dream and this is all part of life. But to everything there is a season, even a season to just sit still, cry and admit we are sad and that it is okay to be sad. I know once I did that today, once I had a good cry, I felt a LOT better.

So yes, I am still here. Still alive. Tired and a bit battered but better :D. Thanks for your love and support through all this mess. It is VERY appreciated.

What about you? Have you ever been through a loss and yet it never dawned on you to just call it what it was? To grieve? To get angry? To cry? Were you so caught up in the routine of life that you had a hard time giving yourself permission to just sit? To mourn? To notice you were drowning and needed help?