How to Write Mind-Blowing Plot Twists—Twisting is NOT Twerking

Write About Inner Demons Without Boring the Reader into a Coma 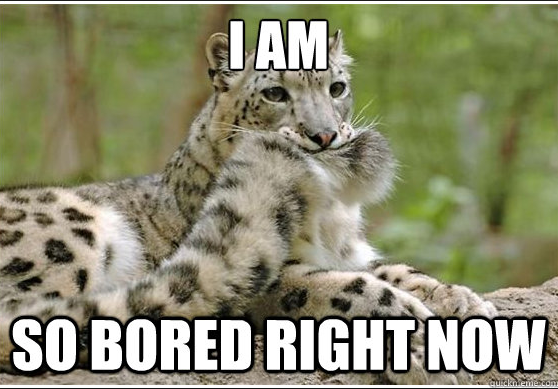 We can Twitter ’til we flitter and Facebook ’til we face plant and that won’t matter much in the greater scheme of things if we fail at our single most important job—writing a great book. Our single greatest challenge is to hook the reader hard enough to buy (and then read) our novel.

Sales ultimately are impacted by reviews and if no one reads and no one finishes?

Yes, covers are important and social media is vital, but those sample pages can mean the difference in No Sale and Big Hit.

One writing book every writer should have is Hooked by Les Edgerton. I think this was the first craft book that truly woke me up and showed me all I really didn’t know about writing.

As a new author, there were far too many elements I believed were important when in reality? Not so much. Additionally, because I was focusing on the wrong “stuff” I was failing to develop the “right” stuff.

What I love about Hooked is how Les demonstrates how all the factors that go into making great beginnings don’t just evaporate. These are tactics we must keep employing throughout the work to keep the reader engaged and turning pages. Our job is to obliterate sleep, to send our readers tired and grouchy and over caffeinated to work…but ultimately satisfied.

The Writer is Easing Into the Story

Nope. I can’t tell you how many times I’ve had writers wail, “But you don’t understand! The story really starts on page 50.”

Okay, then cut off 49 pages and you’re golden.

Modern audiences simply don’t have the attention span for us to go on too long. Yes, I get that the authors of yesteryear got away with this, but they were competing against shoveling manure and shoeing horses, not YouTube, Facebook and 24-hour entertainment. Additionally, writers back in the day were often paid by the word, so that sucker was padded worse than a freshman term paper.

These days we need to get to the point as quickly as possible and fiction is about one thing and ONE thing only. Problems. 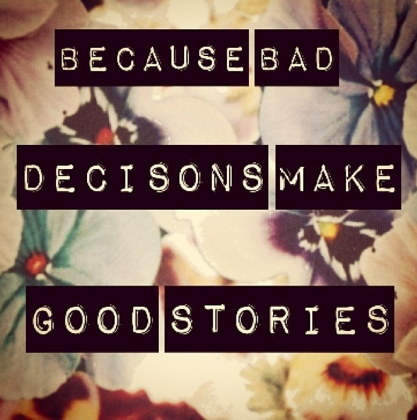 We writers can be really guilty of brain-holding. Readers are smart. Really. We don’t need to go ten or twenty or fifty pages to “set up” the story problem so the reader doesn’t get lost.

Even Andy Weir’s The Martian begins with:

That is my considered opinion.

Six days into what should be the greatest two months of my life, and it’s turned into a nightmare.

Weir doesn’t start with the crew landing on Mars and bonding and working to “set up” the sandstorm that strands Watney on Mars. He starts right in the guts of the problem and we (readers) keep up just fine. 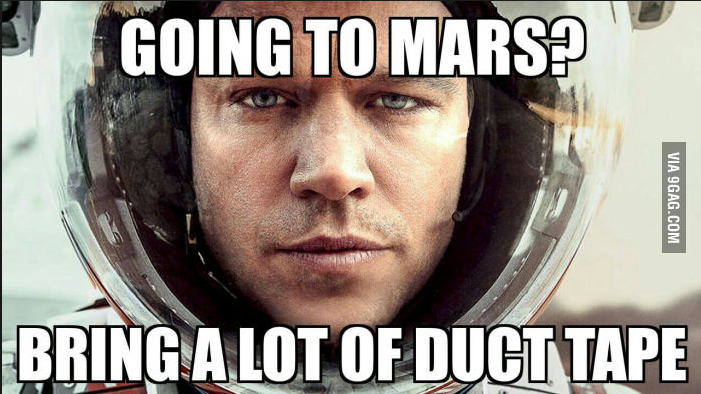 We Don’t Care Why

Often new writers will begin a novel with a lot of telling and flashbacks in an effort to explain why a character is a certain way. We don’t care. That is the realm of psychotherapy, not fiction. Want to see who a person (character) really is? Toss them into a problem.

Sure, later in the story we can divulge the character was abused or abandoned or whatever, but the beginning is not the place for that. Yes, we eventually know that Connelly’s character Detective Hieronymous Bosch grew up an orphan after his mother (a prostitute) was murdered. We eventually find out that these circumstances fueled Harry’s choice in occupation and even his world view. But the Bosch books never begin with this. That is for later.

Because the past is in the past and cannot be changed, therefore it is not a story worthy problem. It is a bad situation, not true drama.

In fact, we as the writer need to know these details, but sharing them might not always be a good thing.

Hannibal was far more interesting before he was explained.

Readers are perfectly fine with meeting a fully formed character (flaws and all) and just rolling with it from there. In fact, the wondering why a character thinks or acts a certain way often drives the reader to turn pages hoping that it eventually will be explained. 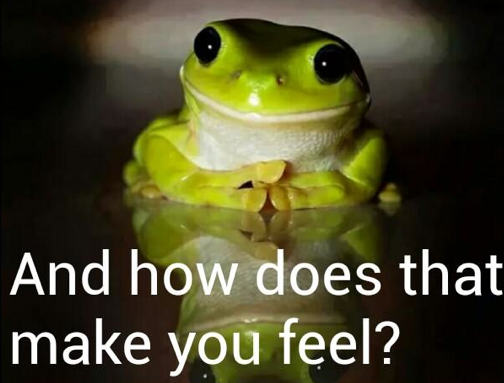 My previous point dovetails nicely into inner demons, which we will explore in another post for sake of brevity. I get a lot of novels that begin with thinking and more thinking and waxing rhapsodic over “inner demons.” Here’s the deal, we don’t like people who go on and on about their personal problems and character flaws in real life. Why would we pay to endure that in print?

Fiction is therapeutic, but it isn’t therapy.

Remember that we are using the story problem to make the reader care about the protagonist. If we jump the gun too soon and start dumping a lot of emotional baggage on the reader, she is going to feel like she is trapped in the checkout line with that stranger who feels the need to share details of her ugly divorce.

We have to earn the privilege of the reader caring. 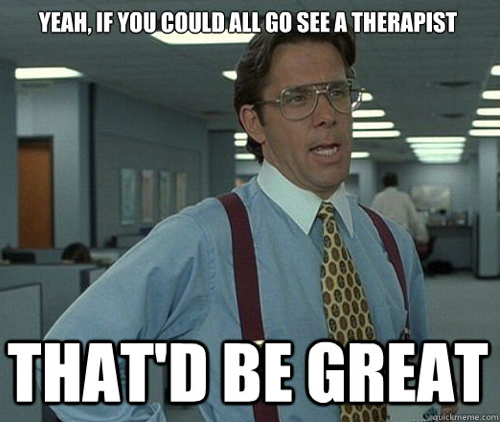 Beginning with thinking and internalization presents a structure problem as well. Internalization is part of what is called a sequel. Sequels can only happen as a direct consequence of a scene. Scenes are action and goal-oriented. All fiction begins with a scene (problem/conflict). 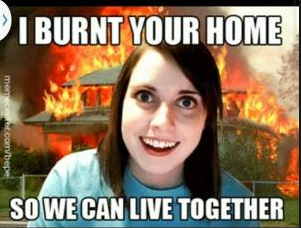 Humans feel far more comfortable with outer problems (initially) and it is what draws us in. If you have ever visited a major city like NYC, then think of it this way.

On the sidewalk there are countless faceless people.

If we notice someone crying? We might (big on the might) get involved, but we wouldn’t feel very comfortable. If, however, a person is carrying a briefcase and the latches give way spilling out the contents? Most of us wouldn’t think twice about helping the person gather her papers.

We also would feel far less weird if after we helped gather the papers, we “found out” the person was discombobulated because she was upset over a personal problem (was just fired). We might even want to know more because we’ve established enough rapport to activate empathy.

This is the difference in using an outer problem to hook versus inner drama. 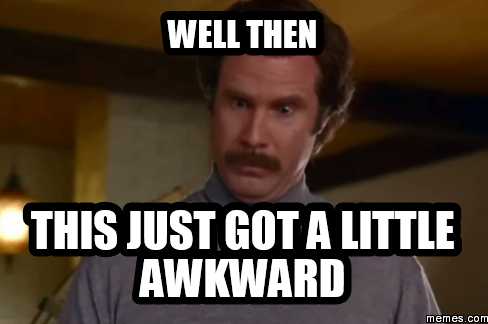 Any time I see a book that opens with a funeral, a death, a hospital scene, I cringe. This is going to sound cruel, but we really just don’t care. If we have not been introduced to the characters who are clinging to life or recently deceased? We have nothing emotionally vested and so sections like these are just tedious.

***This goes along with a protagonist starting things off by relaying her abuse history as a child.

And the more the writer tries to amp up the “feelings” the weirder it gets for the audience.

I get that the story might be prompted by a death or a tragic event, but there is no reason to drag us along if we don’t know the dearly departed.

Remember that even in Star Wars, we did spend at least a little time with Uncle Owen and Aunt Beru before they were butchered. If the story would have started there? It would have just been weird.

There are a lot of other things that go into crafting excellent beginnings, but we will talk about those another time. I am trying something new, though. Thursday, June 16th I am holding a Battle of the First Pages. If you’ve ever been to a conference and to an agent gong show, this will be similar.

I will upload your first page in the W.A.N.A. virtual classroom (all you need is internet and pants are optional) and will read until the point I would have stopped (or, conversely, where I am hooked). Then we will parse the first page sample for what the writer did well or what could be done better. Sign ups are limited but it is only $25 for two hours of fun and games and the recording is provided for free with purchase.

Anyway, I do love hearing from you! What are your thoughts, opinions, questions regarding beginning?

All W.A.N.A. classes are on-line and all you need is an internet connection. Recordings are included in the class price.

Again, I am trying something new and offering an open and interactive workshop. Is your first page strong enough to withstand the fire?

Battle of the First Pages

This is an interactive experience similar to a gong show. We will upload the first page and I will “gong” when I would have stopped reading and explain why. We will explore what each writer has done right or even wrong or how the page could be better. This workshop is two hours long and limited seats available so get your spot as soon as you can!

So You Want to Write a Novel

Just because we made As in high school or college English does not instantly qualify us to be great novelists. Writing a work that can span anywhere from 60,000 to 120,000+ words requires training. This class is for the person who is either considering writing a novel or who has written a novel(s) and is struggling.

We will cover the essentials of genre, plot, character, dialogue and prose. This class will provide you with the tools necessary to write lean and clean and keep revisions to a minimum.