Lessons From Oleander–Beware of Premature Editing 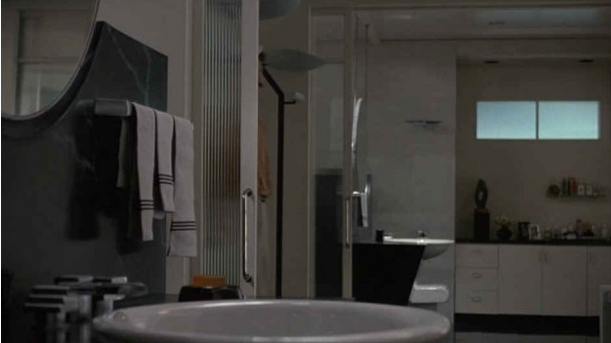 Better fix those towels before he sees…

Fear is always a part of life. We all feel it to one degree or another. Trying to live a life without fear is dangerous. Why? Because there are only two types of people who never feel fear—sociopaths and drugged people. Sociopaths lack empathy and normal human emotions. They don’t feel fear, but they don’t really feel love, joy, happiness or anything else. This lack of normal human emotion is often what gets them into trouble.

Another way to not feel fear is to drug it out of existence.

Of course, the fear is still there, it’s just numbed from the conscious mind. This is often why those who choose drugs, alcohol or medication frequently need more and more and more to keep themselves numbed. People like this aren’t sociopaths, so they do feel fear.

The problem is that, fear left unaddressed feeds and grows and gets bigger. This is why it takes more booze, more Paxil, more cocaine until the fear grows to a point that the person self-destructs.

Though I (hope) it’s obvious I’m not a sociopath, I have been person #2.

My father died on his birthday very unexpectedly and while on the phone with me. Unfortunately, at the time, I was engaged to an emotionally abusive sadist. He’d been cruel for a long time, but I was afraid. He always had a way of convincing me that everything was me, and after three years of constant psychological torment, I believed him.

If I could just do what he asked of me, everything would be fine. Really.

The night my father died, I begged for my mom to come from Florida where she was living. I’d lost my dad and I needed my mom. In all the chaos, I somehow misplaced the flight number. My then-fiance screamed at me for hours about how I was stupid. After the funeral, we was enraged because I’d chosen to sit next to my grandmother instead of him. In the weeks after my dad died, he would yell at me if I cried and tell me I needed to grow up and move on.

Ever seen Sleeping with the Enemy? Yeah, that was my fiance.

He had labels in the pantry for cans: soup, corn, green beans, etc. He once screamed at me because I hadn’t lined up all the cans in the pantry correctly, label forward in the “correct” row. All the rooms were to be vacuumed and then the carpet raked, with all the marks uniform and in the same direction.

Eventually, I found the courage to walk away. The abuse had gotten so bad I would have preferred death over another minute with this man.

Think this is the end? *laughs* It was only the beginning.

After years of  being told I was too dumb to live, I was a mess. I didn’t know whether to scratch my watch or wind my butt. I had terrible PTSD and was terrified of making even the smallest decisions, afraid I would be “wrong” and a “failure.” It didn’t help that this abusive person refused to leave my life. He injected himself to the point of being a stalker.

I sought help, and the doctors gave me medications to “help with anxiety.” Yet, over time, I was just…flat. I no longer felt fear, but I didn’t really “feel” anything. I also noticed it took higher and higher dosages to keep the demons at bay, and, in keeping them at bay, it just seemed to give them more time to gather strength.

In order to heal my damaged soul, I had to restore my damaged relationship with fear.

Fear can be bad. It can be F.E.A.R. which stands for False Evidence Appearing Real. That was the kind of fear that my ex had used to keep me captive. On some level, I must have believed he was right. Maybe I was stupid, damaged, hopeless, worthless.

But then there is the other fear. Fear is often a sign we are on the right track. We are getting out of our comfort zone and into a place where we will find the greatness inside of us. My ex constantly mocked the idea that I wanted to be a writer, but being a writer had been the only thing that had ever felt RIGHT. Ignoring the fear I had of failing, I stepped out in faith, trusting that if this was my true path then I could make it one step at a time.

And, by the grace of God, I have. Baby steps for the past twelve years.

Fear is powerful and it is our friend. Fear teaches us pain, but pain often prevents tragedy. When we feel the pain of being burned, we don’t rest our hands on hot stoves. Fear became a signal. It warned me early of people like my ex. It made me sensitive to red flags that the person was bad news.

Fear has also helped me stretch as an artist. If I am afraid to do something, I take time to reflect on that fear. Often that feeling of fear is a signal that I am in the right direction, that my creative boundaries are being pushed, that I’m growing.

Sometimes our only way out is through.

All writers will experience fear. It’s natural. The failure doesn’t come from not feeling fear, but rather we fail when we put FEAR in the driver’s seat in our lives. Fear is like a counselor that gives us opinions, but they are just that—opinions. We listen, take the opinions under advisement, then act according to our wills NOT FEAR’s will.

We do it afraid. Courage doesn’t come from never feeling fear. Courage is when we feel the fear and do it anyway. Write the book you’re scared write. Step out on social media where you fear to tread.

Let’s get something out of the way:

Understand you WILL fail.

Okay, now you’re free to create. You WILL fail. But also understand failure isn’t permanent, and it’s a necessary ingredient for success. The only people who never fail are the people who never attempt anything remarkable. We will be afraid our writing sucks, our stories are lame, our blogging is ridiculous and that we will never make it and our family will be right.

But what if they aren’t?

There will be pain. Pain of regret or pain from growth. We choose.

What are your thoughts? What do you fear? Have you overcome a fear that dominated your life and your choices? How did you do it? We’d love to hear your story.