Time Travel & Mistakes–Would We Change the Past? Should We?

Little Darlings & Why They Must Die…for REAL 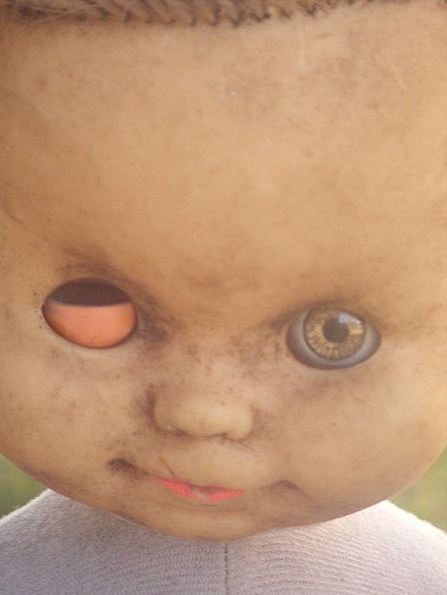 Almost any of us who decided one day to get serious about our writing, read Stephen King’s On Writing. Great book, if you haven’t read it. But one thing King tells us we writers must be willing to do, is that we must be willing to, “Kill the little darlings.”

Now, King was not the first to give this advice. He actually got the idea from Faulkner, but I guess we just took it more seriously when King said it…because now the darlings would die by a hatchet, be buried in a cursed Indian flash drive where they would come back as really bad novels.

Little darlings are those favorite bits of prose, description, dialogue or even characters that really add nothing to the forward momentum or development of the plot. To be great writers, we must learn to look honestly at all little darlings. Why? Because they are usually masking critical flaws in the overall plot.

Right now I am almost through Act II of my novel and I can already see the little darlings in Act I that need to go. Fortunately, I’ve been through this enough times to kill with ruthless efficiency.

But why are little darlings so dangerous?

Let me explain why it is important to let go.

Drama is created when a writer has good characterization that meets with good conflict. The characters’ agendas, secrets and insecurities collide.

As Les mentioned in his lesson about dialogue, subtext is vital. It’s more than what’s said. This can only happen when 3-D characters meet with real baggage that gets in the way of solving a CORE STORY PROBLEM.

There is a scene in my current book where the protagonist becomes angry and hurt by the FBI agent trying to help her. Did the agent do anything wrong? No. But his behavior reminded her of her ex (the antagonist) and that ignited an unhealed hurt/insecurity inside my protagonist.

As is happens in life, we sometimes strike out at others not because of what they did or didn’t do, rather we are punishing them for unhealed wounds from our past often inflicted by other people. If my protagonist is pushing away the one person there to help her, she is five steps back from solving the core plot problem that’s upended her life.

Complexity is easily mistaken for conflict. I witness this pitfall in most new novels. I teach at a lot of conferences, and, in between my sessions, I like to talk new and hopeful writers. I often ask them what their books are about and the conversation generally sounds a bit like this:

Me: What’s your book about?

Writer: Well, it is about a girl and she doesn’t know she has powers and she’s half fairy and she has to find out who she is. And there’s a guy and he’s a vampire and he’s actually the son of an arch-mage who slept with a sorceress who put a curse on their world. But she is in high school and there is this boy who she thinks she loves and…

Me: Huh? Okay. Who is the antagonist?

Me: What is her goal?

Writer: Um. To find out who she is?

Most new novels don’t have a singular core story problem. It is my opinion that baby writers, deep down, know they’re missing the backbone to their story—A CORE STORY PROBLEM IN NEED OF RESOLUTION. Without a core story problem, conflict is impossible to generate, and the close counterfeit “melodrama” will slither in and take its place.

I believe when we are new writers, we sense our mistake on a sub-conscious level, and that is why our plots grow more and more and more complicated.

When we fail to have a core story problem, often we resort to trying to fix the structural issue with Bond-o putty and duct tape and then hoping no one will notice. How do I know this?

I used to own stock in Plot Bond-o :D.

The problem is, “complicated” is not conflict.

We can create an interstellar conspiracy, birth an entirely new underground spy network, resurrect a dead sibling who in reality was sold off at birth, or even start the Second Civil War to cover up the space alien invasion…but it ain’t conflict. Interstellar war, guerilla attacks, or evil twins coming back to life can be the BACKDROP for conflict, but alone are not conflict.

And, yes, I learned this lesson the hard way. Most of us do. This is all part of the author learning curve, so don’t fret and just keep writing and learning.

Little darlings are often birthed from us getting too complicated. We frequently get too complicated when we are trying to b.s. our way through something we don’t understand and hope works itself out.

Tried it. Just painted myself into a corner. But we add more players trying to hide our errors and then we risk falling so in love with our own cleverness—the subplots, the twist endings, the evil twin—that we can sabotage our entire story.

I sincerely believe these little darlings are like fluffy beds of leaves covering punji pits of writing death. “Complicated” is the child of confusion, whereas “complexity” is the offspring of simplicity.

Be truthful. Are your “flowers” part of a garden or covering a grave? We put our craftiest work into buttressing our errors, so I would highly recommend taking a critical look at the favorite parts of your manuscript and then get real honest about why they’re there. Make the hard decisions, then kill them dead and bury your  little darlings for real.

You have rewritten me 14 times. You think I’m going to leave without a fight? Hssssssss.

So what do you do with your little darlings? What’s been your experience? Do you have any tips, tools or tactics to help us dispose of the bodies?