Opening the Floor–Ask an Expert! What Do YOU Want to Learn More About? 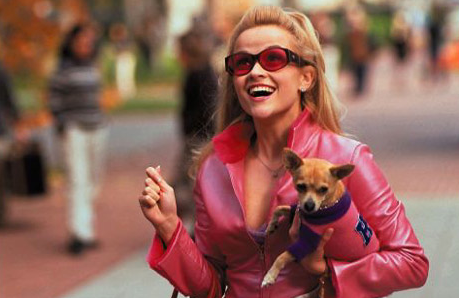 To give characters depth, we have to be people-watchers. Study people. Know thyself. I strongly recommend reading books on psychology as part of research. For instance, I read a lot of FBI books on profiling.

As writers, characters need some amount of consistency without being predictable. If there is some deviation from the profile, there must be a good reason WHY, other than we need a character to act a certain way to move our story forward.

For instance, the shy librarian who rescues spiders cannot suddenly gouge out the eyes of a guy mugging her unless we can offer a reasonable explanation for this deviation from archetype. I.e. She could have been raped and left for dead as a teenager. Yes, she remained shy and soft-spoken and true to her character…until circumstances brought out that wounded part who was capable of going for the eyes.

Today I will focus mainly on the protagonist, but you simply reverse this for the antagonist.

Every Strength has a Weakness

One key factor we must appreciate is that every strength has a flaw. A loyal person is noble, but they are also often naive. A strong leader gets the job done, but often is a control-freak who fails to rely on a team and sucks at delegating. A tender-hearted person is kind, loving, but often used.

Part of creating conflict is to place the character in situations where the strength becomes a fatal flaw. The character’s arc is to learn to address this flaw and change.

In my current novel, the character is bubbly, likable and loyal. She is also naive and that is why she’s initially taken advantage of and used to take the fall for a massive Enron-like scheme.

Often, the inciting incident creates a personal extinction. What the character believes about her world and those around her evaporates. The plot problem serves to bring the protagonist back into balance, but as a better, New and Improved version.

We all want homeostasis. We want our old life back, but often that old life wasn’t good for us. THIS is what your plot will reveal to your protagonist.

In Legally Blonde Elle Woods must learn to see people for who they really are. She is naive, but underestimated (she even underestimates herself). People assume she is a dumb Pollyanna, but they miscalculate that Elle will be tested by fire and change. They assume, wrongly, that being bubbly and sweet=stupid.

THAT is the flaw that brings the victory. Remember, the antagonist who took advantage of the initial weakness is counting on the character failing to learn and grow, and this will be their ultimate undoing. 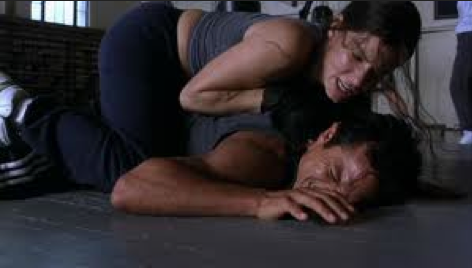 In Miss Congeniality, undercover Gracie Hart is a tough hard-@$$ who is such a control freak she cannot rely on her (very capable) team. This costs them a major bust at the beginning of the movie and lands her in her version of hell–going undercover as the very type of woman she despises.

Gracie suffers personal extinction. She cannot be the belching woman in comfortable shoes who arm-wrestles for who’s going to buy the next round of beers.

She has to face her scary place—her femininity and being vulnerable. She also has to learn to rely on others for help and it is the story problem—being thrust into a world of girly-girls—that makes her evolve as a human being. The very women she initially despised ironically hold the keys to her personal growth and thus her ultimate victory.

She loses nothing of the take-charge bad@$$ that makes her who she is, but it’s a far better version…in heels. Again, the opposition underestimates Gracie’s ability to face her demons and change.

In Lord of the Rings the Hobbits are naive, sheltered and childlike. We see this early on when Merry and Pippin break in to hijack some of Gandalf’s fireworks. The discovery of the Ring of Power is what creates the personal extinction—getting out into the scary world full of bad stuff that lies beyond the Shire.

There is almost an unspoken societal rule. Hobbits don’t LEAVE the Shire. They stay in Happy Hobbit Land and believe the bad will stay away.

Problem is, in order to destroy the Ring of Power, the Hobbits have to grow up. They can’t light fires for a midnight snack when dark undead kings are after their heads. The very characteristics that make them the most immune to the influence of the Ring—their good hearts, their childlike ways, their innocence—must be tempered and eventually sacrificed for the good of all.

My favorite scene (and I cry every time) is at the end of Return of the King. The same Hobbits from the beginning are back in having a pint, but rather than dancing and singing like all the other Hobbits, they huddle at a table and no longer speak. They left The Shire as boys and have returned war-weary men who gave up their innocence so the world would be saved.

Innocence lost to save the world.

It is Sauron’s gross underestimation of the Hobbits that is is ultimate undoing. He fails to ever even see them as a viable threat. Yet, had the Hobbits NOT been able to rise above their natures, they would have all died in Book (Movie ) ONE. It’s their ability to grow up and lose their innocence that saves the world.

Thus, when looking at your characters, look to what their best qualities are…then what are the dark sides of those traits? The inciting incident obliterates what the person believes about who they are.

What is the other side of the personality trait? How can you harness this to put your protagonist into tough spots that goes against their nature and forces change? Who can you pair that character with to create the most friction?

In Miss Congeniality she is no longer in charge and gets waxed, tweezed and forced to walk in heels. She’s shoved out of her comfort zone and she resists with all she has because she wants things to go back to the way they were. BUT, if the protagonist regresses, the story problem will not be solved. Bad guys win.

TOO PERFECT CHARACTERS ARE BORING.

Always remember that bad decisions are the beating heart of great fiction.

What are your thoughts? I try to use a blend of movies and books because it’s easier for more people to get the references, but what are your favorite instances of character arc? What do you struggle with?