Steve Jobs and 5 Tips for Being a Successful Author 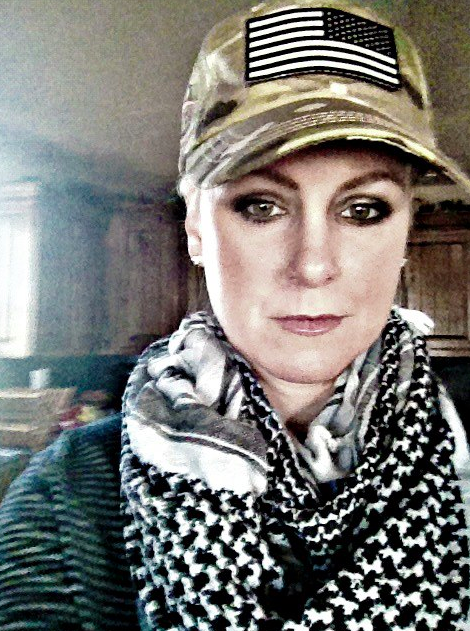 I need a montage! A montage!

There were two dreams I’d had since childhood. One? To be a writer. The other? I wanted to be in the military. Dad’s family is Scottish and Mom is all Viking, and our family has served in every war…probably ever (knowing my family, we might have even started a couple).

They heard you get free beer.

Soldiering is in My Blood

Legend has it great-great-great Oma Damsgaard was a hell of a shield-maiden, when she wasn’t haggling over the price of pickled herring or rosemaling the outhouse. Seriously, I watch the AWESOME show Vikings, and I am all like Now it all makes sense.

Hellions of the Highlands

My father’s side of the family (the Lamonts) fought the English from the Highlands of Scotland, then high-tailed it to America after the clan they’d aligned with to kick some English butt betrayed them and allied with the enemy. Most of the Lamonts were killed, but a few were at sea…probably trying to woo hot Viking women. Anyway, once in America, the Lamonts (now LAMBS) served in the Revolutionary War, the Civil War and on and on.

I even had TWO relatives at the Alamo (from paternal grandmother’s side–Holland and Rose). Tapley Holland was the first to step across the line and volunteer to fight the Mexican Army. Of course, legend also has it, he thought that was the beer line. Moses Rose was the only one to leave the Alamo, namely because he preferred wine and was tired of fighting. He’d been fighting in the French Army most of his life, thus was war-weary and wanted to get home to his family…and wine.

My mom’s grandfather lied about his name and age (took his older brother’s name) so he could fight in WWI. He served until they found out and kicked him out, so he just signed up again using his real name. My great-uncle died in Pearl Harbor and my grandfather was a paratrooper in WWII. He served in Northern Japan and helped set up the first elections. Dad and Mom served in the Navy during Vietnam. My Uncle Jimmy was a Navy Master Chef who cooked for two U.S. Presidents.

So, since writing wasn’t a real job, guess what I wanted to do when I grew up? You got it. I am such a joiner. Also, I’d switched high schools so many times I don’t even know how I graduated and I needed college money.

My Brief History of the Army

I decided on the Army since I spoke German and really wanted to live in Germany. After rocking the ASVAB, I pretty much had my choice of what I wanted to do. I get my paperwork filled out, they send me to MEPS, all is good. The day of the physical, I become violently ill out of nowhere and…that part where they make you stand in nothing but underwear (and bra)? Where they check for scars, tattoos, and knee problems? Passed clean OUT. BAM! HIT THE FLOOR!

I have had broken bones, given BIRTH and never passed out….EVER.

As soon as I was out of MEPS? I was fine. Like I’d never been sick.

Even Briefer History of the Navy (Part One)

So I figure, WTH? I’ll try the Navy. Apparently the branches of the military actually do communicate no matter what movies tell you, and a medical disqualification lasts two years.

The Air Force AND MARINES

I go ahead and go to community college. I know I have two years to make AWESOME grades to get a scholarship with the military. The MDQ is up and I apply. I win TWO scholarships. A full ride to medical school from the Air Force and I can go to TCU (where my grandfather went and it’s local so no moving) OR I can take a partial Marine Corps scholarship to be a pilot, but it’s at Texas A&M…which requires moving.

I’d love to say I wanted to become a doctor to save lives, but it really had more to do with inherent laziness when it comes to moving. Thus, I decide I am going to be either an M.E. or a flight surgeon (LOVED Quincy as a kid but checking out hot pilots held great promise, too).

YES! I MADE IT! I AM TOTALLY IN THE FREAKING AIR FORCE! SCORE! *fist pump*

I spend two years as a Neuroscience major. I am even offered an opportunity to attend the Air Force Academy. I had a congressional nomination AND an AFROTC nomination. Granted, it would mean doing a year over, but hell, I was used to that after high school…and it was THE AIR FORCE ACADEMY! I decide, tempting as it was, I would remain at TCU (the whole “moving thing”). I’d finish my Neuroscience degree and then go to med school in Dallas.

Then, in early March of 1995, Fort Worth has freak ice storm. TCU decides NOT to close the school and I have a paper due. All my school money is contingent on me making As. While rushing to class, I slip, fall…and fracture my lower back.

Yep, you got it. Lost the scholarship and no longer Air Force. Medically disqualified AGAIN.

Ironically, had I gone to the Air Force Academy I would have been okay….or crushed in a freak avalanche.

And We Are Back at the Navy

So a few years later, I am still denying that I really, really want to be a writer, because writing was for homeless hippies who wrote bad poetry at Starbucks, right?

I go to the Navy. I take all the tests. With my degree (Political Economy of the Middle East and North Africa) and language skills (I spoke three at the time—now I can barely speak ONE) they TOTALLY wanted me as an Intelligence Officer.

I sign the papers, make an appointment for MEPS. Over the weekend, I have my 5 year-old nephew at the pool…and I slip and get a third-degree sprain on my left foot (tearing almost every ligament up to the knee) and taking off half of my toe (they put it back :D).

So SHORT OF HITTING ME WITH FREAKING LIGHTNING, God was all *thump* “NO! You will NOT be military. BAD KRISTEN!”

Oddly enough, right after the ankle thing, I applied for law school and got in….only “magically” the letter of acceptance made it to me too late. I received the letter the DAY OF Freshman Orientation.

Thus, I do feel I was born to be a writer.  In a sense it seems almost my fate, my path. So if you don’t like my blog, it is totally God’s fault :P. Talk to Him.

Heck, I tried everything else and this is the only thing that has seemed to work, :D. Yet, as a compromise, I DID marry an Air Force guy, so the military tradition remains…though I hope The Spawn grows up to be a writer NOT a Navy SEAL. Or even better, he can write video games ABOUT NAVY SEALS. For what it’s worth, I DO play all the CALL of DUTY games on expert level…though in real life I am ruthless as a rose petal.

Spiders get scooped up and tossed outside.

So please enjoy your Memorial Day Weekend for the REAL heroes out there. Hey, I tried to help but apparently God knows me too well. The Army would’ve told me to charge a hill and I’d be all like, “Um, I dated that hill in college and that is a hill that will NOT change.”

And, with all my injuries I am more accurate than Doppler radar when it comes to weather.

Have you served? Do you come from warrior stock? Did you give it a good college try like I did? Feel free to laugh at me. I totally do. What’s your story? Kind of hard to outdo this sort of epic stupid, but I double dare you to try :D.