Preparing for NaNoWriMo & Feeding the Muse to Go the Distance 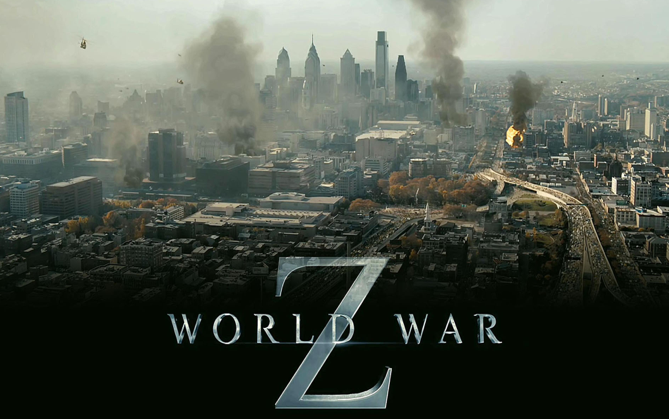 Yesterday, we talked about fueling the muse to go the distance. For the professional writer, every month is NaNoWriMo, so there is NO BETTER indoctrination into this business. NaNo shapes us from hobbyists to pros, but we need to do some preparation if we want to be successful—finish 50,000 words and actually have something that can be revised into a real novel that others might part with money to read. Genre obviously will dictate the fuel required, but today we’ll explore one of my favorites.

Feel free to watch movies similar to your genre for some immersion, but this really isn’t what I’d encourage you to study.

Study plot points. Sit with a notebook and write out in one to three sentences:

What was the character’s life like before it was interrupted by the BBT’s (CORE ANTAGONIST’S) agenda? I will use two divergent examples—World War Z and Steel Magnolias— to make my point and hopefully not spoil the more recent of the two. As far as Steel Magnolias? Y’all have had since 1989 to see it. Tough :P.

In World War Z, we meet a guy making breakfast for his family. He’s hung up some mysterious “old bad@$$ life” in order to be with his wife and kids.

In Steel Magnolias, we meet M’Lynn taking care of all the little details of her daughter’s wedding. She’s a Hover-Mother who takes care of the broken glasses, finds the right shade of pink nail polish, and stops Dad from shooting birds out of the trees. She’s a fixer and she’s in control.

This is the first hint of the BBT’s (Big Boss Troublemaker’s) agenda, the first tangible place it intersects with the protagonist’s life and causes disruption.

In World War Z, Jack and his family are in the car. He and his wife are on their way to take the kids to school when all hell breaks loose. It’s the first glimpse the protagonist sees of the looming threat, but aside from escaping with his family, he’s made no vested decision to get involved.

In Steel Magnolias the Inciting Incident happens in the beauty shop when Shelby’s blood sugars drop dangerously low and she goes into convulsions. Mom tries to help and Shelby swats her away (a hint at her future defiance). This is the first time the audience has met the BBT (Death/Diabetes manifested in the proxy Shelby).

Look for the major turning points in the movie. According to one of my FAVORITE craft books (Story Engineering) in Act One, the protagonist is running. He or she doesn’t know where exactly the conflict is coming from or precisely what IT is. Act Two, the protagonist is a Warrior. He or she has glimpsed the face of the BBT and fights back.

For instance, in World War Z, Jack knows it’s a virus creating “zombies” and he decides to return to the old job and fight. He agrees to search for Patient Zero in hopes they can find a cure.

In Steel Magnolias, M’Lynn shifts from Running (Here’s your orange juice. Have you checked your blood sugar?) to Warrior. Her daughter defies her and decides to get pregnant even though it could (and will) cost her life. Momma puts on full battle gear, determined to “control” her daughter’s fate. Diabetes has shifted from looming “controllable” threat to a ticking time bomb Mom still believes she can diffuse if she just tries hard enough.

Act Three, the protagonist shifts from Warrior to Hero.

This is right before the turning point to Act Three. This is where EVERYTHING is stripped away from the protagonist and it seems all is lost. The DM is the catalyst that shifts our protagonist from Warrior to Hero. Anyone else would give up the “fight” and go home, but not our protagonist.

In World War Z the protagonist is critically injured, he’s lost his family, outside help, and he’s faced with a crushing setback. There is no Patient Zero, at least no “clear” Patient Zero. It’s a dead end and it looks like time has just about run out for humankind.

In Steel Magnolias Shelby dies despite all of M’Lynn’s tireless efforts to control. She realizes she has no power. She never was in control and now she’s utterly lost.

For Jack, he has to be willing to give up his family to save his family.

For M’Lynn, she has to admit she can’t control life or death in order to embrace the messiness of living.

How is the story problem resolved?

Pay attention to the Big Boss Battle. How has the protagonist changed? What decisions do they make (or not make)?

What is the outcome? How is the world set “right”?

In World War Z, Jack’s sacrifice gives humanity a fighting chance. In Steele Magnolias we see little Jackson (biological grandson) running and picking up Easter eggs (there is NO mistake that this story is bookended by Easter). Resurrection through Jackson is what ultimately defeats Death. Shelby lives on through her little boy.

Great movies have great dialogue. Study it. How do characters talk? When I get submissions, one of the major problems I see is in dialogue. Coaching the reader, brain-holding, and people simply talking in ways that are unrealistic. For instance, most of us, when having a conversation, don’t sit and call each other by name.

“But, Bob, if Fifi goes base-jumping she could die.”

If you’re writing a military book, watch a pal play Call of Duty or Modern Warfare. Game designers use folks from Special Operations as consultants. They use DELTA Force, Green Berets, SEALS, etc for all the world-building, so why reinvent the wheel? Hollywood is notorious for getting this stuff dead WRONG, so if you want accurate military dialogue, games are better. Or, watch movies who’ve done their homework, not shoot-em-up brain candy flicks.

And for any military folks out there, I could NOT resist. No drinking fluids near keyboard while watching…

Movies are great for getting an idea of setting. Pay attention to the terrain and make notes.

Fill that muse to bursting and NaNo will be a LOT easier.

Another HUGE help for NaNo is a solid core story problem. I strongly recommend my antagonist class TONIGHT.

What are your thoughts? What are some things you do to prepare to write a novel? What movies have the best dialogue? Setting? Yes, I know I have ruined all movies for you. You will thank me later :P.