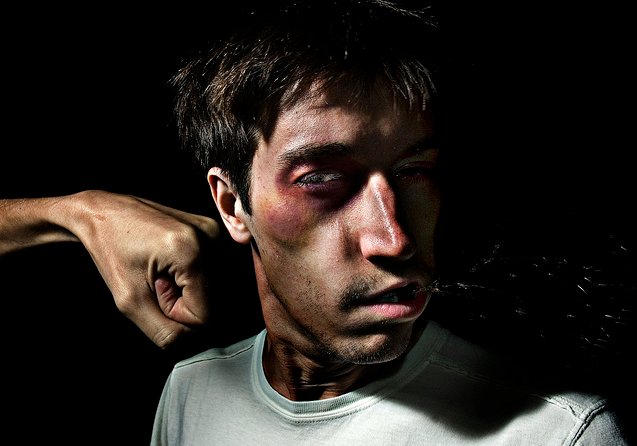 The past few posts, we’ve been talking about the fabulous James Scott Bell’s LOCK System. LEAD, OBJECTIVE, CONFLICT, and, finally, KNOCKOUT. Jim’s given me permission to talk about his system, but there is NO substitute for his fabulous book Plot & Structure. It’s one of the BEST writing references out there.

I am sure many of you’ve had this same experience with either a book or a movie. The characters are great, the story riveting, tense, and you can’t wait until the…..eh? WTH? Was that the ENDING? Really? I invested TWELVE HOURS of reading for THAT? And then you toss the book across the room or tell every friend you know not to watch Such-and-Such movie. I think it’s worse with novels because readers have a lot of time (they don’t really have to spare) invested.

I remember one book I read a couple years ago. It was beautifully written and had me on the edge of my seat. I couldn’t wait to figure out the truth to this mystery and when it was revealed? O_o.

I wanted to run the book through an industrial paper shredder.

Needless to say, endings are important. There are all kinds of endings: clear, unclear, twist, positive and negative. All will work if we execute them well (so buy Jim’s book and he can tell you how).

So your novel has thrust a likable, relatable protagonist into a collision course with the Big Boss Troublemaker. The Big Boss Battle must deliver all you (the writer) have been promising. Endings tie up all loose ends and sub-plots and, if we have done our job, will leave the reader a feeling of resonance.

Your protagonist MUST face down the BBT. No fighting through proxies. Darth (Anakin) had to face The Emperor. Agent Clarice Starling had to take down Buffalo Bill. Harry had to take out Voldemort. Spooner had to kill VIKI (I, Robot).

By employing  skills learned over the course of the story and growing and maturing from protagonist to HERO, the protagonist is finally equipped to triumph.

Evelyn Couch (Fried Green Tomatoes) had to stand up to her husband (who was as useful as ice trays in hell) and her abusive monster-in-law. She couldn’t send in Ninny Threadgoode to do it for her. In the movie’s climactic scene, Evelyn employs the “Jedi skills” she learned from stories about Idgy. Her Jedi skills are confidence and self-respect, and she uses them to defeat her oppressors by refusing to take any more of their sh—enanigans.

This is why all this “my protagonist is the BBT/antagonist” WON’T WORK. In Fried Green Tomatoes, Evelyn is her own worst enemy. She is spineless and weak. But, the real enemy resides in those who desire to control and bully Evelyn. In each act of the movie, we see Evelyn learning confidence so that by the end, the BIG battle, she can tell her abusive mother-in-law and Momma’s Boy Hubby to stuff it.

She isn’t having an argument with herself. She is standing up to a very real external antagonist…even though this is a character/literary story. Characters having inner angst for 80,000 words is therapy, not fiction. Humans do better with the tangible. Existentialism is great for torturing college freshmen, but for a mainstream successful novel? Not the best approach.

If you plan on writing a connected series, every book must stand on it’s own. If we get hit by an ice cream truck after publishing Book One, the story should be good enough. No 1960s “Batman Endings” where we leave the reader on a cliff to manipulate them into buying the next book.

There are two types of series in my world: connected (I.e. Lord of the Rings) and episodic (crime novels). In Lord of the Rings, we follow a larger story and more is revealed with each book until a final climactic ending. In episodic books, readers are following a beloved character, but each story is different and self-contained (I.e. Agatha Christie mysteries).

If we have several books in a connected series, a reader might not pick up Book One. She might pick up Book Three. The story must still satisfy, and, if it does, likely the reader will seek out the earlier works to catch up.

When we have a connected series, we have ONE BIG BBT (I.e. Sauron) but each book still completes the story problem. There are mini-BBT’s which represent the main BBT.

Each book has a complete arc. Uruk-Hai dead, Sauroman defeated, Ring of Power melted, killing Sauron and all his evil power. When placing all three books together, each book will be an “act” of the larger work.

So when you get that nugget of an idea and think, Hmm. THAT is my novel. Try using the LOCK system. Ask yourself:

Can I cast a LEAD who is relatable, likable, or at least empathetic?

Can I create a BBT and opposition force capable of generating plenty of CONFLICT to keep my lead from her objective?

Does this story problem lend itself to a KNOCKOUT ending?

This is just a taste of the good stuff that James Scott Bell has to offer in Plot & Structure so I recommend buying a copy for your writing library.

What are the biggest problems you guys have when it comes to developing your endings? What are some setbacks you have faced? Do you guys have any recommendations for resources? Or, feel free to commiserate and laugh about all the good ideas that went oh so wrong.