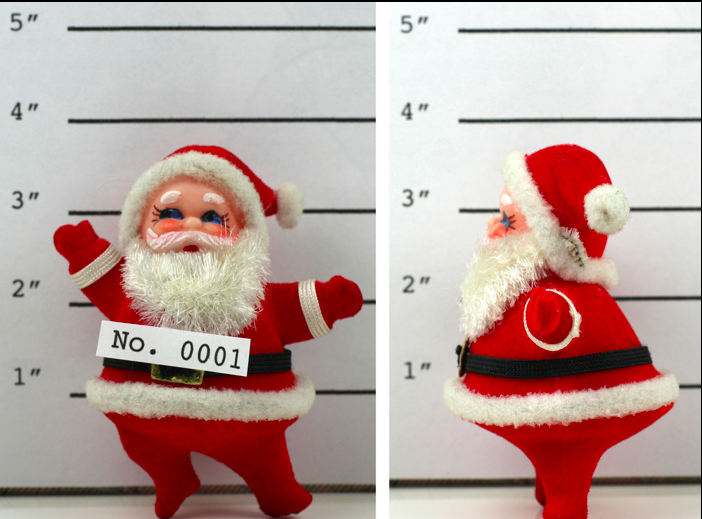 Lately, Brave New World has become one of the hottest selling novels, and many of us have become even more suspicious of that white panel van that passes our homes daily. Sure it has ice-cream and plays tinkly music, but that cover is so thin Stevie Wonder could see right through it.

After the whole Edward Snowden whistle-blowing debacle earlier this year, the Obama Administration and the Intelligence community have been up to their ears in hot water and bad press. Spying on regular citizens with no cause or warrant? Invading privacy and throwing the 4th Amendment out the window? Reading our e-mails? Monitoring our Internet? Those activities are just the sort that create an image problem.

Thus, sources tell me (sources being the voices in my head) that, in order to get back in the good graces of the American public, the current administration has decided to appoint Santa to head up any future intelligence operations. Come on, Santa IS the perfect fit.

Santa Knows Everyone and Everything

Revised for the Intelligence community:

He knows what you’ve been surfing. He knows the shows you hate. He knows if you vote red or blue, so be good if you know what’s good for you…

Alright, maybe a little clunky, but still a clear warning for all of us to behave. Santa can spot all kinds of terrorist activities like 1) putting the roll of toilet paper with the paper feeding under not over, 2) paying retail 3) wearing white shoes after Labor Day 4) listening to  any Justin Bieber and 5) possessing lukewarm appreciation for the sheer AWESOMENESS of Grumpy Cat and more… 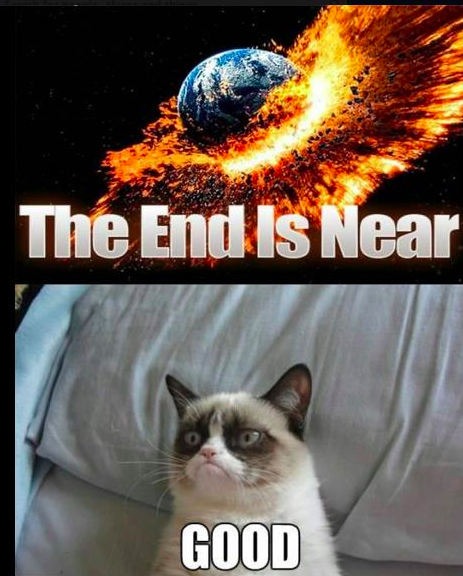 All I’m saying is why didn’t they recruit this guy earlier? How much time and money could we have saved locating Osama bin Laden? One would think that being omniscient is an automatic YES! for being hired to the NSA. Um, duh?

He Travels Beyond Light Speed

This guy travels the world faster than Google. Think of how much more efficient spying would be if we could do it as fast as Santa. Santa can hop down a few hundred million chimneys, eat cookies, take time to nicely stack presents with an appreciation for presentation and then LEAVE with no proof he’s been there other than missing cookies and that new iPad we asked for beautifully wrapped and left under our Christmas trees.

Which brings me to my next point…

People have been searching for this guy for CENTURIES yet he still leaves no evidence…even after the invention of DNA profiling. IN, OUT, GONE. Perfect recruit for the Intelligence world. He’s never even been located on radar. Maybe Santa could instruct our government how he makes the sleigh the perfect stealth aircraft. Maybe we’ve been underestimating “Reindeer Technology.” We could TOTALLY use that kind of help. 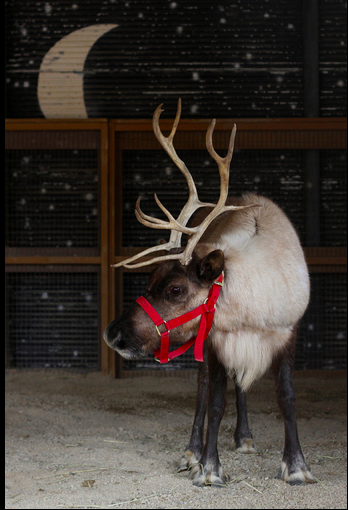 Who knew these things were so FAST? Why aren’t physicists in Cern running THESE guys through the Hadron Collider?

Enemies Would Underestimate Him

Santa shows up, and all the bad guy is thinking is one of two things:

1) Why is some guy from the mall dressed as Santa at my house?

Nobody expects to be capped by SANTA. No one pulls out a weapon or thinks of self defense when faced with this cherub-faced man known for his superlative gift-giving skills. Santa could double-tap any ruthless dictator before they could ask, “Hey, did you bring me that nuclear device I asked for in my letter?”

Santa Has More Doubles than Castro

Even when the bad guys (known as the American public) catch on that Santa is in charge of the NSA, what can we do about it? He has doubles EVERYWHERE and thing is?

…..We never know which one is real.

This man is the perfect spy.

Santa delivers billions of gifts and is paid in MILK AND COOKIES. This guy not only works cheap, but he’s FAST, so he could work for ALL our security agencies—NSA, CIA, FBI, ICE, and Facebook.

This is really key because I’m pretty sure that imaginary creatures can’t violate the Constitution. Also, since he’s apparently immortal, the taxpayers wouldn’t have to pay for dental, health care or retirement planning. This dude works FOREVER and he’s got roughly 363 days of the year free, since everyone knows that his elves do all the shopping, building and wrapping.

The government could keep spying on regular citizens because we just accept that Santa’s been doing it for centuries and we never griped before. He’s not only been reading our mail, but our THOUGHTS.

I mean right now, we’re looking at our government through Huxley-an glasses. What better way to improve their public image than have SANTA as the face of Intelligence?

At least we’d have a trade-off for losing our Constitutional right to privacy. PRESENTS!

The Administration needs to recruit Santa NOW before someone else does.

What are your thoughts? How else does Santa make the perfect choice for spying on the entire world? Who might be a better choice? And, if Santa DOES spy on us, shouldn’t we get presents more often than just ONCE a year? Maybe people like me who left their Christmas trees up until MEMORIAL DAY aren’t just lazy white trash? MAYBE we were onto something. MAYBE it was really just to appease the guy spying on us. Bet you feel super silly now taking your trees down before MARCH.

Make sure you check out all the awesome WANA International Classes. You take care of your family, why not yourself? Sneak away. We won’t tell. And Dollar Store Bags make AWESOME wrapping and they will all get better gifts once your book is a best-seller, right?