How Can We Brag Without it KILLING Our On-Line Credibility?

Dealing with Offense–When is It Okay to Lecture Others?

How Do We Handle Rejection and Keep on Pressing? 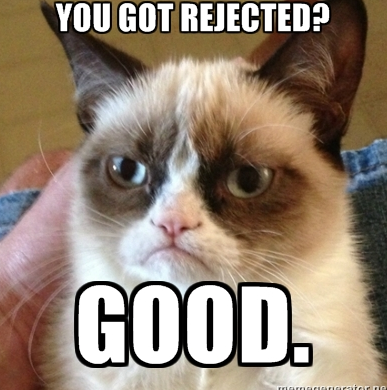 I have a saying: If we aren’t failing, then we aren’t doing anything interesting. Of course, there are those individuals out there who will never suffer from rejection, but they never try. These people never dare and never step out of the comfort zone. Thus, I suppose all of us face a choice daily—pain of rejection or pain of mediocrity.

Either way, there will be pain.

A Closer Look at Rejection

How many of you applied for a dream job? Went on a first date with someone you were CRAZY about? Entered that dream contest? Queried that mega-agent?

…only to fall flat on your face?

Okay, but how many of you:

Applied for a job that was beneath your skill level? Went on a dreadful date as a favor? Queried an agent you really didn’t want, but you promised yourself that you’d query at least 10 agents a month?

…only to get rejected.

All of us have been rejected when we’ve reached for the stars, but then there is the time where we totally were going to reject the other party…and they beat us to the punch.

What? He didn’t feel a spark with ME? He doesn’t want to go out with ME again? He can’t dump me, I was going to dump HIM.

It’s bad enough getting dumped, but getting dumped by the guy who lives in his mother’s basement and who’s never had an actual job stings just a wee bit…ok, a lot more. And I know that it is ego and a tad of narcissism on our part, but that just goes with being human. We all feel the sting in our pride.

Statistics show that 10% of people won’t like us, no matter what we do.

I subscribe to the Underwear Too Tight Theorem. Wearing ill-fitting undies is probably responsible for most road rage, violent crimes and likely a couple wars. Hey, you ever buy the wrong size bra and try to be pleasant? Just saying that, if someone doesn’t see how awesome you are, the odds are they should have chosen boxers over briefs. 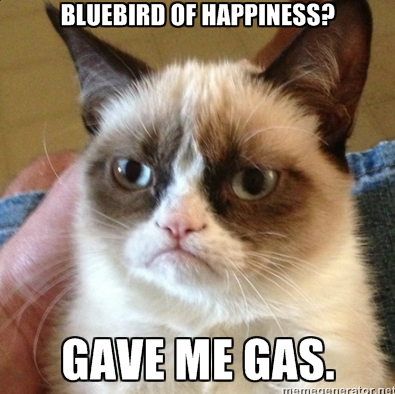 We Really Are All Winners

Look, you are special, unique, precious YOU, and yeah, I can guarantee that, when you try to do something amazing, odds are you’re going to fall and skin your ego more than a few times. Happened with rollerskating, learning to ride a bike and with querying an agent. The trick is perspective. Learn to back up and look at the big picture.

Closed Doors Can Be Some of the Best Gifts

Sure, we all have failures and setbacks, but I promise that some of the best gifts in life are closed doors, missed opportunities, or rejection.

In 2008, I went through the nastiest, most hellish breakup. There is being dumped, and then there is BEING-DUMPED-AND-WHILE-I’M-HERE-I-WILL-CRUSH-EVERY-GOOD-THING-YOU BELIEVE-ABOUT-YOURSELF-AND-RIP-YOUR-BEATING-HEART-OUT-OF-YOUR-CHEST-AND-SHOW-IT-TO-YOU. I’d never been through anything so cruel. My ego was so bruised I was seriously open to the idea of living out the rest of my days in a convent. A month later, I met my husband who is the love of my life and the most perfect man for ME. Thank GOD that jerk dumped me!

If I’d had instant success as a novelist, I would never have become the Social Media Jedi who gets to help you guys shine your brightest, and I wouldn’t trade that joy for a hundred NYTBS novels. When I started as a writer, I had no idea that, though I was a strong fiction writer, my real gift was in teaching, shaping and nurturing others. If I hadn’t been rejected on one path, I would never have found my true path.

Some Cool Stuff About Rejection

Cool stuff? Kristen, have you been licking frogs? There is nothing awesome about being rejected.

Um, no, I gave up licking frogs last New Year’s Day, and YES, rejection can be awesome.

Rejection Shows Us Where We Need to Grow

When engineers design a new car, they create a prototype. That prototype is then built and…tested. The place to find out of the brakes don’t work is NOT on 1-95 when a family of six is inside counting on being able to stop in a rainstorm.

There are plenty of people with the talent to take them to the stars, but they lack the character to stay there. All of us have rough spots, bad habits, or areas where our character or work ethic could come up higher. It is best to sort this stuff before The Big Game, when the stakes are so high that failure is catastrophic.

Rejection Can Show Us That We Are Doing Something Right

I happen to be one of those people who dances to the beat of her own ukelele. It’s hard to be different, but “fitting in” often comes at the expense of greatness. When we pursue our dreams, often we will meet resistance. In fact, I guarantee you will meet resistance. A lot of times it is because when we step out and dare, we remind others that mediocrity is a choice, not fate.

Also, people are generally afraid of change, so anything we do that is different or challenges the status quo can be viewed as a threat. It isn’t personal. It’s just human to be afraid of change.

Rejection Can Be a Sign of a Pending Promotion

Scientists wanted to understand more about pessimism versus optimism. Was it nature? Nurture? Or both? They scoured the country looking for a set of identical twins, but one needed to be a pessimist and the other an optimist. Once the scientists found their set of twins, they separated the two and put them each alone in a room where they were chest-deep in manure. Then, they sat back and watched through a one-way mirror to see what would happen.

The pessimistic young man wailed an cursed and pouted. He moaned, It figures. This kind of stuff always happens to me. My brother always has it so much easier.

The scientist looked in on the optimistic twin and the young man was grinning ear to ear as he dug through the piles of manure. He laughed with glee as he flung large handfuls of the stinky stuff in the air, and then he’d dive in for more.

Baffled, the scientists had to know what the heck was going on. They peeked in the room and asked, What on earth are you so happy about? You are up to your chest in manure!

To which the twin replied, I know! Isn’t it great? With all this horse#$%&, there has GOT to be a pony in here somewhere!

Often it gets the darkest when we are actually doing the right thing. In fact, before every promotion, I know I’ve suffered the worst setbacks. Hey, a new level a new devil. Just count on it. Life is all about choices and success comes from how we interpret failure. Is it a tombstone or a stepping stone?

So, the next time it feels like life is using you for a punching bag, the next time you fail or face rejection, just think: With all this horse#$%@, there has GOT to be a pony in here somewhere!

Remember, we are WANAs. We are not alone. And when you get hit, lean on us…and play this song a few hundred times until you remember how amazing you are.

At the end of December I will pick a winner for the monthly prize. Good luck!