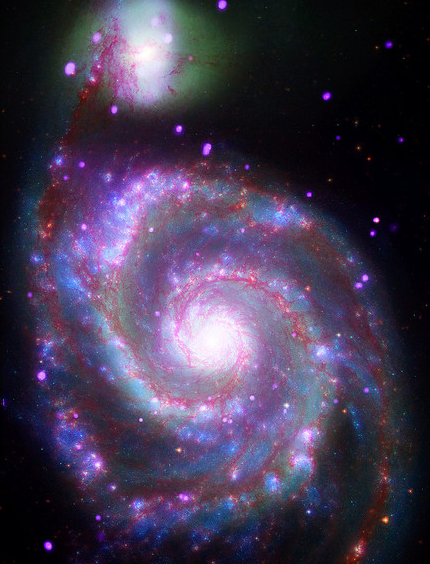 Image via Flikr Commons and contributed by The Smithsonian.

What is “Voice”? In my humble opinion, voice is the “God Particle” that influences and shapes all things. Though we clearly perceive that it’s everywhere and that it holds everything together, we can’t see it. We can’t touch or smell it or even easily define it.

In the world of particle physics, the Laws of Nature include four major forces—electromagnetic, strong, weak, and gravity. The interplay of these four forces governs the universe—creation, destruction, preservation, order, disorder, orbits and entropy. Laymen frequently refer to the force of gravity (Higgs-Boson) as “The God Particle” simply because the Higgs-Boson happens to be this evasive, seemingly indefinable particle that explains creation of the universe (and for the scientists out there, if I botched this, it’s an analogy and I am a writer, not a physicist).

Why do “things” have mass?

We know gravity is at the heart of all things, but we struggle to see gravity or define it. We also know that the “God Particle”, though the “weakest” of all four forces, seems to be the most important in that it governs the other three.

I believe voice is much the same way. As writers, we are little gods creating worlds, people, empires, magic, dynasties, and dramas all using various combinations of black symbols on a white page.

The Four Forces of Literary Nature could be named—plot, characters, style and voice. Plot, characters and style are easy to see, break apart, define, explain and diagram on a whiteboard.

But voice? It just IS.

It’s our God Particle. We need it to create our worlds and hold things together, to give them mass. We require voice to bring the other three forces into play and guide them in shaping our universes.

Writers are gods over the worlds we create. Some of us might be tiny gods, dreadful gods, absent gods, benevolent gods, generous gods, engaged gods, preoccupied gods, deadbeat gods, untalented gods, visionary, inspiring, or resourceful gods, but, to be gods, we must all have our distinctive God Particle known as our “voice.”

Our voice is our creative particle that is as unique to us as our own DNA. It’s why voice is often imitated, but not well, and why it always betrays our identity.

This God Particle we call voice is how we use all the forces of literary nature, how we employ them, what we include and what we omit. We can be gods as flesh among men (1st person or 3rd person POV). We can be gods up on our throne, looking down on it all, comfortable in our omniscience (Omnipotent POV). We don’t fashion man from dust, rather we fashion them from letters and printer ink. We separate the light from dark and water from land and we do it all with our voice.

…until we admit it is good and rest. You can smite the adverbs later. They were warned ;).

If you want to learn how to create a good author blog that appeals to readers not just other writers, please sign up for my next class. Registration is now open and there are all types of packages for every price range. The class can be done at your own pace and in your own time and you will have a team of support.

What are your thoughts about “voice”? What makes up an author’s voice? Does it change over time, or is it essentially the same only a stronger, more refined version? Who are some of the authors you LOVE simply because of his/her voice? Would this make you buy books if they wrote in a genre you don’t ever read? Btw, if you want to learn more about voice, one of our WANA instructors, Les Edgerton has a great reference out there Finding Your Voice