My first signing as a Craftfest presenter. Um, never mind there are no books. I TRIED!

Thrillerfest is a phenomenal conference packed full of experts and even heroes. It’s also a unique conference in that it takes place in NYC, right in the heart of traditional publishing. One of my major goals for WANA has been to serve writers—ALL writers. Publishing has been a One Size Fits All model for generations, and a lot of great writing has been collateral damage.

In fact, the paper-driven paradigm had driven many forms of writing to the brink of extinction—short stories, novellas, poetry, serials, pulp fiction, epic fiction, etc—simply because these types of works were a bad investment for a business that must turn a profit in order to survive and keep investing in new authors.

WANA has always made it a point to never make authors feel they needed to choose sides. Traditional is a better fit for some authors and indie isn’t for everyone. Self-publishing is far from a panacea. Each one has strengths and weaknesses and I explore that in Rise of the Machines–Human Authors in a Digital World.

The key to building the perfect platform for your career is to make an honest assessment of which publishing path fits your personality, your work and your needs. WANA is not a Social Media Snuggie.

I’m a huge fan of the new paradigm, namely because we are seeing an explosion of creativity. New genres are being birthed and old forms are being resurrected. I’ve spent many, many blogs imploring NY to realize that self-publishing and indie publishing do not have to be enemies. Yet, last year I was excruciatingly frustrated when I returned from Thrillerfest.

Some people felt I was being mean in that post, but when you love something you sometimes need to be tough. Last year, when few seemed to be acknowledging the pink elephant (Amazon) in the room and some comments about self-publishing were utterly inappropriate, I was annoyed at the lack of foresight.

And, when I kept hearing mantras like, “E-books are a fad” “People love bookstores” and “Readers will always want paper”?

I wanted to scream.

Borders was already dead and gone and Barnes & Noble had been experiencing major losses. If things didn’t change? Authors would be hurt the most because (at the time), I believed leadership wasn’t looking ahead. They were too busy protecting what had always been.

Help me, help you! 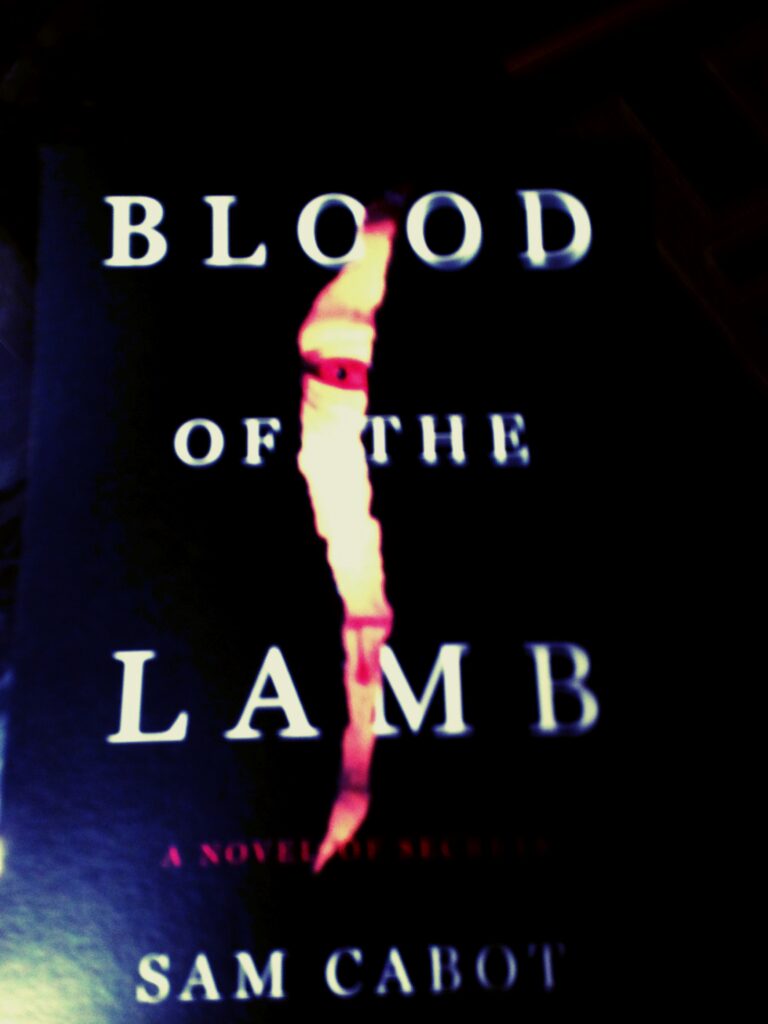 Thrillerfest 2013—Kind of a scary welcome. My blog wasn’t THAT bad.

“If You’re Not at the Table, It Means You’re on the Menu”

I read the above quote out of John C. Maxwell’s latest book The 15 Invaluable Laws of Growth. It really spoke to me and helped me realize the root of my frustration with traditional publishers over the past few years. They’ve consistently refused to sit at the table of the new paradigm and that meant they were on the menu (placing its authors on the menu as well).

A federal judge recently ruled that Apple illegally conspired with five of the six biggest publishers to inflate prices in the emerging e-book market. Apple will be disciplined and the big publishers are certain to take a hit as well, though actual damages have yet to be ruled.

While the big publishers remain insistent they’ve done nothing wrong, it seems unlikely they will take on the Department of Justice a second time. This means Amazon is poised and ready to absorb even more of the book market.

William Lynch, CEO of Barnes&Noble resigned early this month after devastating earning reports made it clear that Barnes & Noble was losing the battle to Amazon. Their Nook had failed to keep pace with other devices like the Kindle Fire and the iPad, despite B&N’s partnering with Microsoft.

According to the New York Times article by David Streitfeld, E-Book Ruling Gives Amazon and Advantage, “The verdict in the Apple case might have been a foregone conclusion, telegraphed by the judge herself, but it emphatically underlined how the traditional players in the book business have been upended. Only Amazon, led by Mr. Bezos, seems to have a plan. He is executing it with a skill that infuriates his competitors and rewards his stockholders.”

Barnes & Noble, upon Lynch’s departure, appointed Michael P. Huseby former CFO to CEO. Additionally, according to another recent article by Julie Bosman in the New York Times Chief Leaves Barnes & Noble After Losses on E-Readers, “Max J. Roberts, the chief executive of the college division, will report to Mr. Huseby, while Mr. Huseby and Mitchell S. Klipper, the chief executive for the retail stores, will report to Leonard Riggio, the company’s chairman.”

These decisions hint that this is a likely a step toward “separating the digital and retail divisions, as the company has indicated it might do. Barnes & Noble has been in talks over a potential sale of its digital assets, as well as its 675 bookstores.”

What Does This Mean?

All of this points to an ominous sign that the bookstores likely will be broken up, which is why I’ve been adamant that writers (and traditional publishers) stop relying so much on the brick-and-mortar-model, since it was clear from history (Tower Records & Kodak) that these retailers would likely experience record contraction or go away altogether.

(I doubt bookstores will disappear completely just reinvent as I mentioned in this post last year The WANA Plan to Save Bookstores & Revive Publishing).

This has been another reason I have been passionate in my crusade to educate writers how to create an author brand on-line using blogging and social media. If the bookstores go away or shrink to the point of inconsequence, our only lifeline for success is the Internet.

Historically, bookstores have been the main hub where readers discover authors. That has completely changed. If we fail to appreciate this, we plan to fail.

After All of This, Why Was Thrillerfest So Encouraging? Welcome to the “Lifting of the Veil”

Rather than bringing in a big publisher to talk about favorite books and ignore the consumer landscape, ITW (International Thriller Writers) recruited Russ Grandinetti, Vice President of Kindle Content and Kindle Direct Publishing to speak. They also invited Createspace to be an active part of the conference and allowed ME to teach blogging at Craftfest, which shows they are looking to the future (or that they need better security :D).

Grandinetti’s speech left me in tears.

Grandinetti spoke about how it is a brilliant time to be a writer and how traditional and non-traditional don’t have to be adversaries (Sound familiar?). By using the new tools available, authors (even traditional authors) can keep fires burning with fans in between books and help big publishers reinvent and become more profitable.

Authors are now free to write serials, shorts, prequels and maybe even try new genres. Authors can stretch as artists after being in a severely restrictive business model for so many generations. We now are seeing the emergence of the hybrid-author, just as indie giants like NYTBSA Bob Mayer predicted years ago.

(And a major reason WANA never chose sides. I always believed one day they might work together).

I nearly passed out when mega-author-legend David Morrell asked for help understanding how to improve his metadata and when Anne Rice spoke about her love for Facebook. The energy this year was completely different. Rather than attending a wake, it was like attending a baby shower. The excitement for the future was palpable and it was a joy and it was an honor to witness this.

*and the choir sings*

Yes, an apocalypse can mean destruction—destruction of outdated operations, old thinking, ineffective models—but like a forest fire, an apocalypse also opens room for something new and vibrant and even stronger to emerge.

The fact that the biggest authors in the business were now looking at new ways of doing things? *happy dance* Finally, everyone agrees that stories and information, authors and readers are more important than keeping the status quo. YAY!

We are in scary but wonderful times and no matter which path you choose to take, please know two things:

1. ALL authors need an on-line platform.

2. It is the best time in HUMAN HISTORY to be a writer.

I knew NY had it in them. And, though the judgement against Apple and the major publishers does have a dark side (namely that competition keeps markets healthy), we can at least rejoice in this awakening and hope this leads to improved business creativity. Hey, NYC can learn a lot from writers :D.

What are your thoughts? Do you feel encouraged? Overwhelmed?