The Stuff of Legends—Creating a Character Apocalypse 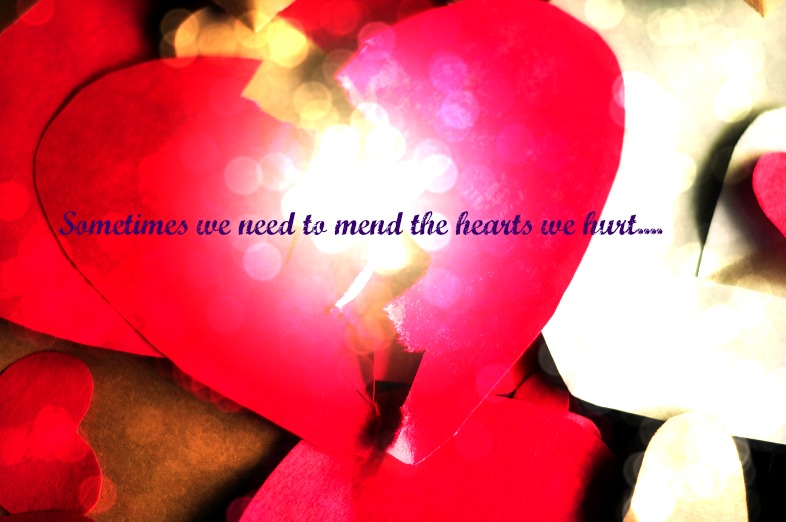 When I wrote my new book, Rise of the Machines—Human Authors in a Digital World, I picked the title for a very good reason (aside from the seriously cool Terminator reference). We are HUMAN authors in a digital world. We aren’t machines.

Since this week’s theme is “apocalypse” (carrying the torch for Piper Bayard), I thought this would be a good topic to discuss, because when we do screw up and hurt someone, it can truly feel like the end of the world.

Truth is, we are flesh and blood people with bad days and baggage. Granted, the lessons in the book (and this blog) are designed to help us navigate the sea of 0s and 1s with greater ease, but to assume we won’t ever oops, bungle, or just plain show our butt is unrealistic.

Last week I wrote a post Are You Alienating Friends on Facebook & Fracturing Your Platform. There was a writer, who quite unwittingly, offended me. Being overtired and touchy, I reacted. Now, I could have left my far-less-than-ideal response out of last week’s blog and looked like the Shining Pillar of Awesome, but one thing I’ve always striven for in my relationship with you guys is authenticity.

I want you to know that even “experts” have bad days. We check messages when we know deep down we need a pizza and a nap. We screw up.

Yeah, This is Gonna Hurt

We live in an age of authenticity, and to be authentic sometimes…well, sucks. I’d love for you guys to think I’m pink and fluffy and better than unicorn stickers. But I goof. Granted, I make it a point to goof as little as humanly possible, but sometimes? I stick my foot in it….and then in trying to get my foot out of it, stick the other foot in and then fall and get a mouthful and both hands and face stuck and….yeah, it becomes an On-Line LaBrea Tar Pit. 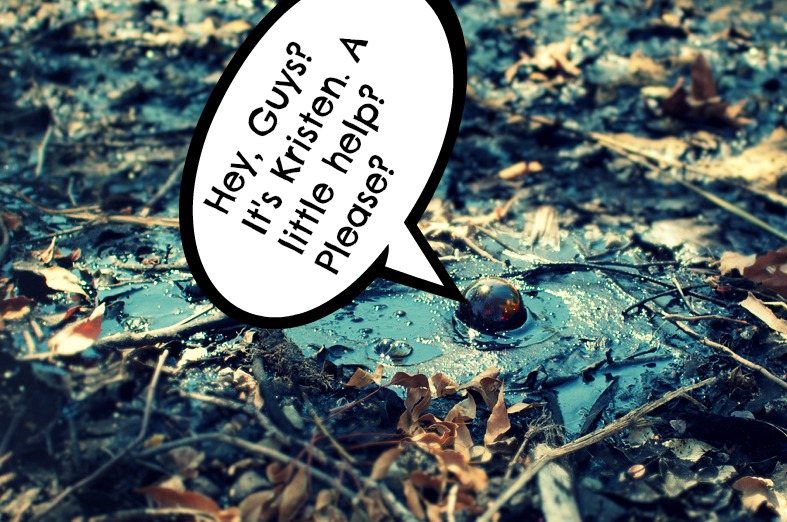 We can talk about ways to avoid these pitfalls, but I’ve already done a lot of this in my blogs and book. I think the bigger question today is, “What can we do when we’ve shown our butt and are staring down the barrel of a brand apocalypse?”

About two months ago, someone started a Facebook thread regarding a certain celebrity. The tone of the question that began the thread hinted that it wasn’t a serious discussion. Just a discussion of whether we thought celebrities were nuts. Yet, as the thread evolved, there became a distinct mixture of serious and joking banter.

Soon, it became difficult to decipher which was which.

Instead of me just shutting up, I tried to bring a balance of debate with humor into the thread. Big problem though. We don’t have the benefit of facial expression or tone of voice and humor can easily be lost or misinterpreted. I failed to see that point when I just needed to be quiet and I very unwittingly hurt some feelings.

My humor was taken as insensitivity and my passion on the matter was taken as bullying. I didn’t mean to bully. Doctors misdiagnosed me for two years with epilepsy (was actually a SEVERE gluten allergy). No matter how much I protested the diagnosis was wrong, the doctors were relentless.

They were top neurologists and what did I know?

Eventually, this misdiagnosis destroyed my career and my health, bankrupted me and left me homeless and unable to get a job because no employer was going to take on an epileptic (which is how I became a writer, ironically). It took nearly ten years to dig out of the financial mess and I still suffer long-term effects from taking medications I should never have been prescribed.

So I never intended to plow over people, but my own experiences have made me very wary of trusting everything a doctor says.

But looking back? This thread wasn’t the proper forum for that discussion.

The next day, when I realized some of what I’d posted had been taken very differently than intended, I feel I did two important things (that weren’t easy, btw). First, I clarified my position, but then I didn’t defend beyond that. I took the mea culpa and admitted I was wrong…because I was.

I was dead wrong.

I believe as the digital world changes and evolves, sometimes we don’t see the Social Media Fault Lines until we are stranded under a pile of debris begging for someone to throw us a rope. It’s why I added this FB thread experience to my new book.

Oh, sure, I knew not to get in rants in blog comments or froth about politics and religion…but celebrities and medicine? 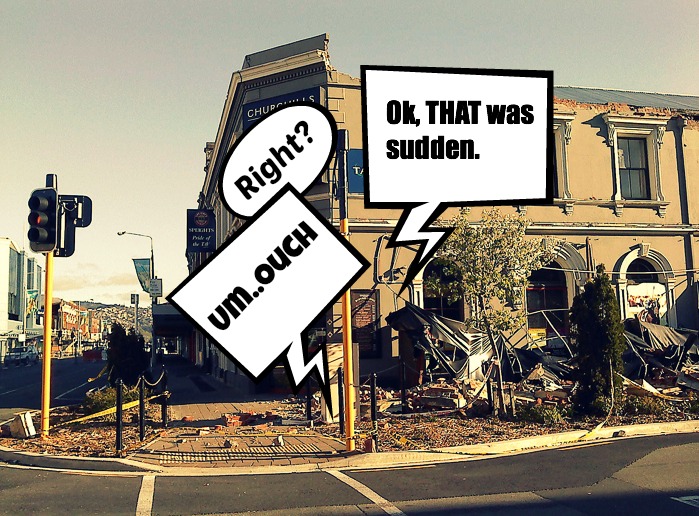 But I do now. Kristen CAN be taught! *happy dance*

I can guarantee I won’t make that mistake again (just New and Improved ones :D). I learned. I’ve seen similar threads since then and my first thought? Kristen, you do not have a dog in that fight. Even threads that look funny on the surface. If they are regarding something people can get emotional about? I steer clear. Hey, live and learn *shrugs*.

Do We Want to Be Right? Or Be Happy?

In my mind? I choose happy. The next day when one of my followers blogged about Mean Girls on Social Media, she didn’t name names because she was classy like that. She gave me an opportunity to own my mistakes.

Embarrassing as it was, I outed myself in the comments and apologized. I never meant to hurt anyone, but I did and that’s all that mattered. So I needed to apologize and ask forgiveness.

Same thing with the message from last week. My next message to this person after our tiff?

“Please forgive me for being a touchy @$$clown. I was tired and had the skin of a grape and there’s no excuse. I deeply apologize. What can I do to help you with your new book?”

I’m super happy I swallowed my pride because I made a new friend, FOR REAL. We have had so much fun talking and sharing content and this person writes in a genre that is one of my favorites. Just like this writer was going to miss out on a potential BFF by dissecting me from his FB following (and hurting my feelings), I very nearly missed making a BFF by being a touchy jerk (and hurting his).

Never Underestimate Falling on Your Sword for the Greater Good

Just like that writer had no idea he would hurt me, I’ve had times I’ve said things I had NO CLUE might wound others (like the notorious Celebrity Thread of DOOM). For me not to extend the digital olive branch would be hypocritical.

We all have bad days and if we want grace, we’re wise to be liberal at offering it, too. It’s no guarantee we can right the wrong (which is why staying out of trouble is still the best option), but it is still a step in the right direction. Building hearts is always better than trying to repair them.

We All Know the Basics

Don’t rant about politics and religion. Don’t rant when we get a bad review. Don’t leave mean/hateful comments. Don’t react out of anger. Most of us do a pretty good job of keeping that stuff straight. It’s the gray areas where we get in trouble. Sometimes it’s tough to sense when we are too tired, strung out and should just find a cave somewhere. Sometimes we are trying to be funny or poignant and blow it.

If we spend any amount of time on social media, we are guaranteed to step on toes and hurt feelings. The key is to remember that love should be paramount. Pride and “being right” is highly overrated. And often, when we do own our mistake and ask forgiveness, the relationship is stronger. So never be afraid to just say, “I’m sorry.”

What are your thoughts? Have you ever put your foot in it and had to make things right even though it sucked? Come on! I can’t be the ONLY one….please. Have you ever taken the high road and it worked out for the best? Have you fallen into some social media traps we might not be aware of? Have you ever been a super awesome person who forgave someone like me who acted like an @$$hat and were you glad you did?