Every setback is an opportunity for an even greater comeback. I love these words. No idea who said it, but it rocks. Life has a way of being awesome, amazing, fantastic…and a ROYAL @$$whipping, too. Not only is this quote great to hold close to our chests when life has us on the spin-cycle, this is a FABULOUS mantra for writing memorable, epic stories.

Hubby and I just finished a marathon session of gorging ourselves on Battlestar Galactica and are now careening through Caprica because it is backstory for BSG. I refuse to watch any show that doesn’t have at least four seasons complete, namely because, if I like a new show? Apparently it spells its DEATH for the new show. Thus, I don’t like getting too attached. I wait, then inhale an entire season a day.

I feel that series, complex series, are actually the way of the future (and have felt this way since roughly 2004). There’s a fantastic book that explains why, called Everything That’s Bad for You is Good (and I strongly recommend it). In a nutshell, popular opinion seems to be that, as a society, we are getting DUMBER, spiraling toward an Idiocracy.

In the face of Honey Boo-Boo and The Bachelor, it’s tough to argue. But those shows are mindless brain junk food, and thus we’re comparing apples to oranges when we place them next to Breaking Bad or Walking Dead. Those other shows aren’t storytelling. Don’t tell The Real Housewives of the OC. 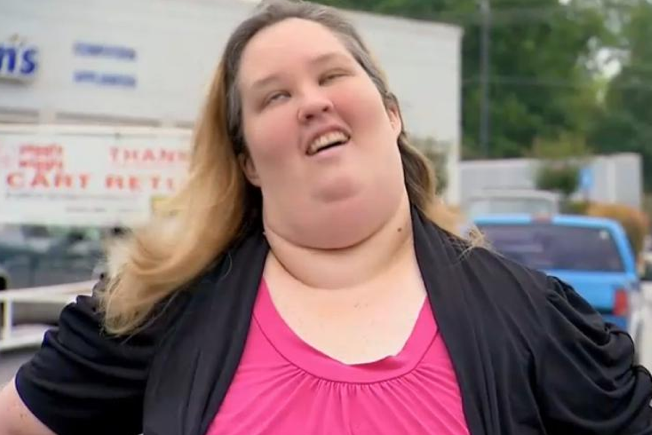 From Big Screen to Small Screen

When I was a kid, all the best actors (acting) were on the big screen. To see an actor go from movies to television was a clear sign their career was likely over. Television equaled death. Now? We see the opposite. I’ve all but given up on most movies. They bore me into a coma. Most are abysmally predictable or just showing off CGI skills instead of telling a great story. My opinion? Television is now where we are seeing the most successful stories and the most talent (been that way for a while).

Audiences, despite what people might want to believe, have become far more sophisticated. If we had a time-machine and could transport an avid TV fan of Gilligan’s Island to 2014 and sit him in front of Game of Thrones? His head would explode.

Anyone got a squeegee?

Modern audiences love a complex plot, numerous story lines, and obscure references. We want a large cast to fall in love with or hate.

We watch certain movies/shows over and over because there are jokes, innuendo or backstory we missed. Seinfeld is a great example. Every episode had its own plot and humor, but if one hadn’t watched the other shows there were a lot of jokes one simply would NOT get.

Shows like Seinfeld were revolutionary this way. It had never been done before. I Love Lucy was all contained to each episode. Every episode stood alone.

The greatest comedic writing out there is great primarily because of the obscure wink-wink-nod-nods to other iconic movies. For instance, I LOVE, LOVE, LOVE Scary Movie 5. But if you aren’t a horror fan, it won’t be nearly as funny. Same with Tropic Thunder. One has to have seen Platoon, Apocalypse Now, Tears of the Sun etc. in order to understand the movie and “get” the jokes.

The Simpsons, South Park and Pixar employ a similar tactic by threading pop culture references into the stories.

Finding Nemo has to be one of my all-time favorite movies. Now, The Spawn has loved this movie since he was two. There is a level of humor that renders a toddler a quivering puddle of giggles. But, at a higher level what adult hasn’t lost it in the Shark  Fishaholics meeting scenes? A toddler has no concept of a Twelve-Step Program, and yet as adults? WE GET the reference and so it launches the humor over the top.

These factors are why many of these movies (or series) are worth buying. We see something new every time we watch. We peel back a new layer, spot a new subplot, finally “get” that double entendre. We can rematch Battlestar Galactica with a fresh set of eyes and see new territory.

Modern audiences are growing increasingly sophisticated and they long for the mental challenge of keeping up. One can watch BSG and have to recall some detail from ten episodes earlier. We LOVE the mental challenge and this is why the big screen won’t last for the adult audience. The main factor working against movies is TIME.

Most people are pushing it to sit through a three hour movie. A screenwriter, director can only do so much plot or character development in three hours or less. Compare this to a TV series with a hundred hours. We have the time to get to know more characters, more backstory, more subplots and our brains crave the challenge.

What does Twitter and Game of Thrones have in common?

There are 140 characters and everyone is pissed off 😀 . *bada bump snare*

I began this post with a killer quote and I want to use it to show why series are becoming hot, hot, HOT. With a series there is, bluntly, more time and more opportunities to 1) generate love and affection for a wide cast of characters and then 2) torture them then 3) wait for the comeback. Some of the finest series out there will wind your nerves so tightly you feel like you need a drink and a Xanax to get to sleep.

WHAT IS GOING TO HAPPEN? :O

Is Starbuck alive? Dead? Is she real? A Cylon? Ok, I can sleep WHEN I’M DEAD *clicks for “Next Episode”*

The same urges that drive viewers to lose an entire weekend or night of sleep dying to find out what happens on a show (or video game *cough* Gears of War) is the same phenomena that is driving series and novellas to greater popularity.

For Those Who Want to Write Stand-Alones

If series aren’t your thing. Don’t fret, but remember that every setback is an opportunity for an even greater comeback. The greater the setback the better the comeback. Fiction is the opposite of functional sanity. Normal human beings seek to maintain peace and healthy relationships. Your job as superlative writers is to maim, torture, crush and kill. Find that shiny thing. Get the protagonist sooooooooo close they almost…have….can…touch…..the edges……..

….and then SMASH IT. SMASH IT, KILL IT….BUUUUURRRRRNNNN IT! 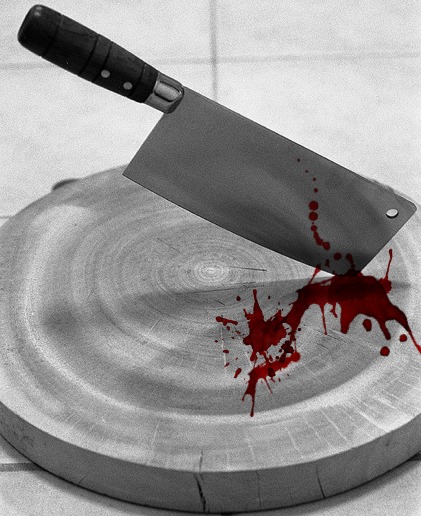 Your readers will hate you, but it’s good for them. Do NOT protect your characters. Screw up their lives more than a meth-addicted multi-personality mother-in-law. Your characters NEED a crucible. No one wakes up and thinks, “Gee, maybe I have a pride problem. I should totally work on that.” NO! Instead of that promotion they know is in the bag, they get FIRED. Worse, they get blackballed. Worse, they have to apply for food stamps.

Worse, the person at the food stamp office is the very person they were horrifically RUDE to and now they need this person’s mercy. Do they get it? NO! ARE YOU HIGH? STOP BEING A SOFTIE. Do you want to be a WRITER? Then lose that soul and sense of decency (for a bit).

Take the food stamps away! Get them a job at McDonalds and they get fired from THAT TOO. IN THE RAIN!

Run over that character with an emotional panel van, then back over them, then run over them and repeat until they are a pile of GOO.

Gee, I wonder why people feel nervous around writers? 😀

Ah, but once that character has withstood the tests…you as Author God then can give them a new shiny and a better shiny. Show them they shiny they wanted in the beginning was Fool’s Gold and let them earn the real deal.

And your readers will then forgive you for the torture.

Series are simply becoming more popular because there is an increased demand for entertainment and people are spoiled with a lot of variety. We are also masochists. Fiction shows us our ugliness, but unlike life? There is a resolution. And, that, my friends, is why we all love a great story.

What are your thoughts? Are you too easy on your characters? Do you have a tough time taking away the shiny? What TV series do you love and why? Are you losing interest in the big screen, too? What are some of your favorite characters from a series and that you might never have known intimately if it were a movie (um, SPIKE)? Do you agree/disagree that publishing is now favoring the series? Are you a series-gorger, too? Do you kill new shows if you like them?

Winner for March’s  Contest–Aaron Davis. Please send your 5000 word Word document to kristen at wan a intl dot com or a 1250 word synopsis or 250 word query.