Are We TRULY Thankful? Unseen Blessings that Can Change Our Lives 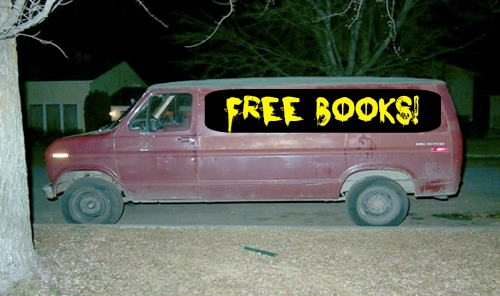 I’m still delusional that I might finish NaNoWriMo. I can write 16,000 more words in five days, right? Sigh. I’ve been away from the blog because I’m in the trenches with the fellow Nanos. Also I really needed to take a bit of a break. To help me with my pseudo-sabbatical? The AMAZING Social Media Maven Marcy Kennedy is here to help you learn how to use Twitter effectively.

Great news is I have done all the dumb stuff so you don’t have to. Marcy might have, but I can’t speak for her (and she is kind of a Hermione) so she probably was smart enough to learn from MY dumb stuff….. 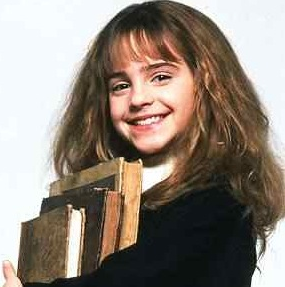 So today I want to walk through the seven essentials every author needs to know about Twitter. When used correctly, Twitter can be one of the best tools for increasing traffic to our blogs and gaining new readers for our books.

Essential #1 – Which Tools Work the Best for You

When we are new to Twitter, we might not realize we have options for tweeting other than using the twitter.com website. Hint: You don’t want to actually use Twitter.com to tweet. It only gives you one column and very few options. We need something more effective to manage our tweeting.

There are two basic choices—TweetDeck and Hootsuite. (There are others, but these two are the best.) You’ll hear from people who love one or the other, so the important thing is to choose the one you like the most.

Essential #2 – How to Use Hashtags

Using hashtags allows people we’re not already connected with to see our tweets (and vice versa). Effectively using hashtags is one of the quickest ways to build relationships with new people on Twitter…if we use them well.

Since I don’t want this post to be as long as a novel, I’ll direct you to a post I did for Kristen earlier called “Twitter Basics–The Proper Care and Feeding of Hashtags.”

Essential #3 – How to Use Lists 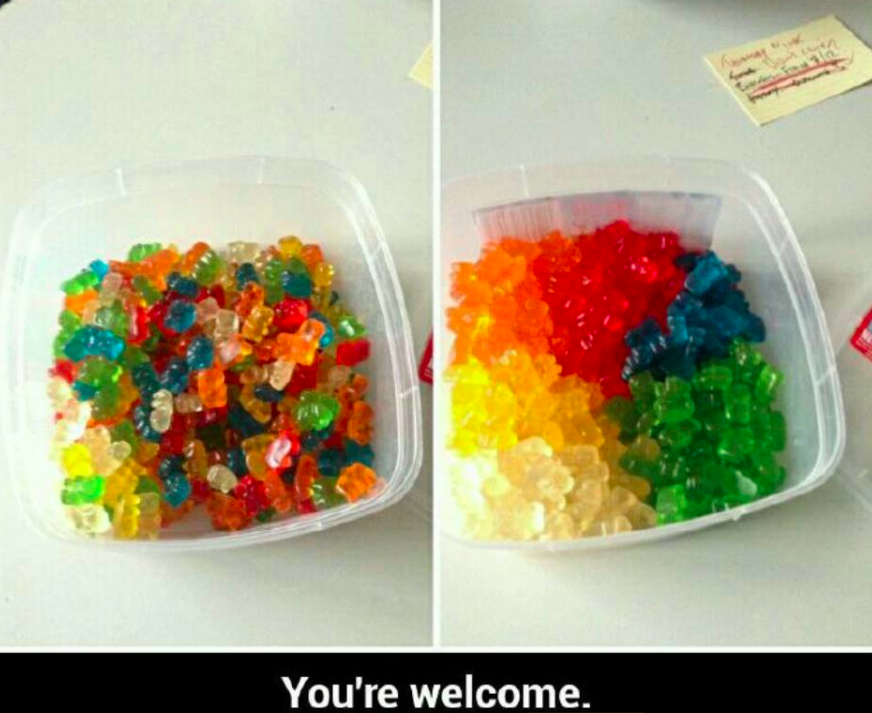 Organize ALL THE TWEETS!

One of the most common complaints I hear about Twitter is that the amount of tweets is overwhelming. There’s a simple solution—Twitter lists. A Twitter list can be added to a column in TweetDeck or a stream in Hootsuite so that we’re able to watch only the tweets made by the people on that list.

Once you know how to use them, they become a powerful tool not only for making Twitter more enjoyable, but also for building a viable author platform. Twitter lists can help: 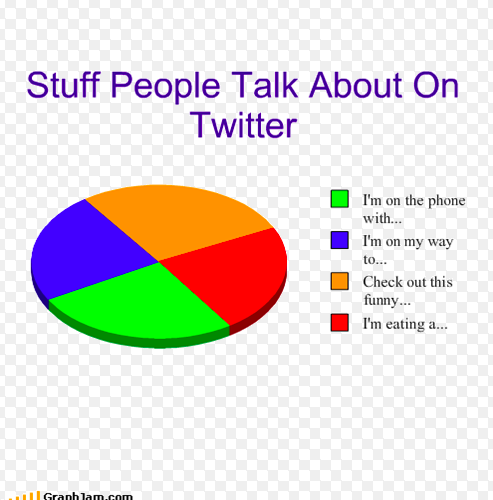 We’re writers, so the temptation is to be the “all writing, all the time” channel. Tweeting about writing some of the time is fine because it helps us connect with other writers, but it won’t help us connect with readers.

Connecting with readers is about joining in conversations and tweeting links to material that your potential future readers might be interested in. If you’re writing science fiction, tweet about new scientific inventions, for example.

If you’re writing romance, your audience might be interested in posts about love and relationships, about the latest fashions, or about exotic locations. If you’re writing thrillers, you could find true crime posts and interesting tidbits from the news to share.

We won’t have success on any social media site unless we’re there, actively participating and building relationships. That means that connecting any two sites so that what we post on one automatically shows up on the other is a bad idea.

But connecting Facebook and Twitter so that your tweets carry over is also a terrible idea because what people look for from the two sites is different. You might think you’re saving yourself time, but you’re risking coming across as a spam bot instead.

Essential #6 – What Can Get Us Sent to Twitter Jail? 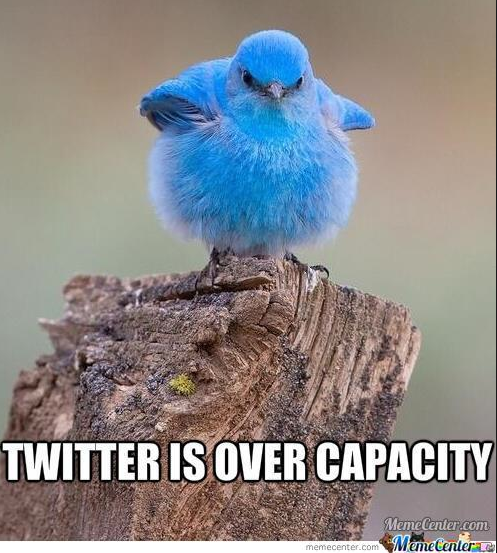 When it comes to Twitter, there are three big no-nos that can land us in Twitter Jail. Consider these the equivalent of speeding, driving down the wrong side of the road, and driving under the influence.

People hit the magic number of 2,000 people they’re following and suddenly Twitter won’t allow them to follow anyone new. This happens when we don’t have enough people following you compared to the number of people we’re following.

If this happens, you’re going to have to go and clear out some of the people who aren’t following you back using a tool like justunfollow.com. If your ratio is so far off that you’ve been thrown in Twitter jail, you’re not going to get out just by begging a few more people to follow you.

I’m still shocked that people have this happen given that the technical limit is 1,000 tweets per day. However, this is also broken down into hourly limits. So if you think of it that way, you’re limited to approximately 83 tweets per hour. That might sound like a ridiculously high number you’d never hit, but if you’re taking part in some kind of Twitter party (e.g., a launch party for a book), you may actually find you hit this limit.

With the growing popularity of those types of events, as well as themed chats, you need to be especially careful about this limit if you’re the administrator of the event.

Most of you are probably already aware of the major spam behaviors to avoid. Kristen has done an amazing job of educating writers about what counts as spam, but in case any of you are new to Twitter or don’t read Kristen’s blog quite as dedicatedly as I do, I really think these are essential to know.

Spam = If your updates consist mainly of links, and not personal updates.

This is another reason why the conversation aspect of Twitter is so important. This is a social media site founded with the intent of both sharing information and providing people will a quick, easy way to voice their opinions and chat with others. Be aware that if you’re only posting links, you’re technically in violation of Twitter’s user policies. 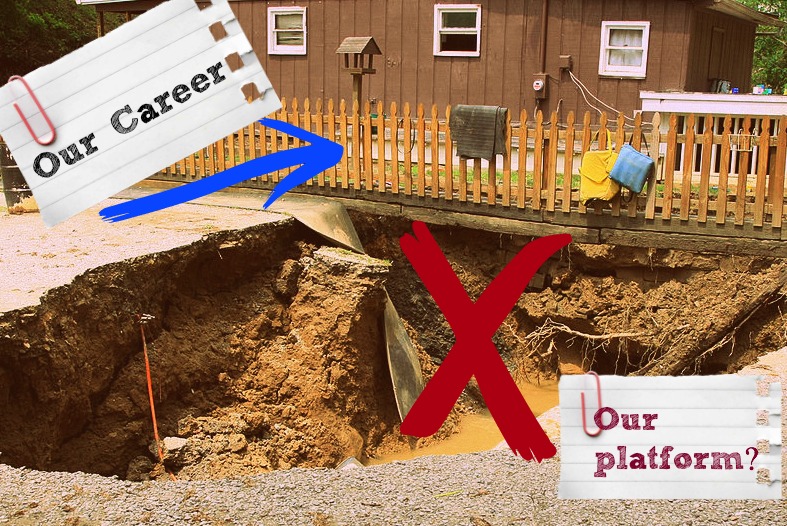 Our home base on the Internet should never be a social media network. We should have a website (and ideally blog on our website as well) because that is a solid foundation to build upon.

Part of what we want to do is create a circle between our blog and our social media networks. We share material on social media, which draws people back to our blog, and they enjoy the content, so they return to social media and share it with the people they’re connected with. And the cycle continues and grows.

You’d be surprised how many people chop a hole in this cycle because they don’t enable sharing buttons on their blog or website. Make sure you have a button that people can click to tweet your blog post right from your website.

Please check out my book Twitter for Authors: A Busy Writer’s Guide (available in ebook and print forms). Building a thriving social media platform doesn’t have to steal all your precious writing time or cut into your time with your family. Twitter for Authors is about building a successful Twitter platform that’s sustainable for busy people.

In Twitter for Authors, you’ll learn…
• essential Twitter terminology,
• how to set up your account,
• the differences between TweetDeck and Hootsuite,
• techniques for staying safe on Twitter,
• how to build columns and lists and use them to find readers,
• the value of link shorteners and hashtags,
• what to tweet about,
• the most common mistakes writers make on Twitter,
• how to run a successful Twitter event,
• how to manage your social media time,
• and much more!