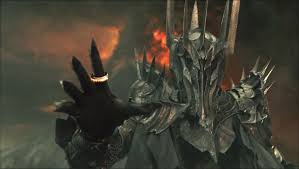 This series is to explore the many facets of the most important element in fiction. Today, we are going to begin with what I call the BBT–or Big Boss Troublemaker. Why? Because the term antagonist confused the hell out of me for years, so I simplified things. Hey, I’m blonde. I need small words preferably with pictures, please.

For long-time followers of this blog, we have talked about the BBT before. So this will be a refresher.

Every scene in your book should have an antagonist, but I am getting ahead of myself. Today we are going to start with the Big Boss Troublemaker. No BBT and you have no story. Your opposition is the most important ingredient for a great story readers will love.

The Big Boss Troublemaker is whoever or whatever causes the protagonist’s world to turn upside down. This is also who or what must be present at the Big Boss Battle. In Star Wars, the BBT was the Emperor. It is his agenda that causes the inciting incident and it is he who must be faced in the final battle or the movie ain’t over.

In the beginning of The Chronicles of Riddick, Riddick is running from bounty hunters. Due to the nature of the story, it begins right in the action. Who is the antagonist? In that scene it is the bounty hunter.

Their goals are in conflict. The bounty hunter is the antagonist in the scene, but he isn’t the Big Boss Troublemaker.

Riddick and the BBT, Lord Marshal.

The stronger your BBT, the better. In the beginning, your protagonist should be weak. If pitted against the BBT, your protag would be toast…or actually more like jelly that you smear across the toast.

The Big Boss Troublemaker doesn’t have to be a person. It can be a storm, like in The Perfect Storm or disease, like in Steel Magnolias.

The first one is pretty simple, but the next two? This is where things get tricky when the BBT is not corporeal. Humans don’t do so great with existentialism. Thus, your story likely will lend itself more to a character battle. What is it about your protagonist that will change when pitted against nature or the worst parts of himself?

In The Perfect Storm, was the storm really the BBT? Or was it merely a catalyst that brought forth the real BBT…pride. In the end, the men lose. They believe that their skill will be able to triumph over the storm, and they are wrong, which is probably why I really didn’t care for the book or the movie, but that is just me.

In Steel Magnolias the BBT is diabetes/death, manifested in the proxy of the daughter Shelby. Shelby’s decision to get pregnant despite having life-threatening diabetes (Inciting Incident) is what changes the mother M’Lynn forever. What must change about M’Lynn? She is a control freak who must learn to embrace life for all its ugliness. She cannot beat death, or can she?

We see M’Lynn in the beginning of the movie fluttering over her daughter’s wedding, controlling everything and tending to the flowers and the broken glasses (symbol). When Shelby dies, M’Lynn is once again trying to control everything, tending the flowers and the broken things—her husband and sons. She falls apart after the funeral. M’Lynn has let go of control and the arc is complete.

In the Big Boss Battle, the BBT is defeated. How? Shelby is dead. Shelby is the proxy of the BBT–diabetes/death. The BBT is defeated in that there is resurrection. Diabetes and death have been defeated. Shelby lives on in the son she left behind, a grandson that M’Lynn would never have had if she’d gotten her way in the beginning and been permitted to control Shelby’s life. (Note that this entire movie is bookended by Easter).

She looks awfully sweet for an antagonist, doesn’t she?

Your BBT is the entire reason for your story. No Emperor and there is no Star Wars. No Lord Marshal and Riddick would be off doing what Riddick likes to do when he isn’t killing things. No storm and no Perfect Storm. If Shelby didn’t have diabetes, then there would be no challenge and, thus no story.

So, once you have your Big Boss Troublemaker, you will have emissaries of the BBT. Depending on the type of story, usually the BBT will have a chain of command. Some will be actual characters. The Emperor had Darth and Darth had Storm Troopers that he could send out to cause massive inconvenience to others. They all trace back to the original BBT, though. The BBT is the core of the story and must be defeated by the end of the story. Everything leads to destroying the BBT.

So we have Big Boss Troublemaker.

We have the BBT’s emissaries.

Ah, but EVERY scene has an antagonist. What is the antagonist? The antagonist is whoever is standing in the way of your protagonist achieving her goal. We will go into this in more detail in lessons to come.

Rule #1–BBT (or a proxy of the BBT)  MUST be introduced in Act I. No leading us on for 50 pages before we get an introduction. BBT is responsible for Inciting Incident.

Rule #2–The love interest generally is not the BBT. He or she can wear the antagonist’s hat, but he or she is not the best choice for the BBT. Why? Because the BBT must be defeated in the Big Boss Battle, and utter defeat isn’t exactly grounds for a lasting relationship. Yes, of course this rule can be broken, but in order to break the rules, we must first understand the rules.

Rule #3–BBT MUST be defeated in your book. Period.

There has to be a Big Boss Battle in your story or the story problem is not fully resolved. A lot of new writers are “writing a series.” And, oh, but Such-and-Such dies in book 12 of my series. No. Sorry. Try again.

In a series, the protagonist in every book MUST DEFEAT the BBT responsible for the story problem. We must treat that book as a stand-alone. If we were hit by an ice cream truck and never wrote another, the problem of our last book would be resolved.

We will talk more about this on another blog, because series are a whole other ballgame. I will give you a nugget to hold you over, though. Think back to what we talked about earlier. BBTs have emissaries sent to do their evil deeds. Treat each emissary as your BBT in each book (only you have a choice whether or not to tell the reader that this is only an emissary). But at the beginning of the next book, the reader realizes that the BBT defeated in the previous book, really was only a BBT emissary for an even bigger BBT.

In the Lord of the Rings film trilogy, each movie had it’s own BBT. In The Fellowship of the Ring, the movie wasn’t over until the showdown against the Uruk-Hai who is actually a minion of Saruman (The Two Towers) who is a minion of the Big Guy, himself…Sauron (defeated in The Return of the King). Each movie has a Big Boss Battle against that movie’s BBT. If we panned back, each movie would make up one Act of a larger 3 Act whole. 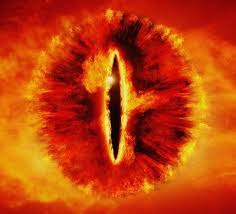