5 Common Mistakes that Will KILL Your Novel 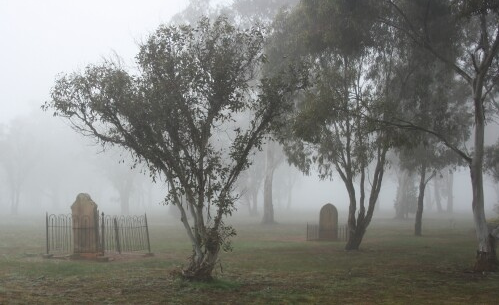 Yesterday, we discussed the often confused Man verses Self by using the movie Flight. All good Men versus Self stories still have an outside antagonist that generates the story problem in need of resolution by Act III. No outside antagonist? No story problem? Then the novel quickly devolves into pages of navel-gazing.

Literary Fiction Doesn’t Give us a Pass from Plotting

Look to all the top literary fiction and all of them have an outside antagonist that generates tension, conflict and change. The only difference in literary fiction is that the character arc usually takes a higher precedence than the plot arc.

The plot and story problems are there, but they’re purpose is to force internal change.

In Brave New World, protagonist Bernard Marx doesn’t fit the mold he was engineered to fill. The society around him lacks meaning and he travels to the reservations (of the “uncivilized” American Indians) for answers. There is a lot of push-back from the society he’s questioning, namely The Director of Hatcheries, and that generates the tension and stakes.

In Catch 22 protagonist Yossarian is creative in his efforts to save his tail from dying in war. The problem? The antagonist, Colonel Cathart, keeps raising the number of missions the men must fly in order to complete their service.

Even literary fiction involves some outside force that is causing the contemplation, depression, rebellion, etc. Whether it is the decline of the aristocracy and rise of the middle class as in Proust’s In Search of Lost Time or implosion of society, and humans-turned-cannibals in Cormac McCarthy’s Pultizer-winning The Road, we must always have an outside pressure and antagonists to drive the story momentum.

Though I will say Proust is from another time (not to mention absurdly self-indulgent), and modern audiences would probably want to pelt him with Angry Birds.

The Case of Commercial Fiction

Most of us, however, write commercial fiction. Thus, the antagonist tends to be a little less on the existential side. Here are five main problems that I regularly see in new writing, regarding the antagonist(s).

#1 No Core Antagonist (No BBT)—This will create, what I call, “the soap opera effect.” Since there is no core story problem, no Big Boss Troublemaker, each scene is just melodrama. Since there is no clear BBT to be defeated, there’s no way to ratchet the tension.

#2 Antagonist is a Caricature—Always remember that the bad guy is the good guy in his own story. One of the best examples of this is in the movie Law Abiding Citizen. The antagonist is a husband whose wife and daughter were brutally raped then butchered and he was left for dead. A flawed justice system basically gave one of the killers a slap on the wrist and now this grieving husband and father wants revenge/justice. It is really hard not to root for “the bad guy” in this movie because we so empathize.

Antagonists who just want to kill or rule the world get boring quickly. Leave the mustache-twirlers to the cartoons.

#3 Antagonist is Weak—The goal of your antagonist should always present BIG stakes for the protagonist. If the goals aren’t strong enough, your story will suffer. What will it cost your protagonist if he/she fails? This is one of the reasons novels based off diaries of something that’s already happened can be weak.

Yes, but they hold the key to her mother’s killer.

All right, but that killer (or people willing to cover the killer’s identity at any cost) better still be alive and the protagonist must be in imminent danger. The diary better be the key to saving her skin and there needs to be more than just a journal. There need to be antagonists standing in her way. When events and bad stuff are in the past? No stakes. Curiosity alone is lousy fuel for stories.

#4 Not Enough Scene Antagonists—Your story needs a core antagonist, yes. But most of the conflict will actually come from allies, love interests and threshold guardians. In Finding Nemo, Darla the Fish-Killer (the BBT) creates the story problem, the abduction of Nemo. She also provides the stakes because she’s known for shaking her fish to death. BUT, we only see her a couple times in the movie. Dori, the fish with memory issues, provides a lion’s share of the conflict that ups the tension, delays the mission and forces Marlin (a control-freak) to change and learn to trust. For more on this, here’s my post.

#5 No Scene Antagonist—Every scene must have an antagonist (dramatic tension). If we have a scene where two characters are simply talking about a third? Info dump, not fiction. Refer to David Mamet’s Letter to the Writers of The Unit:

What are your questions, thoughts? Who are some of the best antagonists? Why did you love them? What made them multi-dimensional? What problems are you having?