Blog Hijack: I Aim to Misbehave

Take Your Career to the Next Level–When, Why, Who and How to Fire People

Take Your Career to the Next Level–Getting Pruned 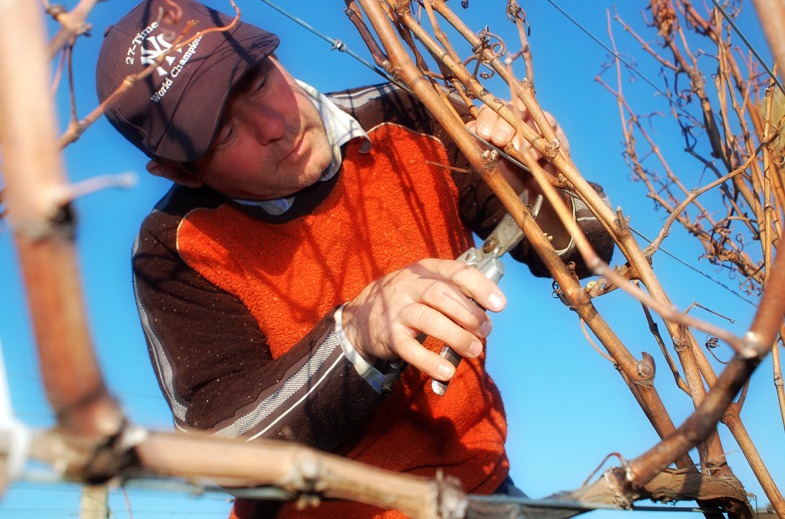 I’d like to blame it all on Jay’s roast, but having time away, true downtime, allowed me to do some thinking (which is generally dangerous and has a wide blast radius). For any of you who’ve done any yard work, you know that for a vine to bear fruit, for a rose bush to produce more flowers, for a tree to grow taller, it needs to be pruned.

One of the key ways we grow in our careers (or even as people) is to be pruned. Pruning hurts. It sucks. It takes away all the pretty fluff we thought was “progress” and renders us naked and vulnerable. After pruning, we might not look like a lot to others, but inside and beneath, great things are happening. Our roots (commitment) dig deeper so we can stand taller. 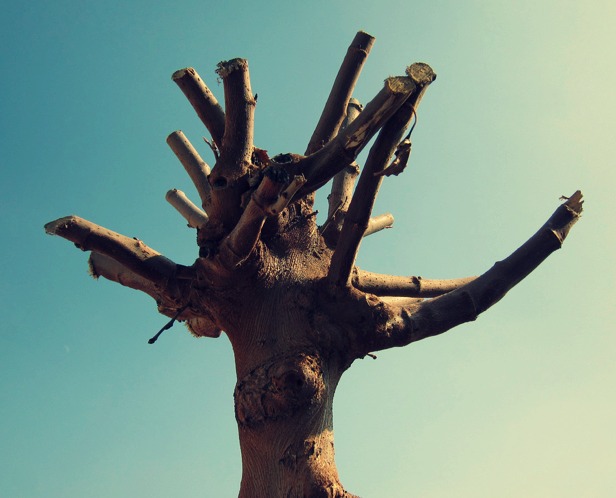 The first step to being pruned is honestly and critically looking at where we are weak. I know there are all kinds of experts who say, “Only focus on your strengths. Don’t work on your weaknesses. You can’t be good at everything,” and that is true to a degree.

On some stuff? We need to become experts.

When I first started writing fiction, my dialogue was fabulous, my prose lovely and my characters all adorable…but I could not wrap my head around the antagonist and plotting, thus wasn’t generating true dramatic tension.

Okay, I was playing Literary Barbies.

This was a critical node that would undermine everything I wrote. So I read every book available about plotting and tore apart every book I read and every movie I watched until I had it nailed. But I had to admit my weakness (pruning) to grow stronger.

Practice does make perfect, if it is intelligent practice.  If practice isn’t guided, it can just create a crap load of bad habits we’ll just have to fix later. Just ask anyone whose worked five minutes with a golf pro. Swinging the club incorrectly a thousand times doesn’t improve our game. It creates tendonitis, back problems, and eventually we get a lot of chigger bites from hunting for golf balls off in the rough. 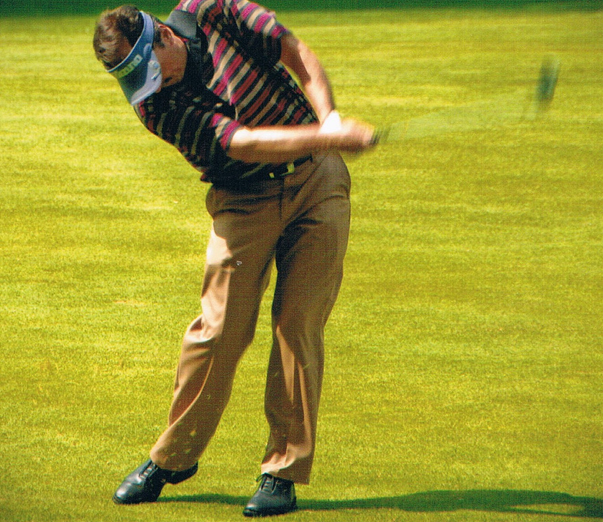 Ah, but to know where to gain expertise, we need to know and admit our weaknesses and flaws.

Back to pruning. We love to look at our flowers, the stuff we’ve done well. Ah, it’s so pretty. I think I’ll call her “Tiffany.” It’s hard to admit where we fall short or are outright failing.

This is one of the reasons rest is so vital (and has been an area where I’ve been failing a lot). We can’t live off caffeine and adrenaline (Who knew?). And if we are always knee-deep in the mess, we lack perspective. Pulling away allows us a new vantage point and permits our brains to calm down long enough to really “see.”

Know there is a difference between fixing weaknesses and fixating on them.

I launched WANA International about a year ago. I’ve always had an entrepreneurial spirit and I wanted a way to reach more writers and offer affordable classes. I also wanted a way to highlight what I believed was emerging talent and use my platform to boost theirs.

Launching a business (publishing a book) requires risk and often we don’t know what we don’t know. More often, we figure it out when it goes BOOM. The learning curve of being a baby CEO has been steep and I am still learning.

I have been pruned…a LOT.

I’ve had to fire people I adored, who I really wanted to succeed. I’ve tried technology that sucked and formats of classes that just didn’t work out. Put out classes no one signed up for.

To succeed, we need to take risks and I will warn you ahead of time that a lion’s share of the risks we take (especially early on) will be mistakes. But some will turn out to be the best thing you’ve ever done, too.

I took a risk on Lisa Hall-Wilson and Marcy Kennedy and they have become shining WANA diamonds. But for every person who works out, there are fifty who haven’t. The ones who didn’t? That’s pruning. Each “failure” took me down a notch to learn to be better at diamond-spotting. Still working on it. 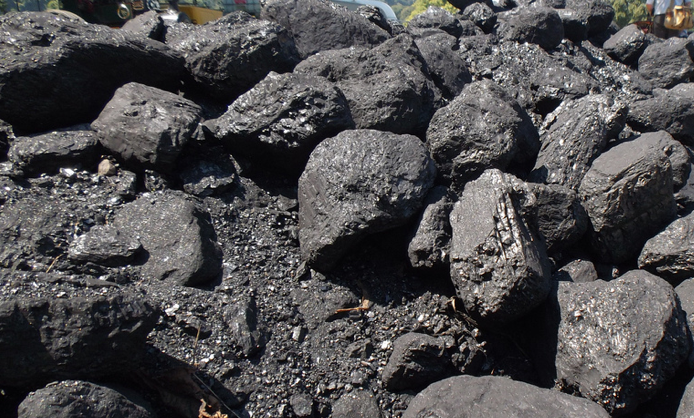 I took a risk helping Piper Bayard with her book, Firelands, which has become a best-seller. But for every Piper, there have been a hundred writers who didn’t want to face the ugly and do the hard stuff. Some just faded away, gave up, and some have been all-out cataclysms (for more read Plagiarism and Terrell Mims–A Chronic Case of Epic Stupid).

Terrell (and others) taught me that talk is cheap. Pay attention to what people do and what they say. Are they congruent? Does the person have character? Are they focused? What is the person’s work ethic? Are they willing to do the hard stuff?

But where would I be if I’d just sat and cried I was bad at business and a failure and terrible at judging people?

I suppose part of the reason it’s tough to have a Kristen Lamb roast is that I serve roasted Lamb daily on this blog :D.

After my vacation, I have a teensy-tiny list of like one small thing…okay a long…okay a looooooong, looooong, like longer than my arm list of stuff I am committed to working on now that I’m home.

For instance, there are areas of business I just don’t understand as well as I need to in order to be an effective CEO. Does this mean I need to get a degree in business and be a new Jack Welch? No.

But I do need to study, to understand stuff well enough to know who to delegate what to and then how to hold said person accountable. I need to know enough to ask the right questions and understand if I am getting the right answers….or even if I need better answers.

Yes, work on your strengths. Writing is my strength and I train it daily. But, as writers, we are also small-business owners. We need to know the business side of our business or we waste time, energy, money and can even get fleeced.

And you will likely screw up. It’s okay. We learn by making mistakes. Too many people expect to write the perfect book the first time out, or hire the right web person day one, or make every business decision perfectly, but that isn’t how life works.

We Can’t Avoid Pruning—Indecision IS a Decision

I actually had to fire someone I cared about because this person would not take risks. This person needed validation from twenty people that every decision was perfect, and if one person said change the plan, this person changed the entire plan. We cannot live life by committee. Not and stay sane, at least.

This person was afraid of being pruned, didn’t want to lose the pretty flowers. But no pruning? No growth.

My advice? Get out there. Get dirty. Take risks. Yes, failure and mistakes will come, but they prune us so we can bear more fruit and better fruit.

What are your thoughts? Are you like and bracing for a new round of pruning? Does pruning scare you? Have you been pruned and have the fruit to show for it?

To prove it and show my love, for the month of August, everyone who leaves a comment I will put your name in a hat. If you comment and link back to my blog on your blog, you get your name in the hat twice. What do you win? The unvarnished truth from yours truly. I will pick a winner once a month and it will be a critique of the first 20 pages of your novel, or your query letter, or your synopsis (5 pages or less).

ANNOUNCEMENT: I have a class coming up SOON, Creating Conflict and Tension on Every Page if you want to learn how to apply these tactics to your writing. Use WANA15 to get 15% off.

Also, my new book, Rise of the Machines–Human Authors in a Digital World is NOW AVAILABLE.

I will announce July’s winner when I’ve had a chance to unpack.