Asking "What If?" & Exploring the Unknown–A Final Word on Writing Horror 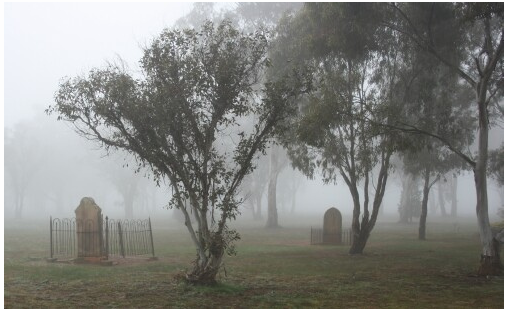 Fear is the most important tool in any writer’s toolbox. Fear is the beating heart of conflict, no matter the genre. Fear of death. Fear of losing love, not finding love, not recognizing love. Fear of change. Fear of remaining the same. In Cormac McCarthy’s Pulitzer Prize-Winning Novella The Road, the story was less about a fear of death and more about the fear of survival at the expense of one’s humanity. In The Joy Luck Club, Amy Tan explores the fear of continuing generational curses.

In Winter’s Bone, Woodrell examines fear of family, what it takes to possibly betray family and risk death by turning on kin. In Virginia Woolf’s classic Mrs. Dalloway, Woolf probes the fear of being meaningless. Alduous Huxley’s Brave New World explores the fear of government, the tendency of the masses to devolve to mediocrity, and the dangers of society that only exists to seek empty pleasures and instant gratification.

Suffice this to say that I believe all great works (even outside of Horror) tap into our deepest primal fears, probe them, open them, expose them and maybe even (if we are fortunate) give us a glimpse of a cure.

Kevin continues today with a final word about horror.

We’ve discussed many things in the past few days about why the horror genre is important, why writing it is important and hard, but I’d like to offer this final thought: if we expand our definitions of horror past chainsaw wielding maniacs and human centipedes, we find that horror, at the root of it all, is often about a quest into the unknown.

As I’ll detail in one of my workshops at WanaCon, almost all the horror plots involve some level of discovery, penetrating the unknown. So horror exists not only because of mankind’s universal fears and a desire and NEED to deal with those fears, horror exists because there exist those special folks – horror writers – who are consumed with the desire to KNOW things, to ask questions that others would never think of asking, or, as the case may be, never dare ask.

I’d like to leave you with this final thought from Stephen King’s Danse Macabre, about why some of us blessed (cursed?) folks are drawn to writing horror:

“As you get ready to leave, think about this…or brood upon it: 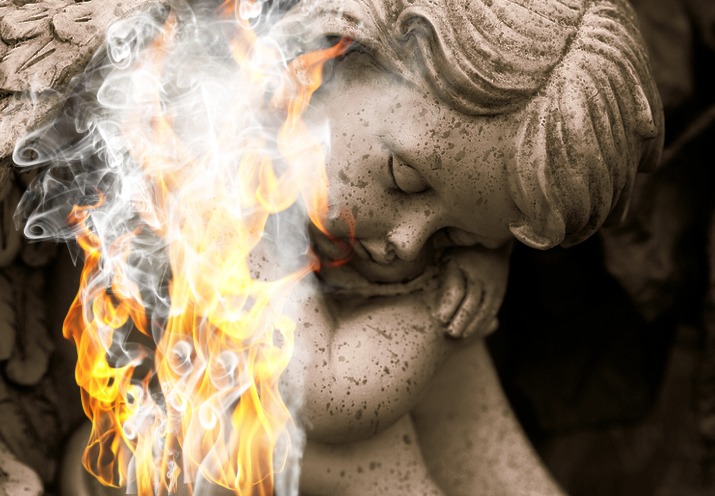 The Story of “Little Miss Nobody”

On July 6th, 1944, the Ringling Brother and Barnum & Bailey Circus was giving a performance in Hartford, Connecticut, before 7,000 paid customers. A fire broke out; 168 persons died in the blaze and 487 were injured. One of the dead, a small girl thought to be six years old, was unidentified. Since no one came to claim her, and since her face was unmarred, a photograph was taken of her and distributed locally and then throughout the U. S. Days passed, weeks and months passed, but no relative, no playmate, no one in the nation came forward to identify her. She remains unknown to this day.

And the horror writer himself/herself?

Someone else looks at that item about Little Miss Nobody – still unidentified – and says, “Jeez, you never can tell, can you?” and goes onto something else. But the fantasist begins to play with it as a child would, speculating about children from other dimensions, about doppelgangers, about God knows what else.

It’s a child’s toy, something bright and shiny and strange. Let us pull a lever and see what it does, let us push it across the floor and see if it goes rum-rum-rum or wacka-wacka-wacka. Let us turn it over and see if it will magically right itself again.

In short, let us have our Fortian rains of frogs and people who have mysteriously burned to death while sitting at home in their easy chairs; let us have our vampires and our werewolves. Let us have Little Miss Nobody, who perhaps slipped sideways through a crack in reality, only to be trampled to death in  a rush from a burning circus tent.

“It’s the best set of electric trains a boy ever had,” Orson Welles once said of making movies; the same can be said of making books and stories. Here is a chance to bust that tunnel vision wide open; bricks flying everywhere so that, for a moment at least, a dreamscape of wonders and horrors stands forth as clearly and with all the magical reality of the first Ferris wheel you ever saw as a kid, turning and turning against the sky. 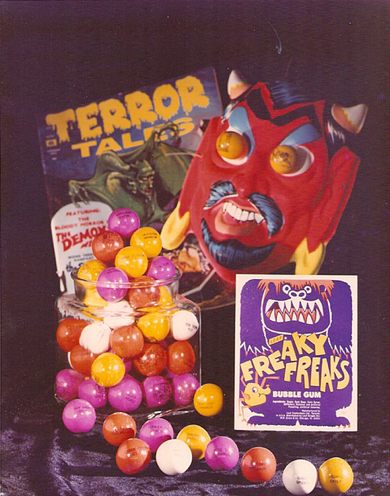 “Someone’s dead son is on the late movie. Somewhere a foul man – bogeyman! – is slouching through the snowy night with shining yellow eyes. Boys are thundering through autumn leaves on their way past the library at four in the morning, and somewhere else, in some other world, even as I write this, Frodo and  Sam are making their way toward Mordor, where the shadows lie. I am quite sure of it.” ~Stephen King, Danse Macabe

This is the best way to end my series, I think. I’ve tried to say some very noble things about the importance of the horror genre, and how it’s just as valid as any other genre, and why writing good horror is just as difficult as writing the next Great American Novel.

But all those comments come from my critical, analytical side (where I live every day as an English teacher), and all my own noble and worthy writing goals have become very rooted in my subconscious. What really pushed me toward the horror genre to begin with was the eternal, burning question: Why? and its inevitable follow up: What if…?

The horror genre, the genre of the fantastic and strangely beautiful wonders and horrors, simply offered me the most room to play in. I could write a story about a father mourning the loss of his son, and, gripped by guilt, how he goes and sits next to a pond to watch the ducks, and maybe somebody rides by on a bicycle, and then through some heavy exposition – or through the symbolism of a burning sunset – our grieving father works through some resolution, gaining closure as he finally forgives himself.

But that’s just not me.

Cause I really like the idea of his dead son being on the late night movie, reaching through a very special and strange television screen….

Somewhere deep in my own little Twilight Zone.

THANK YOU, KEVIN! *does cabbage patch dance* Cabbage Patch Dolls. Talk about creepy (and yes I had them anyway).

What are your thoughts? Do you find yourself holding back in your own writing? Afraid to go to the dark places? What other works (horror or not) do you think did a really fabulous job of exploring our fears? Why did they rattle you? What made you uncomfortable? Did you find relief at the end?

I LOVE hearing from you, and I know Kevin will, too. Ask him your questions. Tell him your fears. Comments for guests get double weight in the contest. Btw, I will announce September’s winner next week. Too slammed with WANACon right now to do it properly. Ah, the contest…

To prove it and show my love, for the month of September, everyone who leaves a comment I will put your name in a hat. If you comment and link back to my blog on your blog, you get your name in the hat twice. What do you win? The unvarnished truth from yours truly. I will pick a winner once a month and it will be a critique of the first 20 pages of your novel, or your query letter, or your synopsis (5 pages or less).

Kevin Lucia has worked as an Editor for Shroud Magazine and a Submissions Reader for Cemetery Dance Magazine, and is now an Associate Fiction Editor for The Horror Channel. His podcast “Horror 101” is featured monthly on Tales to Terrify and his short fiction has appeared in several venues. He’s currently finishing his Creative Writing Masters Degree at Binghamton University, he teaches high school English at Seton Catholic Central High School and lives in Castle Creek, New York with his wife and children. He is the author of Hiram Grange & The Chosen One, Book Four of The Hiram Grange Chronicles and his first short story collection, Things Slip Through is forthcoming November 2013 from Crystal Lake Publishing.

WANACon is THIS WEEKEND!!! Day One and Day Two are for sale separately so you can choose if you only can fit part of the conference. Just a note: A LOT of major authors sacrificed time for no or little pay to pay it forward and offer an affordable and easily accessible conference for those who need one and WANA is extremely grateful to have them.

AGAIN, THIS WEEKEND!!!! Get PajamaCon and BOTH DAYS OF THE CONFERENCE for $149 and all recordings for anything you miss or need to hear again. Sign up today, because seats are limited. REGISTER HERE.