The First & Most Crucial Step to OWNING NaNoWriMo 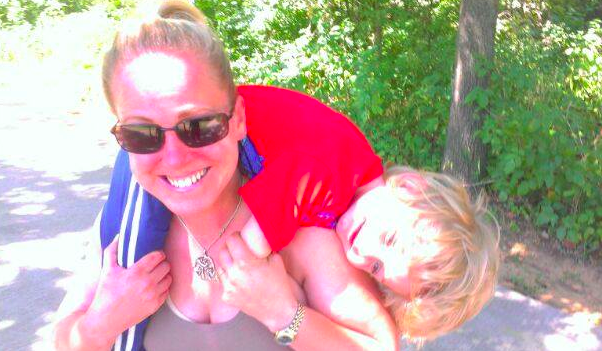 No Spawn left behind!

I love all of you, so it might be best to hear this from me. Sit down. We need to talk. Writers are….”different.” This might not be news to some of you, but I imagine others of you are in denial. I know I was for ages. We try SO HARD to be normal, but normal is just so, so, so… normal.

Our “differentness” weirds normal people out, because they’ve been trained by TV what the writer’s life should look like.

Just like DNA analysis takes less than 10 minutes on an episode of Rizzoli & Isles and the bad guy is caught and in cuffs in less than an hour, what “looks” like writing and the creative process in movies? Kind of isn’t. Not even CLOSE.

Too often, pop culture paints authors as caricatures instead of pros. We mainline coffee (okay, that’s accurate), are barely functioning alcoholics who dither around instead of writing. At the last moment, we are visited by the genius fairy, type for a full  week 24 hours a day to turn in a masterpiece (last minute) to our agent who’s been calling over and over worried sick about us.

***Though I will cop to being a functioning yarn and video game addict. 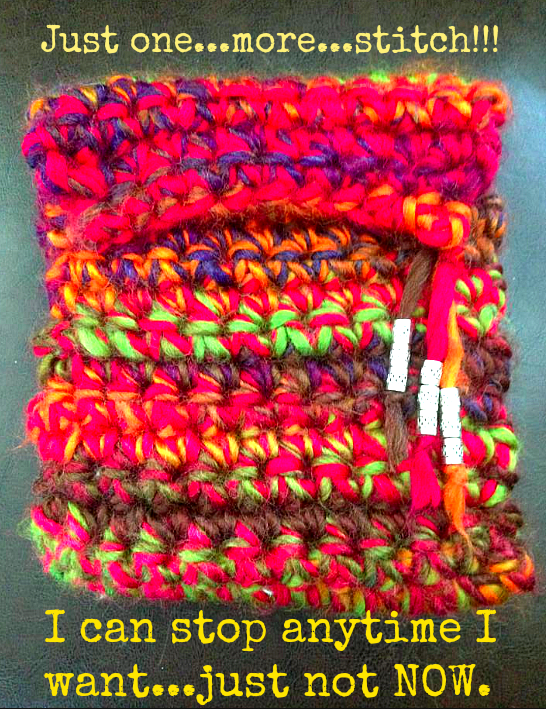 There are a lot of activities we must do to write great stories that, to the outside world, look a lot like goofing off. We aren’t goofing off (though without discipline it can become that). Lately (namely because of Shingles) I have traded Jui-Jitsu for crocheting until my doctor clears me for beating people up.

But there is a LOT of thinking and pondering going on while I work on my projects. I watch series and deconstruct plots, characters, etc. I note dialogue. I contemplate ways one could kill people with crochet needles and if I could write a series called The Etsy Murders (no stealing O_o).

…and have a nifty Kindle case to show for it 😀 .

We must fill our creative well before we write, or we have nothing to draw from.

Creative people are a lot like tigers. We do a lot of what looks like laying around and warming our bellies in the sunshine. Yet, what we’re really doing is powering up because, once we go after that first draft, those words can be more elusive than a gazelle that’s doping.

Regular folks who clock in and clock out of jobs in cubicles are grazers. They do the same routine day after day. *munch, munch, munch*. I feel this is often why creative people feel so stifled in these environments. We’re tigers stuffed in a non-tiger role.

Strong writers are apex predators who lurk, plan and power-up until go-time.

I spent two and a half years researching for my last social media book Rise of the Machines—Human Authors in a Digital World. I read stacks of books on neuroscience, sociology, communication, the history of communication, leadership, sales, etc. This probably didn’t look (to many others) like working. Yet, it was. I was filling my mental reservoir. When my hands met the keyboard, I wrote almost 90,000 words in six weeks that needed minimal revision.

Same in fiction. I knew I wanted my series to involve Mexican drug cartels. What did I do? I watched A LOT of documentaries, read books, articles, blogs, collected images, and played video games.

Take Time to Fill Up

Too many writers fail to finish NaNo because they haven’t fueled up properly. If one studies any endurance athlete, what do they do before an Iron Man or the Tour de France? They EAT. A LOT. Endurance athletes know they need the extra weight because it isn’t uncommon for participants to lose as much as twenty pounds by race end. 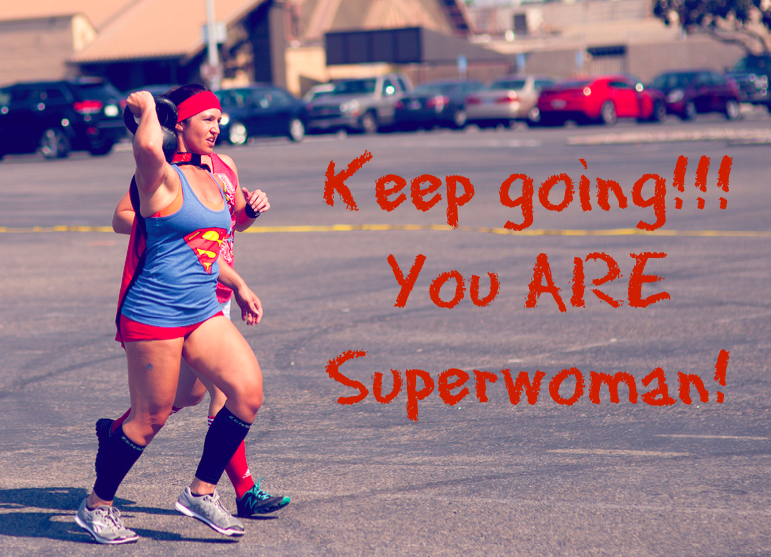 Yet, how many of us go into writing a book with a malnourished, anemic muse?

Part of why I love NaNo and Fast Draft is it does a number of things. First, it tires out the analytical side of the brain that wants to edit and make everything “perfect.” REFUSE TO EDIT. If you’ve taken time to feed the muse, your “Boys in the Basement” could be doing some seriously cool mojo, and if you edit that out? You can benevolently tank your story.

Often a lot of the subplots or cool twists and turns come from all the stuff we fed the muse ahead of time. For instance, there is a scene in the first book of my trilogy book where the two main characters find an old drug house and of course teenagers and addicts have been in there and there’s a ton of graffiti. There are the usual pentagrams, devil-worshipping symbols, goat heads, gang signs, profanity, etc. but my fingers typed (seemingly of their own accord) that there was also a veve of Papa Legba. 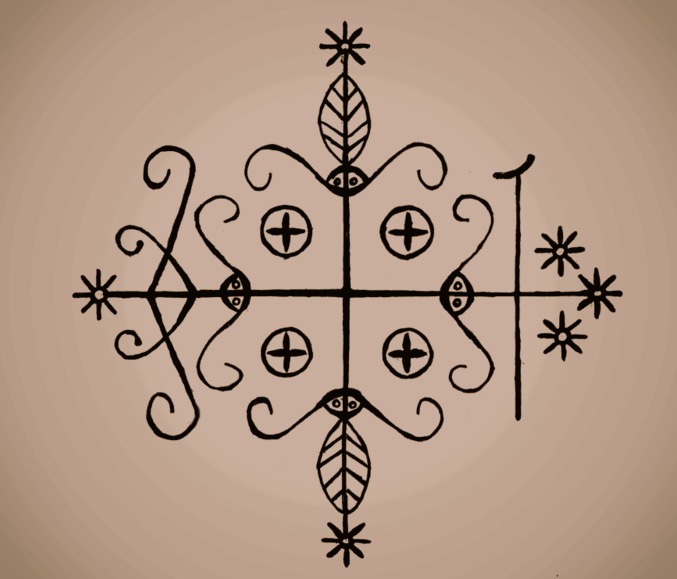 Huh? Voo-doo in southwest Texas? Where did THAT come from?

Probably a documentary. I began to backspace over it, but then let it ride. My FBI agent notices the veve, recognizes it, and finds it odd and “out of place.” This is all that is mentioned of the veve in this book, because my subconscious already had the plot for Book Two which involved…Santeria.

My subconscious must have pulled up the multiple news stories of bodies with hearts removed (or headless) who were presumed to have been killed in ritualistic fashion by cartel leaders for otherworldly protection over their operations. My muse was placing the perfect bread crumb in the story to lead to the next one.

But what if I hadn’t “wasted” all that time reading and watching documentaries? What would my muse have been able to draw from? A bag of stale Goldfish or a 10 course meal?

Another reason I love NaNo is that once we tire out the analytical side of the brain, we can fall into a sort of trance, much like a runner’s high. This is where the muse hits overdrive, and, since we are SO immersed in the story, we become part of that world.

This means we’re less likely to lose ideas or make major mistakes because we’re hyper-familiar with the terrain. If we start writing, then put a book away for a month and try to pick it back up, we need to do a lot of refreshing and the story can become jaunty and incongruent.

I recommend checking out another of my posts: Write FAST and Furious! Learning to Outrun “Spock Brain.”

My recommendation before writing ANY book is total immersion. I read a lot of submissions and many of them have a bunch of fluff and filler and that could have been avoided if the writer had more research to draw from. 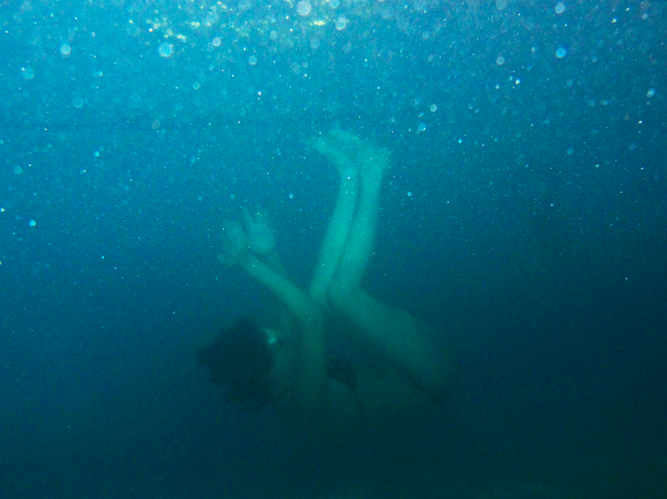 It’s easier to use setting powerfully if we’ve researched the terrain ahead of time. What do people in certain roles or regions talk like? The more facts, images, and stories (even news stories) we have in our head? The richer the work and the easier to give our writing texture.

Later, we’ll discuss some ways to fill the muse. And yes, a lot of it might look like goofing off, but runners preparing for a mega-marathon do a lot of what looks like eating a ginormous bowl of pasta or downing special protein drinks. Not especially glamourous, but essential for success.

How do YOU fuel? What things do you do to enhance creativity that looks like slacking? Are you afraid to watch TV or movies because you fear you aren’t…GASP…writing?

Will announce September’s winner later this week. Have to tally :D.

WANA has a super cool class coming up October 4th. VERY RIGHT BRAIN and a cool and unique way to envision your story and prepare a rich, textured novel with deep and dimensional characters. Rachel Funk Heller is teaching Prepare for NaNoWriMo–Writer’s Coloring Book. Give yourself and your brain a play date. It’s good for BOTH of you!