Time Management—Are We Busy or Fruitful?

The big news in publishing this week is Barnes & Noble’s plan to ax the Nook. After losing over a billion dollars trying to make the Nook a contender, it seems B&N’s new CEO is ready to just cut bait. According to Michael Kozlowski over at Good E Reader:

All I have to say is…OUCH.

I’d like to say I find this news shocking, but I don’t. Of course the question will be, what happens next? As an expert, often others ask us to offer up some predictions. Back in 2009 the Nook was new and doing fairly well, so I gave Barnes & Noble ten years before it would be gone.

If B&N did survive, it was going to be through the Nook which I figured would probably just be bought out by Kobo or Sony or some bored Saudi American prince. I adjusted my prediction in 2012 to five years or less and with the recent news, sadly, I might be correct.

So why is B&N still hemorrhaging?

One reason many major brands have become casualties in the Digital Age is that they failed to understand that customers now expect business (products and services) to come to them, not the other way around. Consumers liked downloading a song instead of traipsing to a music store. Consumers preferred digital photos over dropping off film. Instead of Tower Records and Kodak leading the way to a new model of service, they became casualties.

We are either architects of the future or artifacts in the future.

Before e-books, if we wanted to read a book, we made a trip to the bookstore (or library) because that’s where we could buy books.

B&N was very predatory in the 90s until about 2007. They made sure to build fancy mega-structures on every corner complete with coffee shops and discounts as deep as their chairs and they didn’t lose sleep over the independents they drove into bankruptcy.

Yet, this was smart. Consumers of the time were fascinated with megastores and this was a good plan that worked for a while. But, business is organic. It grows and contracts and changes and shifts and anyone in business is wise to remember this.

Bigger is better…until it isn’t.

What is REALLY an Advantage?

Malcolm Gladwell has a really cool book called David & Goliath: Underdogs, Misfits and the Art of Battling Giants where he explores how elements we perceive as advantages are often serious disadvantages.

The bible story David and Goliath is the ultimate underdog story. Back in the day armies, in order to avoid suffering major casualties, would agree to simply pit their best fighters and winner took all.

Most of you know the story. Goliath the Philistine was highly trained, heavily armored and the size of a TRUCK, who also happened to be armed with a javelin, spear and sword. Yet, he was beaten by a shepherd boy with a slingshot. At first glance, this seems nothing short of miraculous, but if we dive a bit deeper?

If David had taken King Saul’s armor and sword and fought conventionally we likely would never heard this story. David would have been toast…or more like the jelly smeared across the toast. BUT, David refused to fight in a conventional way. A slingshot might not seem like that big of a deal but slingers were the precursors to our modern concept of an “artillery.”

In the Old Testament Book of Judges, slingers are described as being accurate within a “hair’s breadth”. An experienced slinger could kill or seriously injure a target at a distance of up to two hundred yards. ~Malcolm Gladwell, David & Goliath

This is a long way of saying that sure, Goliath was heavy infantry, but David’s sling and stone had the equivalent effect of Goliath being shot in the face with a fair-sized handgun. David refused to play by conventional rules and he won. Goliath’s fatal mistake was in assuming the conventional rules of engagement would apply.

In a marketplace governed by being leaner, meaner, faster and more convenient, propping up Goliath-sized stores was just a bad plan. Sure, Nook had the potential to rescue B&N out of their predicament, but it didn’t. Why?

Because the Nook was still acting like a Goliath.

The company had an identity crisis and failed to make the full transition away from being BIG. Instead of leading the charge to being small and lithe, they tried to use Nook only to prop up the same old way of doing business.

In my opinion, this is like a partial heart transplant. Either be fully committed or forget about it.

They remained married to Big Publishing and bloated price models, were less than supportive of indies (even though those were SALES), and they were still scope-locked on brick-and-mortar.

And before anyone laughs, I think it is pretty safe to bet that Blockbuster Video would still be among the land of the living had they introduced the Redbox technology first. But, instead they kept doing the same old same old and tried to use on-line video only to buttress the lackluster stores that were growing weaker by the day. 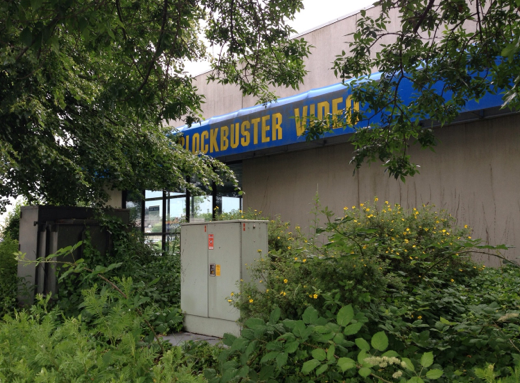 Brave in a Brave New World

We live in amazing times where branding happens at the speed of light. We cannot afford to be idle. A lot of the big brands are feeling this in a major way. This is not limited to publishing. I know this because I work with a branding firm and most of our major accounts have been reinventing what one would think of as firmly established brands.

Sure, in a consumer market where there are only a handful of beer companies, it is safe to use the same kind of marketing. But what happens when the marketplace is deluged with microbreweries and boutique brands? When the young people prefer to enjoy an Ugly Pug Lager or a Buffalo Butt Amber instead of a Miller Lite? How do you not only remain relevant, but convert the youth into being the next generation of loyal consumers?

We have to be brave. We have to fight like a David.

Writers are the ultimate Davids. The indies are responsible for altering the publishing landscape. Writers have unimaginable creativity and resilience. Writers understood the business was about stories, not paper. We didn’t care how readers partook of our books (paper, digital, smoke signals, carrier pigeons), we only cared that they DID. Writers embraced the power of social media and a lot of folks in publishing are now eating the words, “You don’t need social media. All you need is a good book.”

When all the smoke has cleared and B&N either reignites or fizzles out, it won’t matter. Writers will still remain. It just seems funny to me that the very people the Book Goliaths so recently wrote off (writers) probably could have taught them a thing or two 😉 .

And what we can take away from all of this is that we writers have to stay frosty. Books are not about us, they are about the reader (code for consumer). We can look at what might appear to be a disadvantage and look at it in a new way. In the end, it takes grit to do what we do. So stay BRAVE.

What are your thoughts? You think B&N is just buying time until the end? Do you think they could rally back? How could B&N reinvent in a way to gain your loyalty?

Quick Announcement: Due to popular demand, I am rerunning my Hooking the Reader—Your First Five Pages at the end of the month and I am doing something different. Gold Level includes me looking (and shredding your first five) but I have added in some higher levels and will look at up to 20 pages. This can be really useful if you’re stuck. I can help you diagnose the problems. It’s also a great deal if you have to submit to an agent and want to make your work the best it can be.