Mistakes Were Made & The HIGH Cost of Free 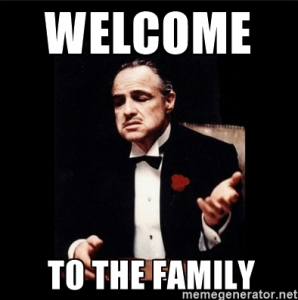 What really makes a great story? I read an insane amount and always have, but it really wasn’t until I decided to go pro that I began looking at books very differently. Why were some books so utterly forgettable and others? I couldn’t get out of my head. What made the difference?

Why do I still revisit The Hours, The English Patient, Big, Little Lies, A Girl on the Trail, Gone Girl, The Luckiest Girl Alive? And others? I can’t recall if I even read them. I look at my Kindle menu and it claims I read it but… 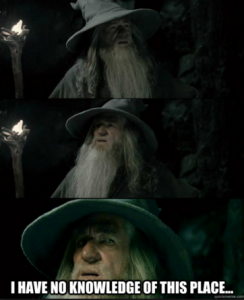 This said, I’ve been putting a lot of thought lately into character. Reverse engineering it so that I can better understand what makes it tick. I’ve mentioned the raging debate about character-driven stories versus plot-driven stories and really all great stories are both.

Story is a machine. An engine. And if story is a machine, then plot and character are cogs. If one is flawed or weak or breaks? It cannot help but impact the overall machine.

But today, we are going to focus on the character cog. How do we create characters with resonance?

Now, I know a lot of writing books recommend doing character sheets. There is nothing wrong with that. Get it out. Free write on the page. Think about who the character is, where she came from. Social class, religion, economic status, childhood, etc. Tell his or her life story and get it down.

But now I want you to dig a little deeper—ok, a LOT deeper—and ask…

What is my character’s paradigm?

This is to say, what is her reality? Her framework? What defines her? And, most importantly, what is its center? How does the character define his or her worth? Because a background sheet is nothing more than facts without context. To create a dimensional character, context is king.

Though sociologists and self-help experts have used the notion of paradigms to assist personal growth, as a writer I felt the need to use this idea for a far darker purpose. Instead of using the paradigm to fix messed up people, I use it to create them.

So I bring you…

The Seven Habits of Seriously Messed Up People

Great fiction is about problems. It is about people with problems. And the more messed up they are? The better. 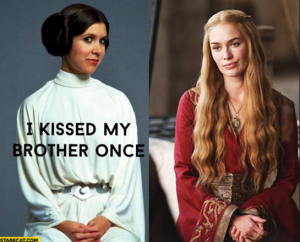 This means that to write any great story, we are going to need to create some seriously jacked up people.

So to do this, we need to know the character’s paradigm. But before we go further, I want to explain a bit how a paradigm works. Stephen Covey explains the paradigm as a set of lenses through which we see ourselves and our world. Rolling with that metaphor, a quick story to help you relate this to creating memorable fiction.

When I was pregnant with Spawn I suddenly needed glasses after having perfect vision my whole life. So I get glasses and can see! Yay! I just assumed I was getting older and accepted I now wore glasses.

But then something strange happened.

When Spawn was about three I kept getting headaches. My eyes hurt. I couldn’t see detail. Naturally I assumed I needed a stronger prescription so I went to the eye doctor. Turned out? I no longer needed the glasses. My vision had returned to 20/20.

So why did I feel the need to share?

Regardless, they (our characters) believe their vision is correct, but we as Author God know that it isn’t. Our characters are suffering the headaches, strain and fatigue but are not necessarily aware what is causing such discomfort.

Plot is what will reveal that the old lenses are flawed and trade them for newer, corrected lenses that finally offer the clear picture and alleviate the strain.

For instance, in Liane Moriarty’s Big Little Lies the character Madeline has a family-centered paradigm. Her worth is determined by her effectiveness as a mother and being needed by her children.

In Jessica Knoll’s Luckiest Girl Alive, Tif-Ani has a status-centered paradigm and believes social position and wealth are the most important things in life, that they are what will make her happy. Her dream job and marrying old money define who she is.

In Michael Connelly’s The Lincoln Lawyer, Mickey Haller has an achievement-centered paradigm. Winning is paramount because winners get paid. He does not see himself as a justice-seeker, which is why he only defends those he is sure are guilty.

When we pan back and look at these great stories with the idea of paradigms in mind, then the genius of plot becomes far more obvious. We have the characters, we know them and now we have the perfect way to make them scream. We are going to show them that what they believe to be true really isn’t, that what they see is inherently flawed. That is what all three of these authors did in these three remarkable stories.

Madeline gets tossed through the parenting wringer, Tif-Ani is forced to confront the demons of her past that are driving her future, and Mickey Haller is confronted with the client he always feared. And to me, THIS  is what elevates stories like these from mundane to magnificent.

All great characters have their paradigm challenged then shattered then reformed. Paradigm melds character and plot into one. Plot problems are more than just “bad stuff happening” and instead, are direct challenges to the ego. Without paradigm, characters are one-dimensional puppets passively reacting to ill fortune. 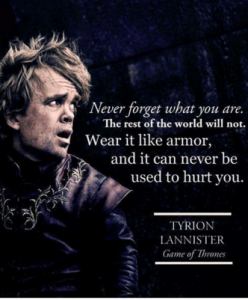 Paradigm is what adds depth to that backstory because backstory alone is not enough. We need to get to the interpretation of the backstory.

Game of Thrones. Every single one of the Lannister children is remarkably different even though they are from the same family…because of paradigms.

But even if we simply wrote ONE character background, we could have the same background and create countless variations off of it. How? Paradigm.

One woman grows up in a big domineering over-involved family and can’t wait to run away and do her own thing. She has no interest in marriage or children and wants a career.

Another? Has no idea why you wouldn’t want to live across the street from all ten of your relatives. She can’t imagine a world where family wasn’t meddling in everything. She can’t wait to get married and have lots of babies.

Same back story. Different interpretation. You, Author God, get to choose 😉 .

So study it. Go to your favorite movies and series and think about the characters using this notion or paradigms and I believe you will see and be able to then add an entirely new level of genius to your own work.

That and now you can use “paradigm” in a conversation to impress your family and friends 😀 .

What are your thoughts? Does this shed new light on character for you? Maybe you can see what I am talking about in your favorite stories?

I will announce February’s winner next time! I was going to announce it this time, but I lied. I am a writer and that is what writers do. We lie.

NEW CLASS!!!! Hollywood Producer Joel Eisenberg’s Master’s Series: HOW TO MAXIMIZE YOUR EARNING POTENTIAL AS A FULL-TIME AUTHOR (Includes all classes listed below) Normally $400 but at W.A.N.A. ONLY $199 to learn from Joel IN YOUR HOME.

OR, if it works better, purchase Joel’s classes individually…

Pitch Perfect—How to Write a Query Letter and Synopsis that SELLS! $45 March 20th, 2017