The Linchpin of ALL Success—Invoking the NO!

Bring on the BINGE! Creating Villains Audiences Can’t Get Enough Of 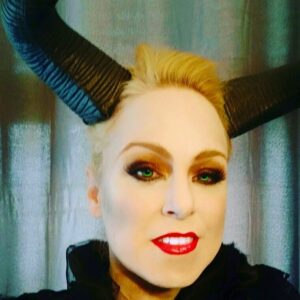 Many of us have been there. It’s late. We know we have “adulting” to do in the morning (which is in two hours). Our sensible self has been nagging us to get our @$$ to bed so long we smothered it with a pillow around midnight. Whether it’s a book, or Netflix or HBO or FX…we tell ourselves just one more episode. One more chapter. We can stop binging any time we want.

What is it that makes us lose all sense of responsibility and common sense when gut-hooked by these stories? By and large…VILLAINS.

But what goes into creating a truly terrifying villain? Or a villain who steals the show? Perhaps a villain who gains more fans than the HERO? 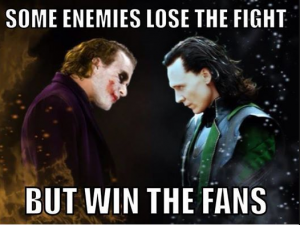 To be blunt, villains are the soufflé of the character world. Preparation must be handled with utmost precision and care or it all goes FLAT.

Villains are among the most popular and memorable characters in all of storytelling history from Grendel to Darth Vader to Ramsay Bolton.

Yet, though these characters are extremely powerful, they’re (strangely) ridiculously tough to write. Villains can too easily become one-dimensional mustache-twirlers, too dumb to live, too boring to care, or just plain silly and unsympathetic.

But, when writers do things right? It is the glorious Villain Soufflé writers are proud serve and readers/audiences cannot wait to devour….and then flat out stuff themselves half to death. 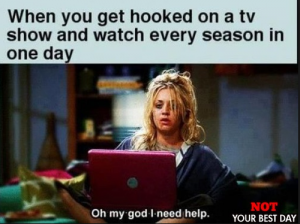 All righty, so today? Three critical ingredients for the perfect villain. Even though the villain character has limitless variations, we can at least address some NECESSARY ingredients that cover most every memorable villain.

Villains are much the same.

No blog worth its salt can discuss legendary villains without at least a nod to Game of Thrones. In fact, I could blog on villains for the next year using GoT and barely scratch the surface (of course it helps that George R.R. Martin has a cast of 2,312 characters).

How we love to hate her. Yet, why does she resonate? Why does her character strike such a visceral chord? What makes her dimensional and real instead of a paper doll mustache twirling caricature?

First, she has “noble” qualities. She LOVES her family (her brother perhaps a bit too much for our comfort, but whatever). She’s a mother and will do anything for her kids to help, assist, promote, protect or even AVENGE them.

She is fiercely devoted to her children (even a child as terrifying as Joffrey) and heaven help anyone who messes with her cubs. She’ll melt you with wildfire…then drop a city on you.

For reals. She did it

*Cersei drops mic then half of Westeros* 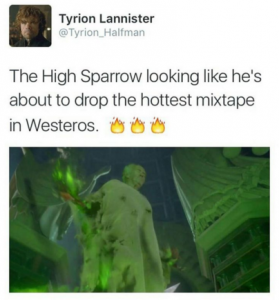 Most of us have kids, family, friends, loved ones, or even pets who we’d turn insta-psycho to protect…which is why we connect with Cersei. We share this powerful emotional vector which makes us hate her then root for her then hate ourselves for rooting for her.

Believe it nor not, Cersie possesses a highly sympathetic viewpoint. She’s a woman in a man’s world. Of all the Lannister children, SHE was the only one who paid attention, and who outpaced her brothers by a million miles regarding Rule with an Iron Fist/Throne 101.

SHE was the Lannister most qualified to rule, but instead, her father hands her off like chattel to marry a fat, sloppy, philandering joke of a leader, King Robert Baratheon (which explains a lot of why she chose Jaime *shivers*). 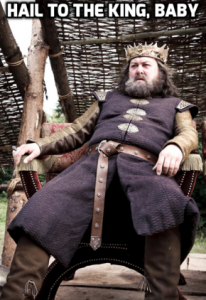 And it is this ever-pervasive powerlessness generated by the world she had no choice being born into that pisses her off more than a little (and rightfully so).

Her one brother Jaime has more interest in prancing around the country playing knight when he’s not in bed with her (*twitches a tad*) and the other brother Tyrion–in the beginning at least–is a drunken, womanizing, hard-partying dwarf she blames for her mother’s death.

She’s surrounded by men more “qualified” to rule from the Iron Throne and by “qualified” I mean they have man parts. The lion’s share of Cersei’s insane desire to gain the throne for one of her sons can be largely attributed to the fact that she believes she can rule vicariously through them and the requisite “man part.”

Of course after Season Six she’s there to blow $#!& up and she’s all out of children. High Sparrow is now a smoking crater glowing hotter than a Cherynobyl Ferris Wheel.

And that “Rule by Man Part Mandate”? She melted that, too… 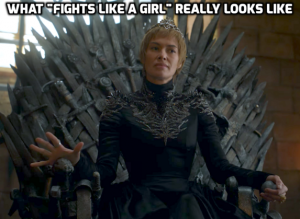 The simple lesson is if Cersei had been born a man instead of a woman in a man’s world, a villain never would have manifested to begin with.

Remember this when crafting your villain.

In fact, though often we loathe Cersei, a lot of us gals can kinda sorta sympathize. Some of us wouldn’t have minded a few caskets of wildfire to unload on the last sales meeting.

You know the one.

That meeting where the boss’s drinking/golfing buddy who’s never had an original thought in his life stole your idea then landed your promotion solely because he possessed Mystical Man Part Powers.

And for the guys? Despite the Mystical Man Part Power, you have your own version of this “powerless and %$#ed over” scenario, which brings us to…

Ingredient Three—The Villain is the Hero of His Own Story 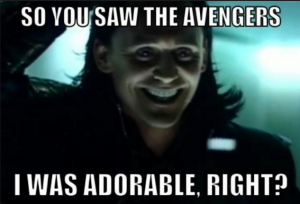 Moving away from Game of Thrones…. *pries fingers loose*

Why do we SO love Loki? Because Loki kind of has a good point and is the hero of his own story. In ways he is the male version of Cersei.

For those who’ve slept since Thor released in 2011, Thor is the movie where we first met the Tom Hiddleston Loki we all know and love and hate…but mostly love.

In Thor, we’re tossed into a tale as old as time—sibling rivalry.

In the movie, Odin has created a fragile truce between Asgard and the Ice Giants. When the Ice Giants make a sudden play to retrieve the Casket, Thor (about to ascend as the new king) directly disobeys his father’s orders and runs off full of himself, all half-cocked and ready to do some damage.

Thor has zero concept of this little thing called “consequences.” Loki, however, does appreciate consequences both for Thor and the realm and his family, and is actually a far better choice to rule Asgard.

Loki, ever loyal, genuinely loves and cares about Thor (and the kingdom), and goes along with Thor’s raid on the enemy…all the while trying to talk Thor out of being a dip$#!t.

This “punishment” only further demonstrates Odin isn’t truly punishing Thor, because everyone knows Lubbock, Texas is the far superior location for an Asgardian TIME OUT if Odin was serious about making Thor miserable. 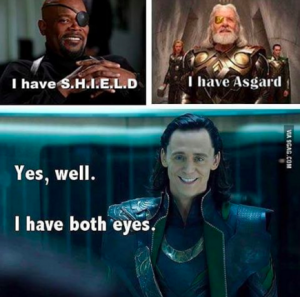 Odin also decides to take a nap instead of putting Loki in charge, even though Loki’s still left to clean up the giant mess Thor made.

Giant mess, get it? I kill myself. Moving on…

In the midst of all this, Loki discovers his whole life is a lie, including his identity, and he experiences betrayal coupled with personal extinction.

He resents Odin for a vast number of legit reasons, but mostly he hates Odin for ever considering a selfish buffoon like Thor to rule Asgard. Thus, Loki sets out to prove his worthiness to his real father and place the realm under New Management. 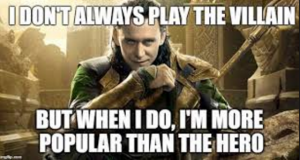 With all Loki has endured, how he’s been betrayed, and his goal that the realm be ruled by “cooler” heads—pardon the pun—we the audience find it tough not to see Loki has some seriously valid gripes.

We see he really IS the hero in his own story. 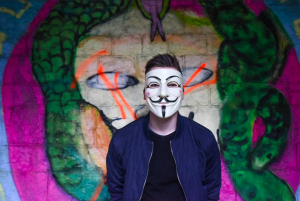 I’ve given y’all three basic, but critical ingredients for a villain readers will love to hate or maybe even love. Villains are incredibly fun to write, but since they’re by nature unstable, volatile and often combustable, they need to be handled with care.

I’m teaching a brand new class Villains and Anti-Heroes TOMORROW and that’s where we get time to deep dive the really cool stuff, so I hope you will join me! I have been STOKED to teach this more advanced class and had to move it due to losing my voice last week, so y’all got another shot at signing up (recording is free with the class if you can’t make it in person).

I LOVE HEARING FROM YOU! And I am NOT above BRIBERY!

What are your thoughts? Does this help you understand how to give depth to your villains? Who are some of your favorite villains from the page or even the screen, small or big?

Which villains resonated with you and WHY? Which villains do you remember years later? You never get tired of re-watching the show or movie or rereading the book? What villains make you binge watch? Trade gas money for Netflix?

What do you WIN? For the month of September, for everyone who leaves a comment, I will put your name in a hat. If you comment and link back to my blog on your blog, you get your name in the hat twice. What do you win? The unvarnished truth from yours truly. I will pick a winner once a month and it will be a critique of the first 20 pages of your novel, or your query letter, or your synopsis (5 pages or less).

We are in the process of moving classes around due to the two MONSTER hurricanes so a fresh class list will be available next post. You can also dash over to W.A.N.A. International to check out what’s coming up and get your spot!